How much are you willing to sacrifice for the welfare of your kids?

As parents, we simply want the best for our children. This is why we work hard, sacrifice, and give up a lot of things in our lives just to give our kids the best in life.

Some are even willing to risk their lives for their children, just like several parents in India who scaled building walls of schools to be their kids’ accomplices in cheating on exams.

During 10th grade examinations conducted in the eastern state of Bihar in India back in 2015, several parents, relatives, and friends of students were seen climbing outer walls of school buildings. Photos and videos of people scaling the walls emerged online and quickly became an internet hit over the past few days. 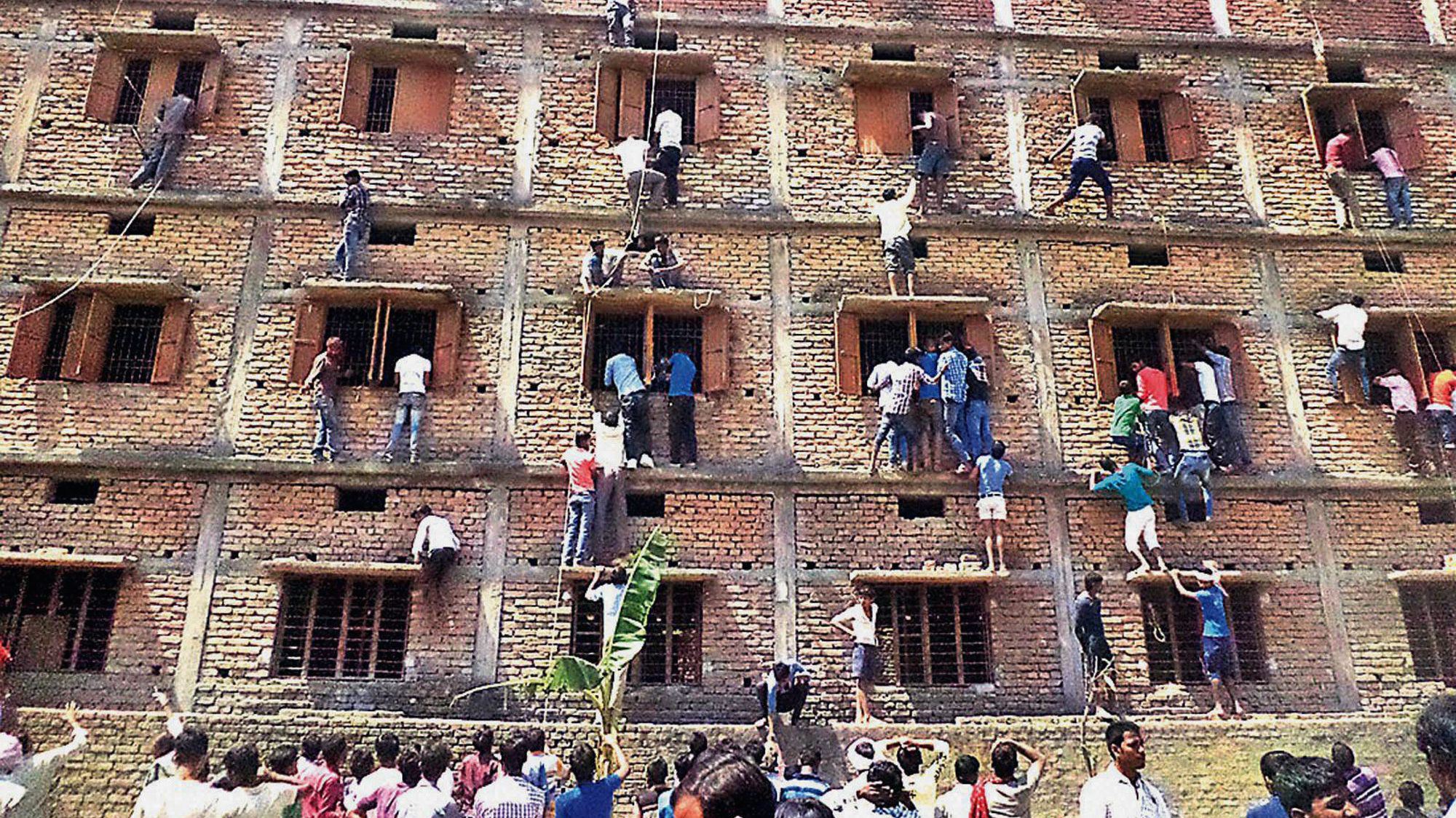 So what’s the reason behind the Spiderman stunt?

Apparently, they decided to do the dangerous feat in order to hand cheat notes to the students.

About 600 students were expelled for cheating, while nearly two dozen parents were arrested after being caught helping their children cheat. They were allowed to go several hours later.

Bihar School Examination Board Secretary Sriniwas Tiwari announced that students who were found guilty of cheating could be prohibited from taking the exam for up to three years. They could also face jail time or pay a fine for their violations.

Because of the tremendous pressure brought about by the examinations which was taken by more than 1.4 million Grade 10 students in more than 1,200 high schools in the country, many students resorted to rampant cheating.

However, this wasn’t the first time widespread cheating took place in the country. Washington Post reported that cheating has become usual in schools situated in remote areas due to heavy competition in college courses. Moreover, many of them believe that passing the make-or-break exams could help them rise from poverty.

On the other hand, experts in education in India think that massive cheating in the country stems from several other reasons like teacher absenteeism,lack of school infrastructure, and emphasis on rote learning.