When friendship forms among the unlikeliest of animals, it’s a joy to behold. Here are two species who’ve been portrayed as bitter enemies since forever but apparently, these two didn’t get the memo.

Pet owner Thoa Bui adopted a 3-week-old kitten a year and a half ago. Unfortunately, it was weak, lethargic, limp, and refused to eat. Bui was worried it wouldn’t survive.

So she let the tiny fur ball cuddle with one of her huskies, Lilo. 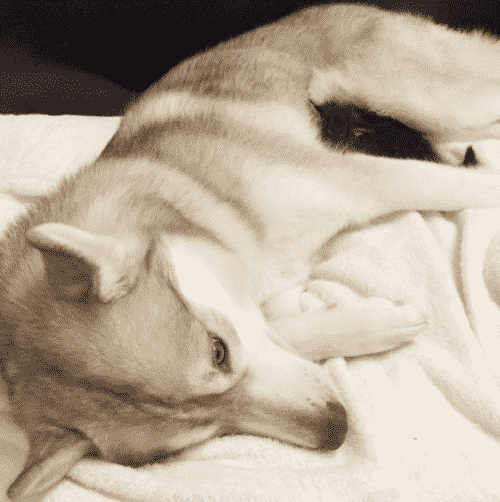 The two fell instantly in love. 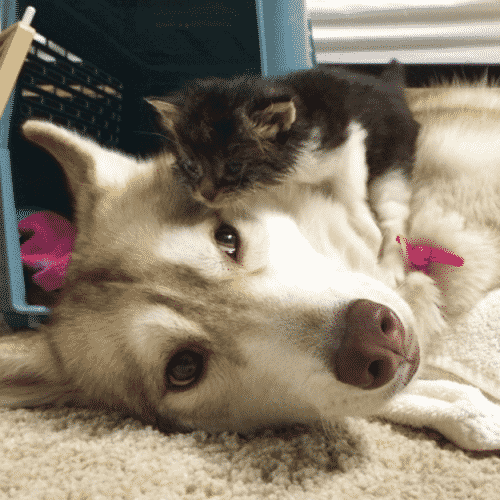 Lilo was instantly protective of the tiny ball of fluff, and wouldn’t even get up to eat. It fell to Bui to serve chow to the two insta-besties who cuddled for hours on end. 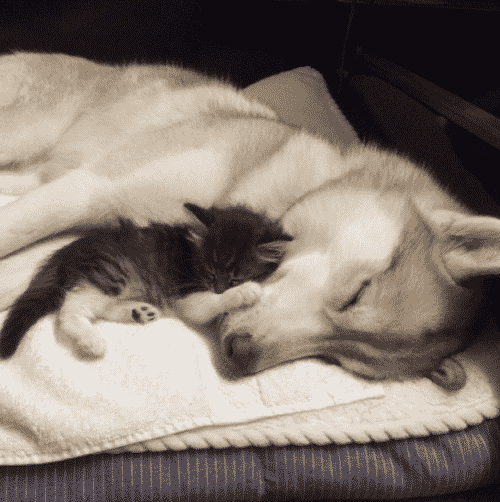 It wasn’t too long before the starved kitten began to regain its appetite. Thanks to Lilo’s TLC, Bui knew she was going to live, and named her Rosie.

Bui initially planned to help Rosie recuperate, then put her up for adoption, but with the bond that developed with the two animals, those plans were shelved indefinitely. 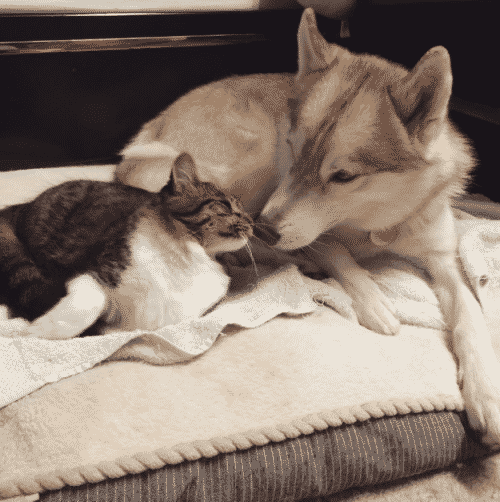 “They sleep together, they walk together, we all go for hikes together.” 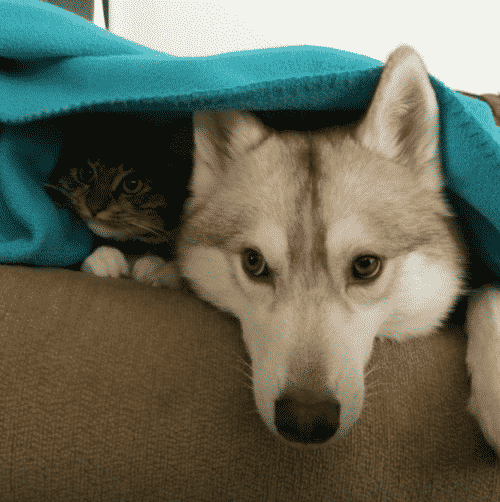 At first, Rosie was content to stay at home when all of Bui’s dogs went for walks. But noticing how despondent the kitten looked, Bui heeded her sister’s suggestion and brought the new member of the family along. 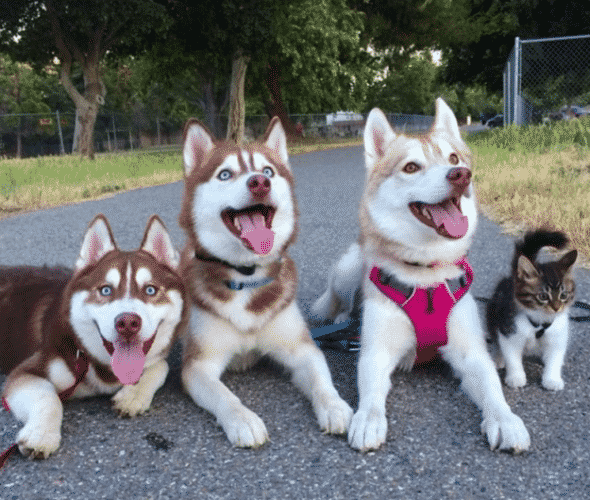 She soon started behaving like part of the pack. 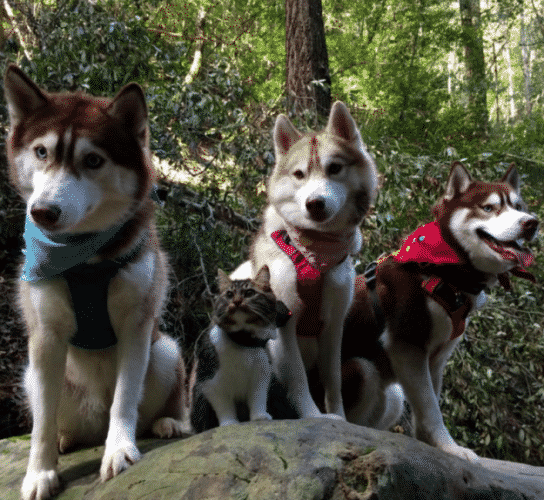 She even picked up some dog traits. 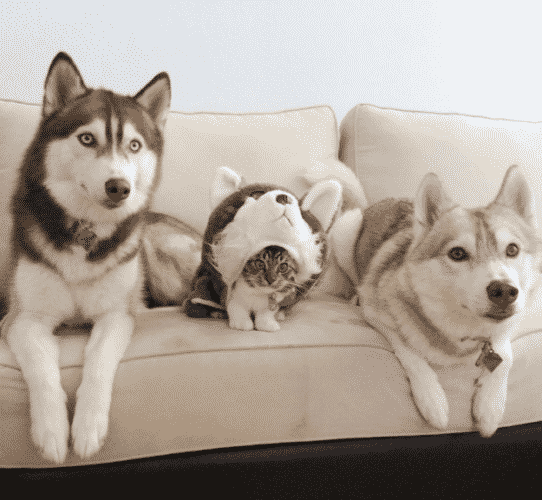 Despite making a lot of new friends, Rosie, now bigger, healthier, and stronger, still looks to Lilo as her best friend.

These two are the definition of BFF goals. 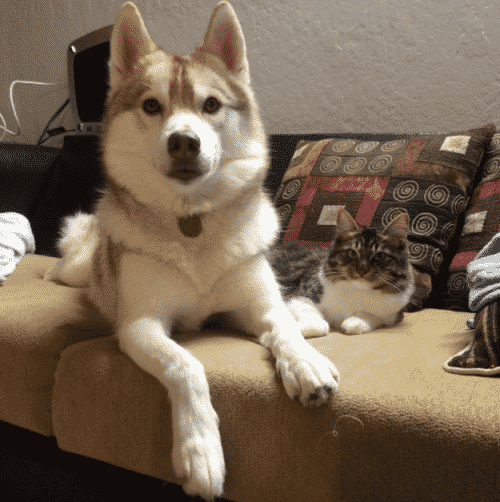