It is a fairly common piece of scientific knowledge that humans evolved from monkeys. However, we only share 93% of our DNA with, say, a rhesus monkey. The more precise truth is that humans evolved from chimpanzees, with whom we share 99% of our DNA. Other than the homogeneity of DNA, scientists also have a wealth of evidence illustrating that chimpanzees and humans exhibit eerily similar physical and psychological behaviors. 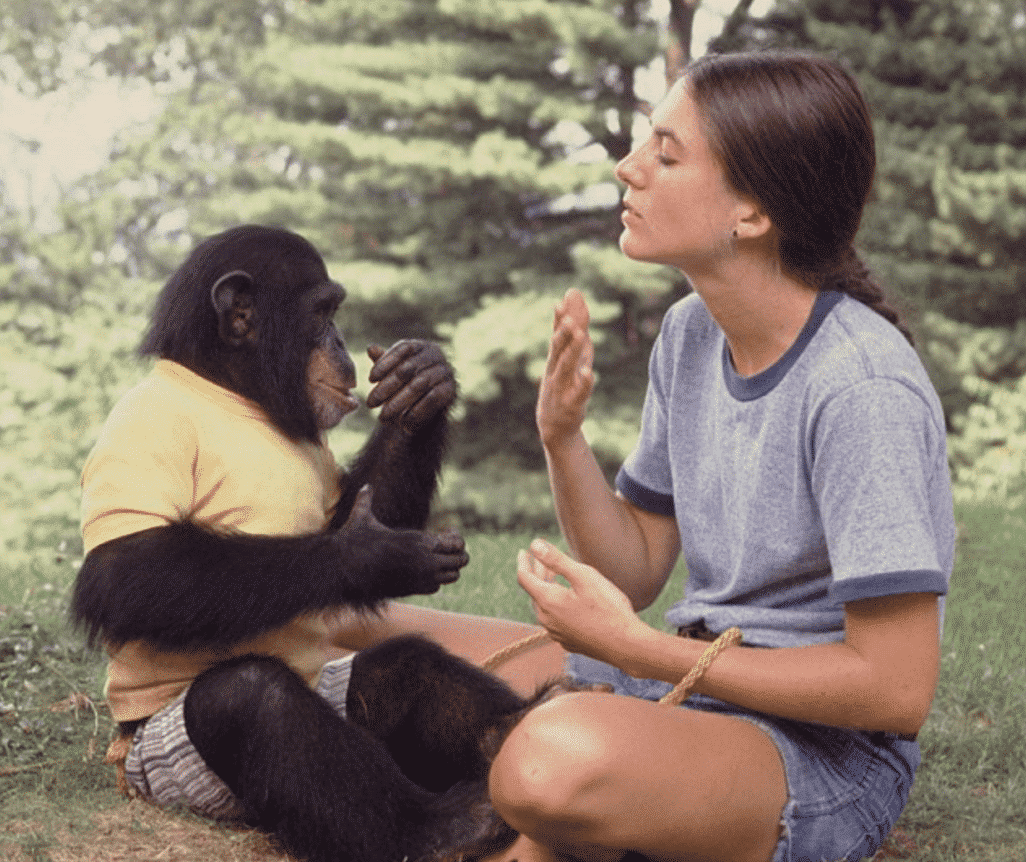 A creationist or an evolution denier would find this argument repugnant. Their go-to argument for repudiating evolution is to ask – why do chimpanzees still exist if we evolved from them? This argument can, in fact, be extended to a plethora of different creatures.

Why tigers exist if house cats evolved from them? 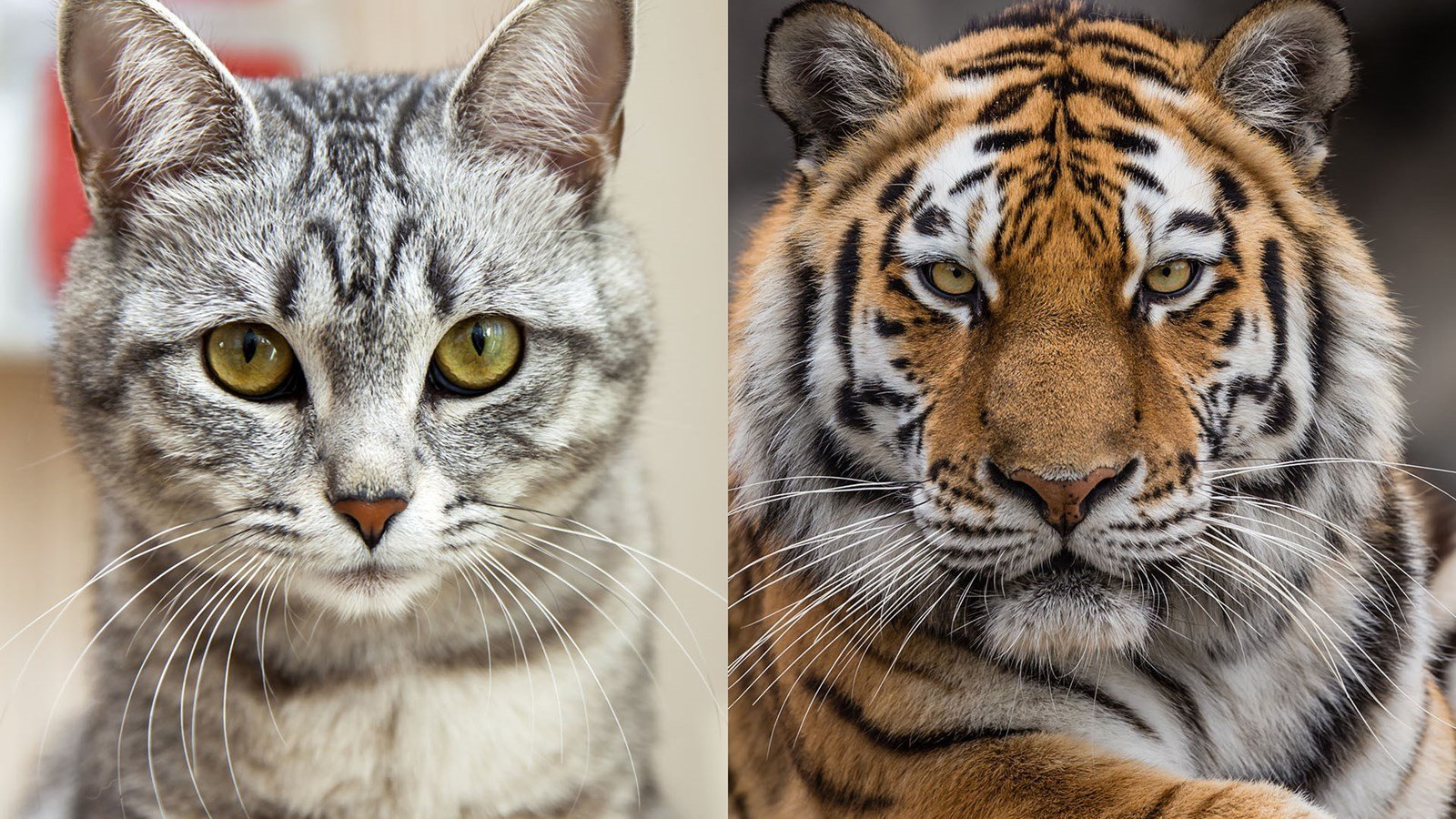 One may ask – why do lizards exist when snakes evolved from them? Why do wolves exist when we domesticated them into dogs? Or why tigers and lions exist if house cats came from them? Does this argument imply that evolution is a fallacy?

Well, no. Not even close. It only illustrates our misapprehension of the fundamental principles of evolution.

Our perception of evolution is incorrect

First of all, we must revise our initial belief about how humans “evolved” from chimpanzees. The various intermediate stages of evolution do not form the rungs of a tall ladder, the process is not linear. The stages instead resemble the branches of a huge tree. Lineages descend from a common branch and grow in their own separate ways. 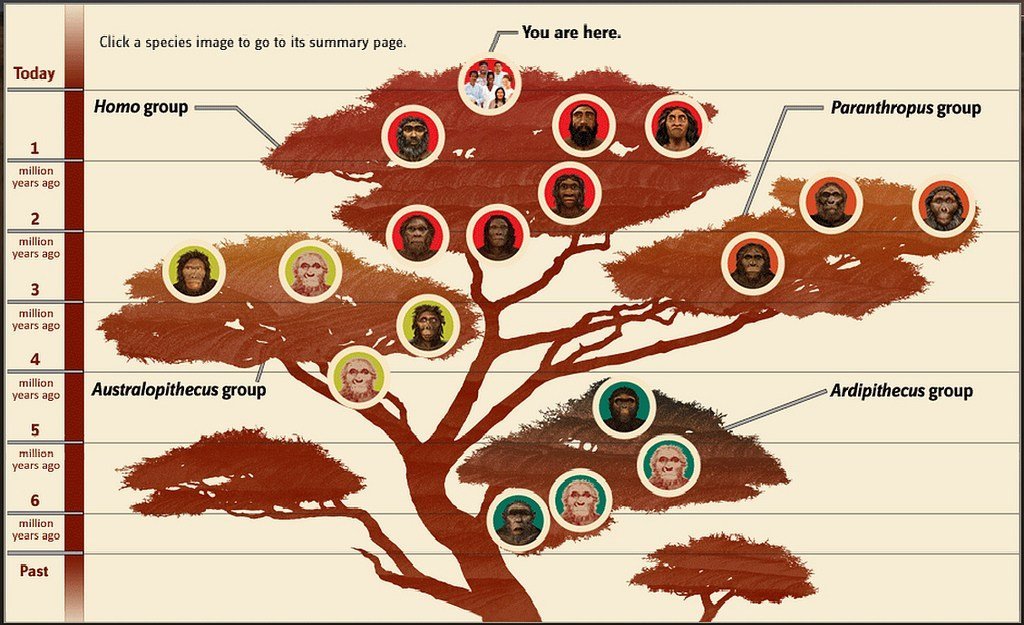 This theory is strengthened when you recall the thousands of fossils documenting the progressively increasing human-like species in the gradual evolution of our lineage after we branched away from chimps. In fact, humans and chimps are mere twigs, split at the end of a thick branch representing the evolution of primates.

The evolution of primates 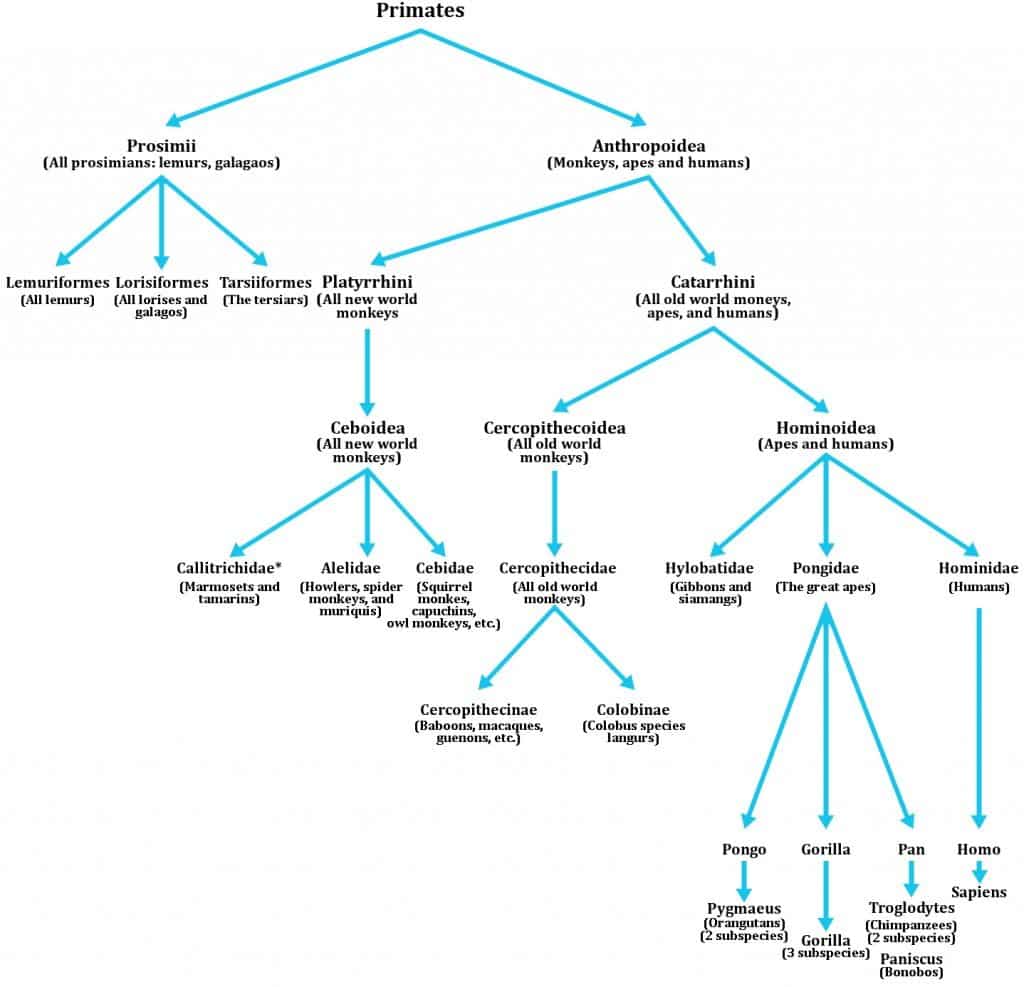 Platyrrhini is a family of what evolutionists call the New World monkeys, which together includes howlers, spider monkeys, tamarins, owl monkeys etc. The latter, on the other hand, is the family of Old World monkeys. Further, Cattarrhini split into two branches, a family of gibbons and macaques, and a superfamily Hominoidea. This branch diverged into Hylobatidae (gibbons), Pongidae (Gorilla, Orangutans) and Hominidae (homo sapiens or humans). 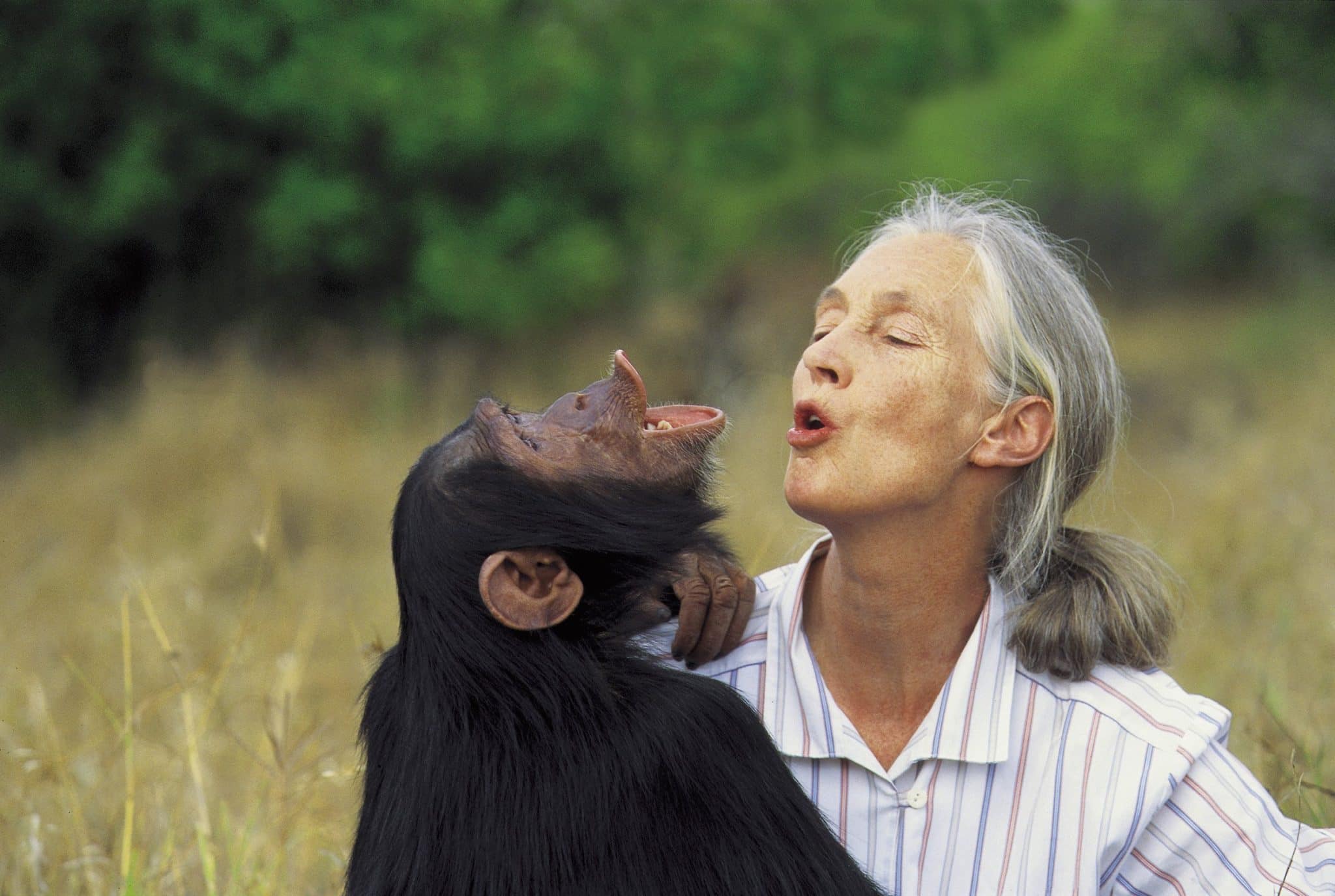 However, if all creatures are descendants of one single organism, where do reptiles end and primates begin? Basically, chimps can be crudely viewed as “monkeys” in a similar manner in which snakes can be viewed as lizards.

The label “monkey” here is ambiguous – artificial. The attribution of different names or labels, such as “chimps” or “rhesus monkey”, aids us in meticulously categorizing and identifying species at every stage of progress. If we didn’t draw a line, the differences between creatures would become obscure.

Evolution is not synonymous with replacement

Now, let’s say that your paternal grandfather had another child, your uncle, who later conceived a son, establishing you as his cousin. This implies that you’re one-sixteenth related to this cousin. This manner of branching also explains why we share 93% of our DNA with a rhesus monkey. 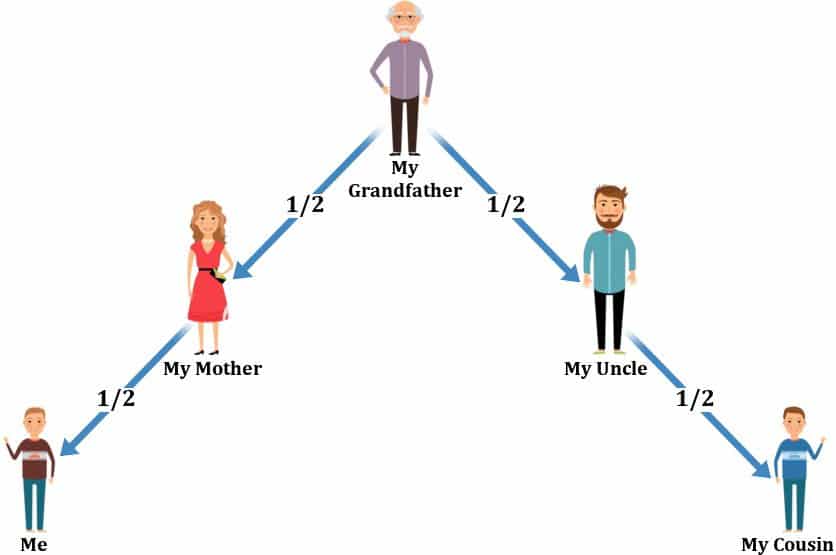 The point here is that if your paternal grandfather were to pass away now, or become extinct, does this mean that you’re no longer related to your cousin? Or to put it this way, if I descended from my grandfather, why are my cousins still alive? This claim sounds illogical, ridiculous, in fact.

So, when a statistic reveals that humans share 99% of their DNA with chimps and bonobos, it does not imply that the imposition of environmental factors coerced humans to replace chimps and drive them to extinction. It rather delineates that we share a common ancestor, a point on the branch where it further split. 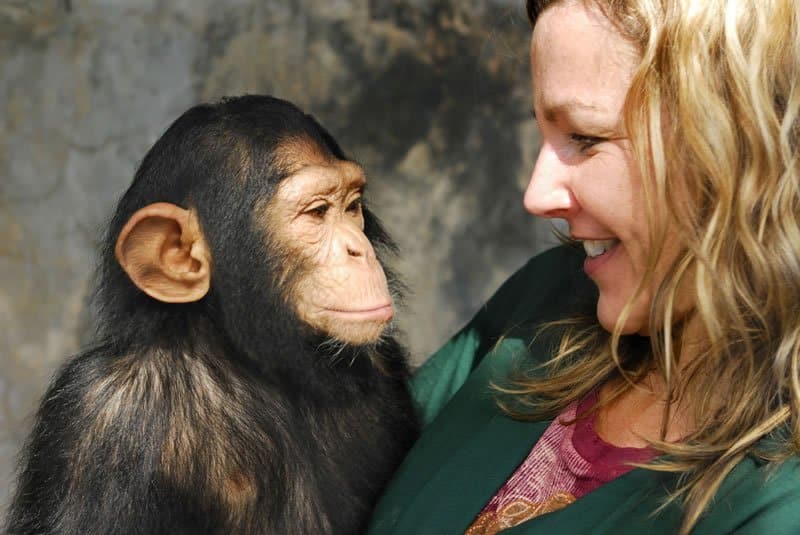 Still, a deniers’ dubiousness is quite reasonable. Even though chimpanzees share 99% of their DNA with us, they appear radically different. A denier’s delirium exacerbates when he recalls that evolution insists that every species on the planet diverged from a single organism far in the past. From the vantage point of today, this is appalling… If this is true, what accounts for the astonishing diversity that the animal kingdom displays?

What these deniers don’t realize is that infinitesimal genetic variations can lead to polar discrepancies. These variations are imposed by selective environmental pressures when descendants isolate themselves from the rest of their species. 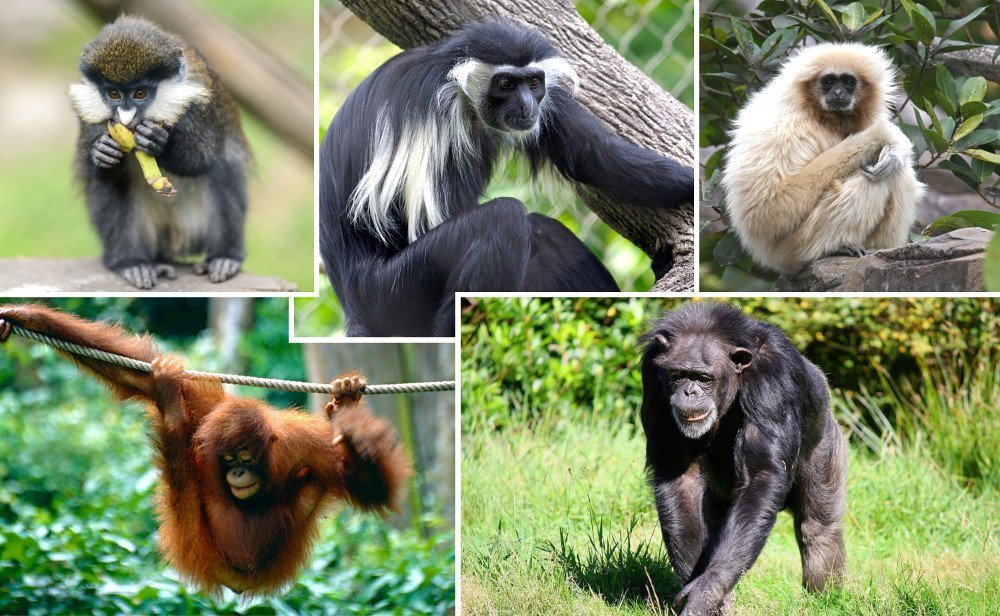 Moreover, even if the environmental pressures are similar, genetic variations are bound to be introduced if species are isolated from each other. A random mutation in two different populations will force them to drift further apart over their subsequent generations. Isolation leads to variation, which leads to speciation. 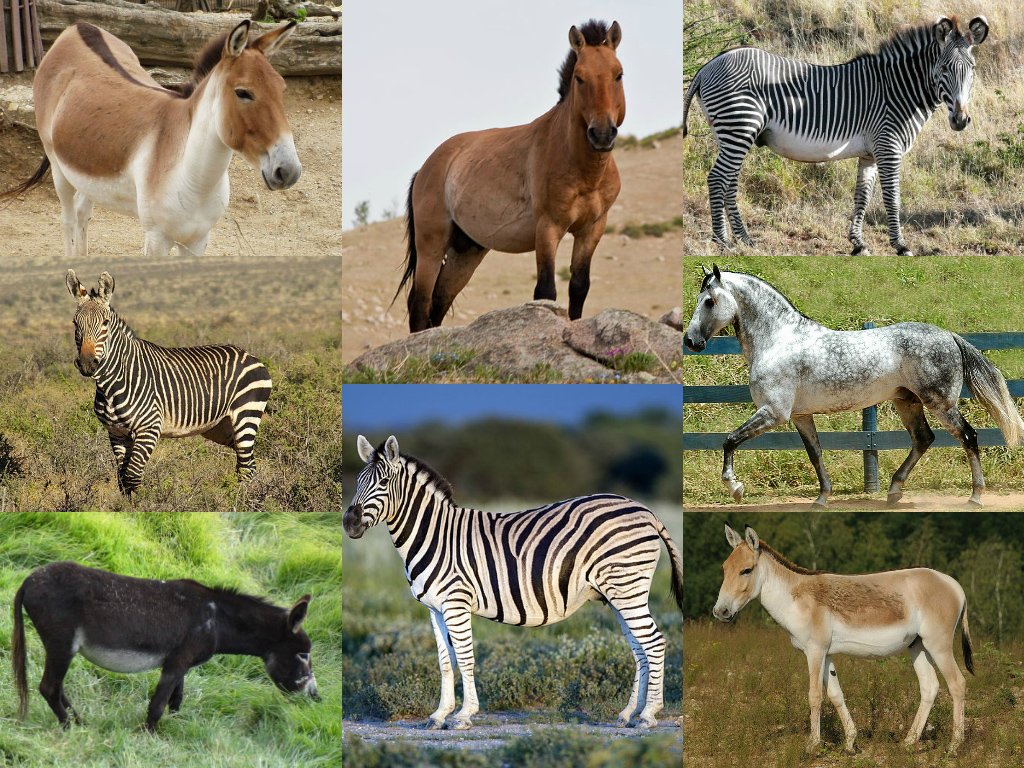 So, humans did not evolve from chimps, but rather, they share an unknown common descendant. Also, the branching did not just end there. Hominidae further branched into various secondary branches. While a few of them went extinct, one such branch survived, which was the Homo sapiens or modern human beings.

Yet the most consequential question still remains unanswered: Who was the last common ancestor of both chimps and humans… who is The Missing Link?