A police officer from Berkeley, California was filmed arrogantly citing a man for selling hot dogs without permit. What made the video viral was that the police was also caught grabbing the poor man’s wallet and getting all his hard-earned money. Netizens were quick to react and were able to raise more than $70,000 for the poor vendor.

The police in the hot seat is Sean Aranas. The officer did not seem to care whether the money that was inside the vendor’s wallet all came from selling hot dogs or not; he just took it all. For him, it was necessary to confiscate the cash.

While selling food without permit is against the law, people think his actions still did not justify what happened. 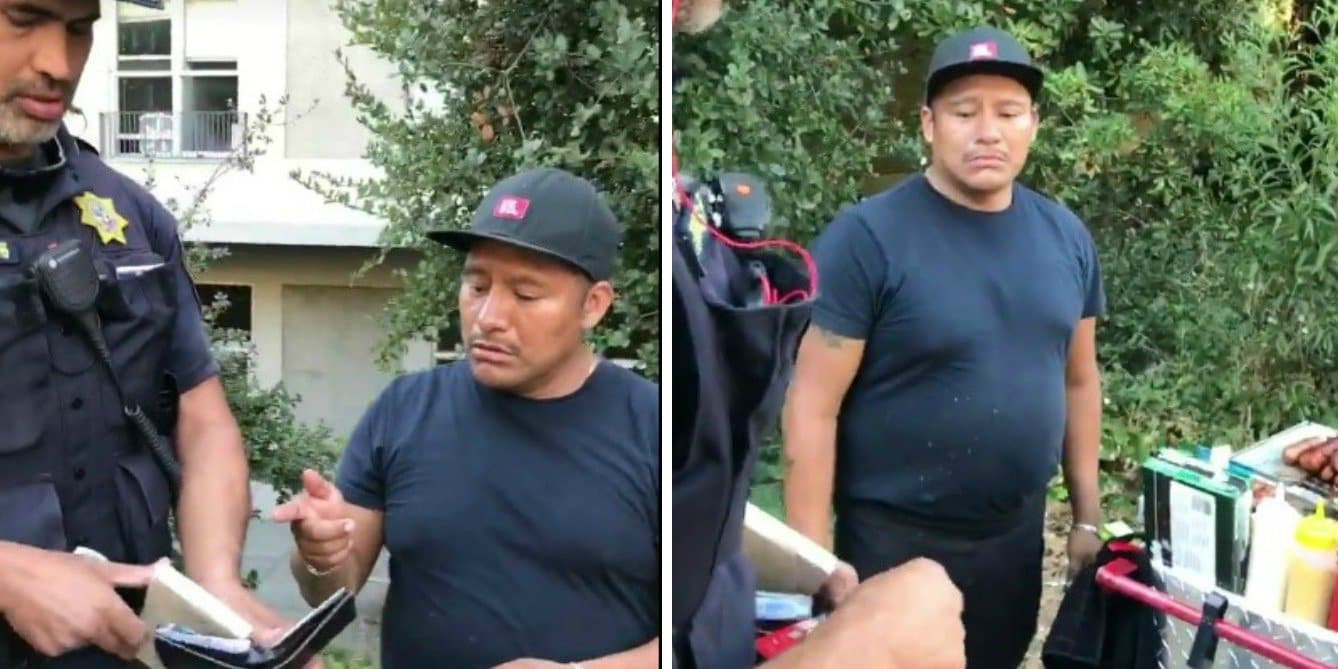 The video was captured by Martin Flores, who was talking openly to the police while the incident was ongoing. The police seemed very confident with how he was handling the situation, with him even saying:

“Take it to a judge, and the judge can decide whether or not it’s right.”

When Flores asked Aranas if he was taking the vendor’s hard-earned money, the police just simply replied, “Yep.” The action continued on and has now become viral all over the Internet.

With the rudeness that he has shown, people are now actually shunning the question of whether the police was lawfully right or wrong.

Police and vendor in heated argument 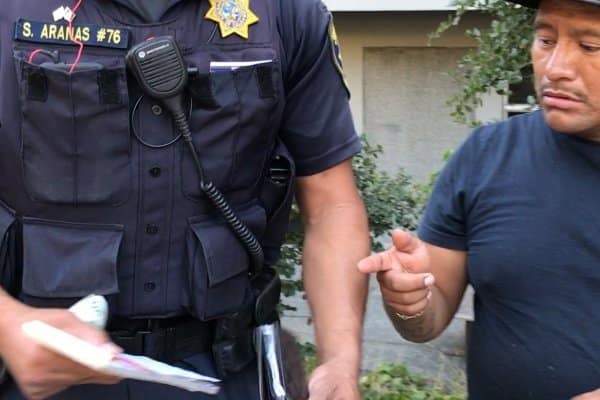 As per TFTP, people who want to start a business or sell goods to a willing customer should pay the State first. If not, then they are to be extorted, abducted or imprisoned with utmost prejudice – at least, that’s how it is in the Land of the Free.

Unfortunately in the USA, people are conditioned to think that in a free country, people are morally incorrect if they attempt to earn money without undergoing the brutality of the government. In short, people are made to think that they cannot earn or make a living legally if the state does not get a cut from them. While the state is telling that this is all for the protection and safety of the public, going too far like what Aranas did was not justifiable and definitely, not morally right.

Eventually, UC Berkeley Vice Chancellor Scott Biddy stepped in and made a statement about the viral video.

“While I cannot comment on the specifics of this particular case, our practice is to issue warnings before giving a citation,” said Biddy. “In a case such as this, it is typical to collect any suspected illegal funds and enter them into evidence.”

Oddly, there were three other vendors doing the same thing but it was only the vendor in the video whose wallet was robbed. Could it be because his was the thickest of them all? Nothing can be far from the truth at this point.

The vendor is Beto, who was observed to answer back to Aranas in Spanish.

According to an interview in Telemundo, which is NBC’s sister station, he has a regular job, but sells hot dogs for extra income.

Beto said people saw that he was not doing anything wrong. He was not stealing or drinking; all he wants is to work for his family.

If taking a video and making it viral were not enough, Flores also started a GoFundMe campaign to help Beto.

According to the page, the funds will be used for Beto’s legal and personal loses. Also, the money will be used to help support other vendors who had the same fate as Beto.

To know more about what happened, here is the viral video originally posted by Martin Flores: