It started as a trickle of stones but it quickly turned into a huge, terrifying landslide that could have badly injured or killed a group of hikers who were incidentally trekking the Andes Mountains that time.

Julian Insarralde, one of the guides, captured the shocking incident that occurred on the border of Argentina and Chile and released the footage online.

In the video, you’ll see members of the mountain trekking team assist the backpackers one by one, as they leap over a three-foot torrent of rocks.

The speed of the flowing rocks was already quite frightening, but no one seemed to mind. 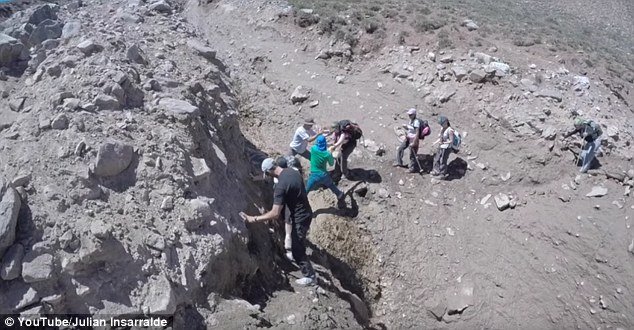 Some laughed; apparently pleased to see Mother Nature’s show while others just calmly crossed the trench.

Moments later, someone from the group shouted to warn the others of what was coming. 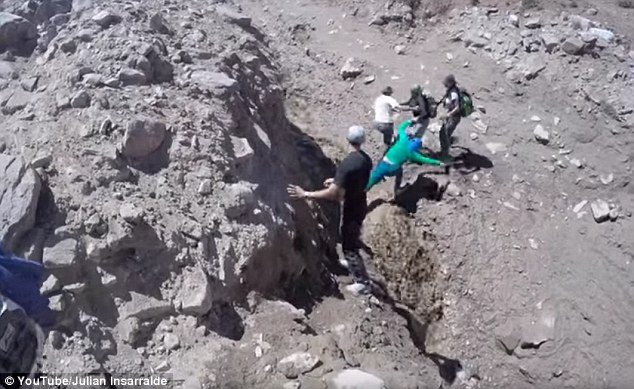 People began to run and scream. 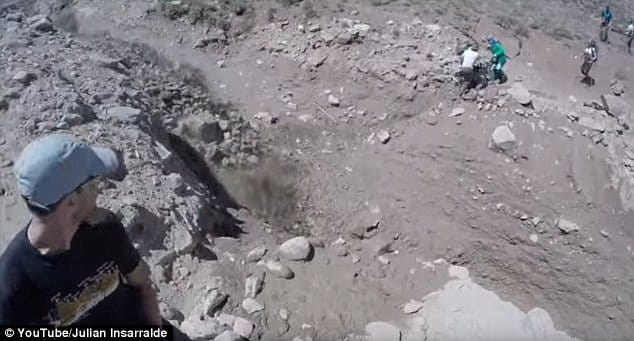 Eight of the remaining hikers clambered to safety as the rocks slide at a ferocious speed and widens into a massive landslide. 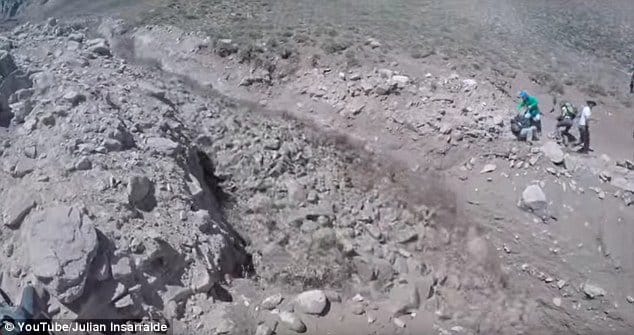 Fortunately, none of the mountaineers was seriously injured.