As children, we’ve all been taught by our parents to be compassionate and generous – not only to our loved ones but particularly to the less fortunate. Remember how our folks encouraged us to share money or food to the poor? To some of us, these are lessons that have stayed with us for a lifetime.

Unfortunately, as we grow older, we become more skeptical about doing good deeds simply because of unscrupulous individuals. Yes, you got that right, ladies and gentlemen – there are scammers pretending to be beggars out there, making money by fooling others.

Like this ‘pathetic’ woman who uses two crutches while begging for money from strangers. 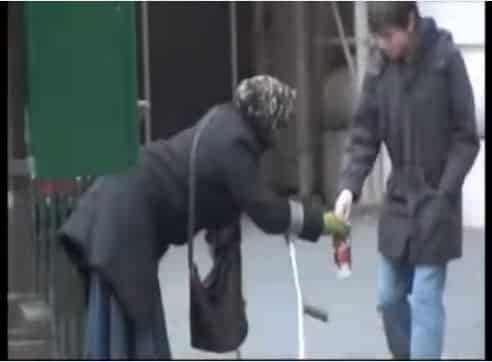 It’s a heartbreaking sight to see a poor woman who couldn’t walk without the help of crutches, right? That kind of condition just hits your heart and so when you see her shaking a cup, begging for some cash, you couldn’t help but reach for your wallet and give some of your money.

Looks, as they say, can be deceiving. 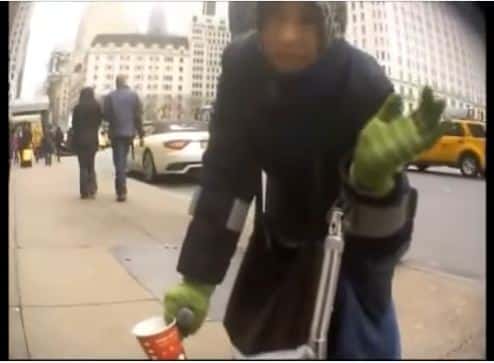 Well, guess what? Looks can indeed be deceiving and this woman really isn’t who she appears to be.

Although she claims she broke her back from a car accident, just take a closer look at what happens as a news crew follows her around with a hidden camera during and after her ‘working hours.’

Later, a reporter confronts her for the deception and her reaction is totally cringe-worthy. 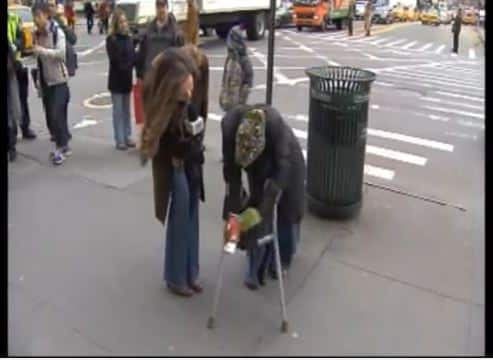 This is exactly how horrible some human beings are! They’d act as if they were pathetic, and they’d even use the name of God as they lure clueless people into their traps.

Things like this make us think twice about giving alms which, in the long run, may not be a good thing since we might end up neglecting those who are genuinely in need.

What do you think about this, our dear readers? Do you also give handouts to the poor? Why or why not? Leave a comment below and let’s talk about it.