Yes, folks, you read that headline right. This might surprise even some of the biggest fans of the iconic Sanrio character but it’s absolutely true – Hello Kitty isn’t actually a cat. Plus she has a lesser-known twin sister!

First introduced to the world back in 1974 by designer Yuku Shimizu, it looks like Hello Kitty (also known by her full name “Kitty White”) still has a way of surprising her longtime fans, particularly because of these two revelations.

Definitely not a cat, according to Sanrio! 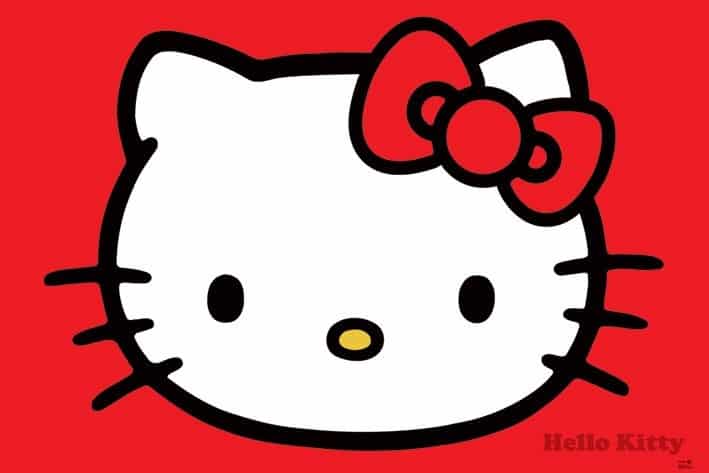 At this point, most of us are probably thinking the popular internet phrase “my entire life is a lie!” As it appears, the discovery has been made after University of Hawaii anthropologist Christine R. Yano “referred to Hello Kitty as a cat during her efforts to prepare a Hello Kitty exhibit at the Japanese American National Museum in Los Angeles,” reports said. She, however, was “very firmly” corrected for her mistake.

“That’s one correction Sanrio made for my script for the show. Hello Kitty is not a cat. She’s a cartoon character. She is a little girl. She is a friend. But she is not a cat. She’s never depicted on all fours. She walks and sits like a two-legged creature. She does have a pet cat of her own, however, and it’s called Charmmy Kitty.” 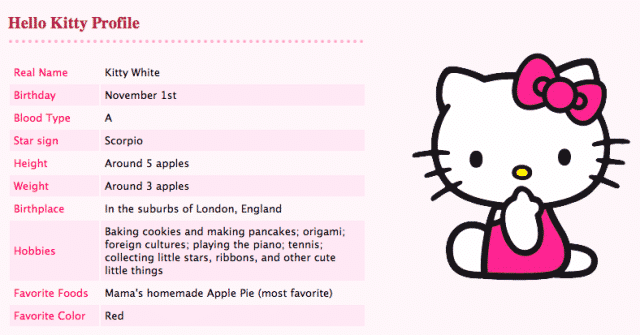 Disturbed by the discovery, Japanese pop culture website RocketNews24 got in touch with Sanrio to clarify the matter and they got to speak with an unnamed PR representative.

The feature article tells us:

“The PR rep calmly explained that Hello Kitty is a 擬人化 (gijinka), a personification or anthropomorphization. Basically just like Mickey Mouse, the Sanrio representative told me. No one would mistake the Disney character for a human–but at the same time he’s not quite a mouse. Just like Hello Kitty isn’t a human, she’s not quite a cat either.”

So yes, everyone, Hello Kitty isn’t a cat and she’s also not a human. 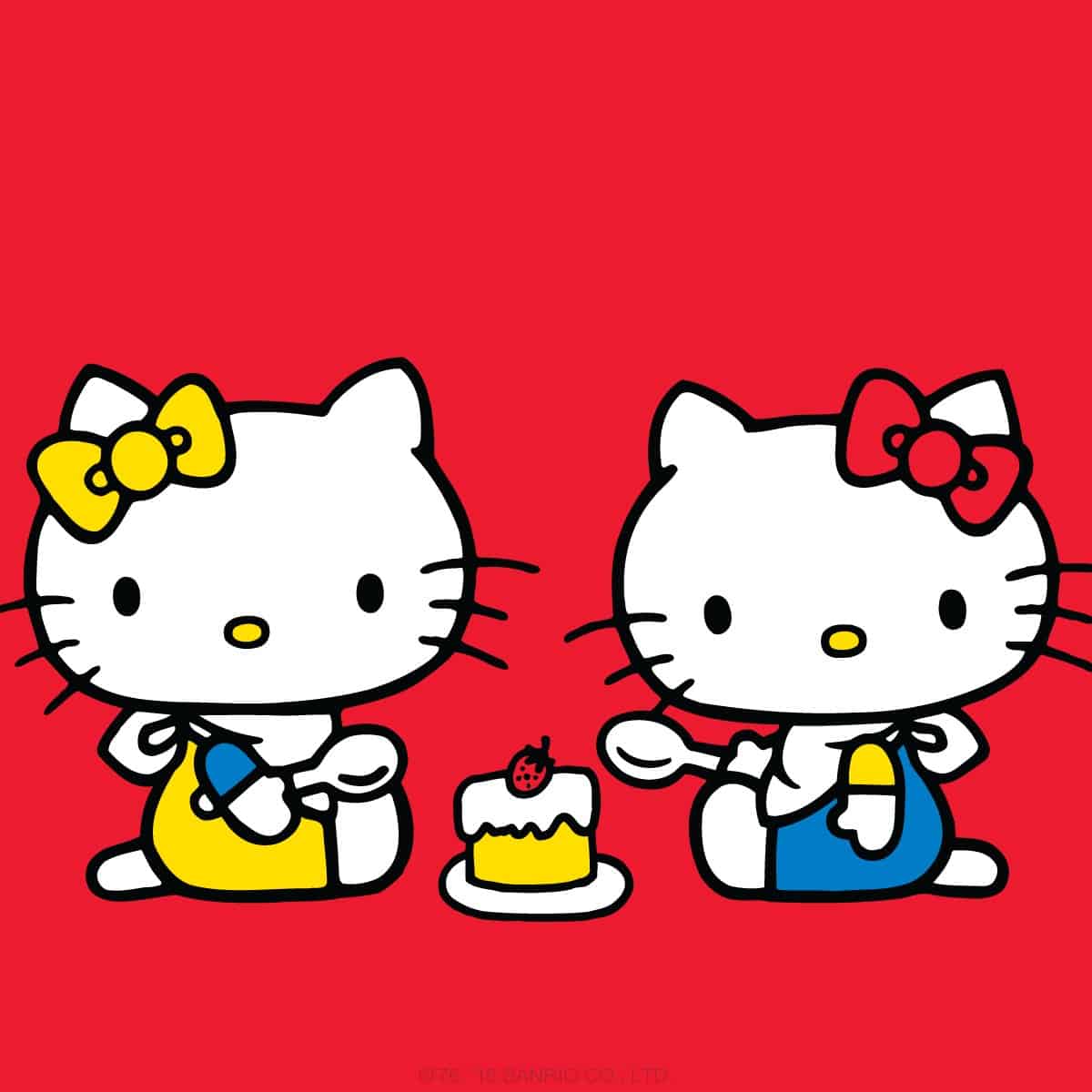 Meanwhile, we also learn that Hello Kitty has a twin sister named Mimmy.

As you can see on the image, the siblings look exactly alike but there’s a simple difference to tell them apart – Mimmy wears a yellow bow on her right ear while Kitty usually rocks either a red or a pink bow on her left. Moreover, she isn’t even a new character and has existed since Hello Kitty’s introduction.

According to her character description:

“Mimmy seems to have a slightly less outgoing, but more polite and thoughtful personality than Kitty does, and they seem to highly enjoy each other’s company. Anyone would describe Mimmy as shy and very girly. Mimmy’s hobbies include sewing and dreaming of marriage.”