For decades, Hello Kitty has developed into a legendary character to the point of becoming the face of 50,000 product lines in almost 130 countries around the world. Now, it looks like the kawaii icon is headed full speed into an entirely new track.

In May, a concept art for the newest real-world item featuring the world’s most beloved character was unveiled and it is absolutely impressive. One month later, it became a reality.

The Hello Kitty Shinkansen, a special train under the Sanyo Shinkansen line, will service commuters traveling to and from Osaka and Hakata for three whole months beginning June 30. Train stops are set at all stations between Fukuoka City’s Shin-Osaka and Hakata, located in Japan’s western prefecture of Fukuoka.

According to CNN, the company transformed two Shinkansen 500 series bullet trains into every Hello Kitty travelers’ paradise complete with adorning pink-hued ribbons as well as the character’s signature bow.

Aside from the exterior of the train, the wonderful cuteness of the Sanrio character will also be featured in two specially-designed cars: the Hello! Plaza and the Kawaii! Room.

Hello Kitty is featured as a travel ambassador in Hello! Plaza. 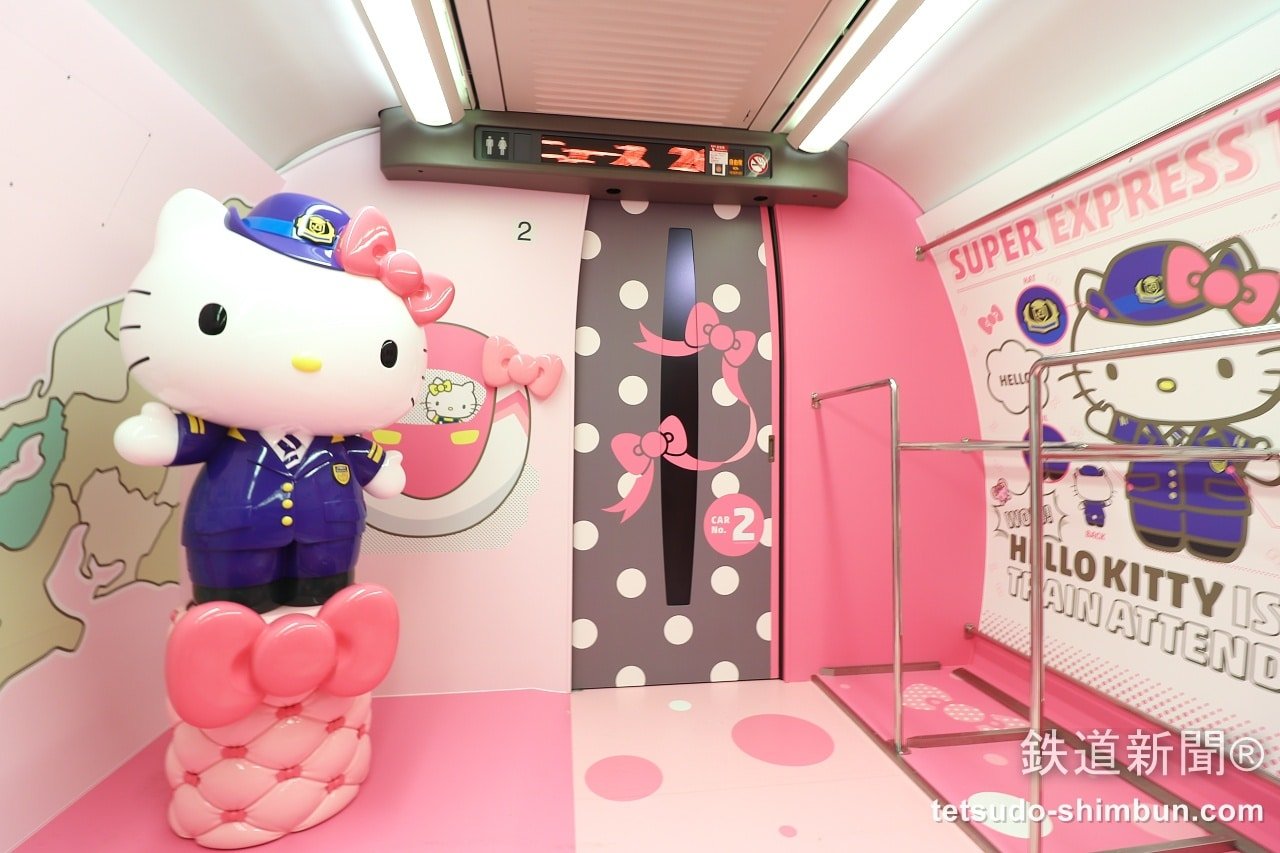 The Hello! Plaza will contain Hello Kitty merchandise exhibited with regional attractions and products in the locality, particularly the Sanin region’s Tottori and Shimane prefectures. Two versions of the whiskered character were designed, holding local products representing the localities: a black shell for Shimane and green apple for Tottori. 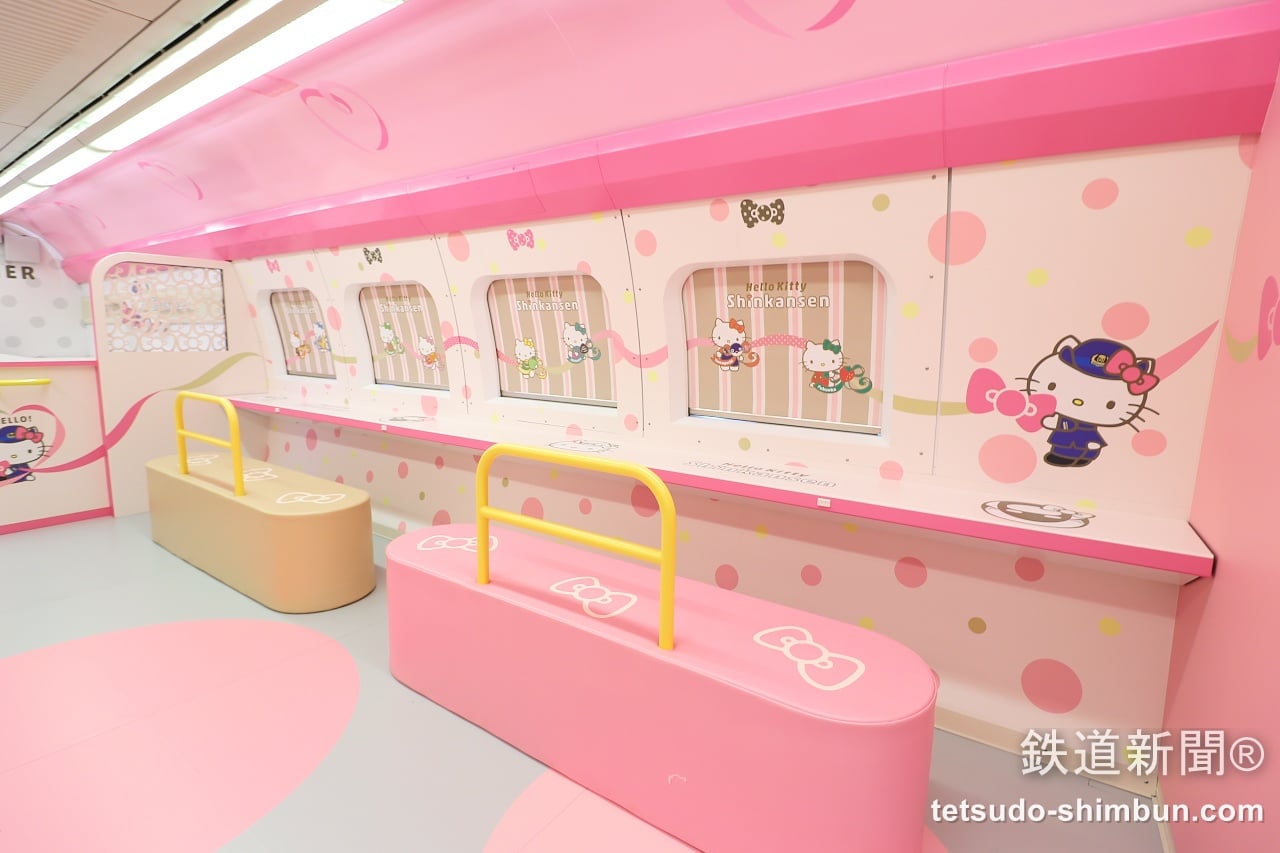 A total of eight Hello Kitty designs were unveiled to represent every train stop that will include the prefectures of Osaka, Okayama, Hyogo, Yamaguchi, Hiroshima, and Fukuoka.

The second car called the “Kawaii! Room” was transformed to provide the perfect selfie spot for Hello Kitty lovers who want to share their photos on social media.

Aside from an adorable photo spot, it also houses Hello Kitty embellished seats. 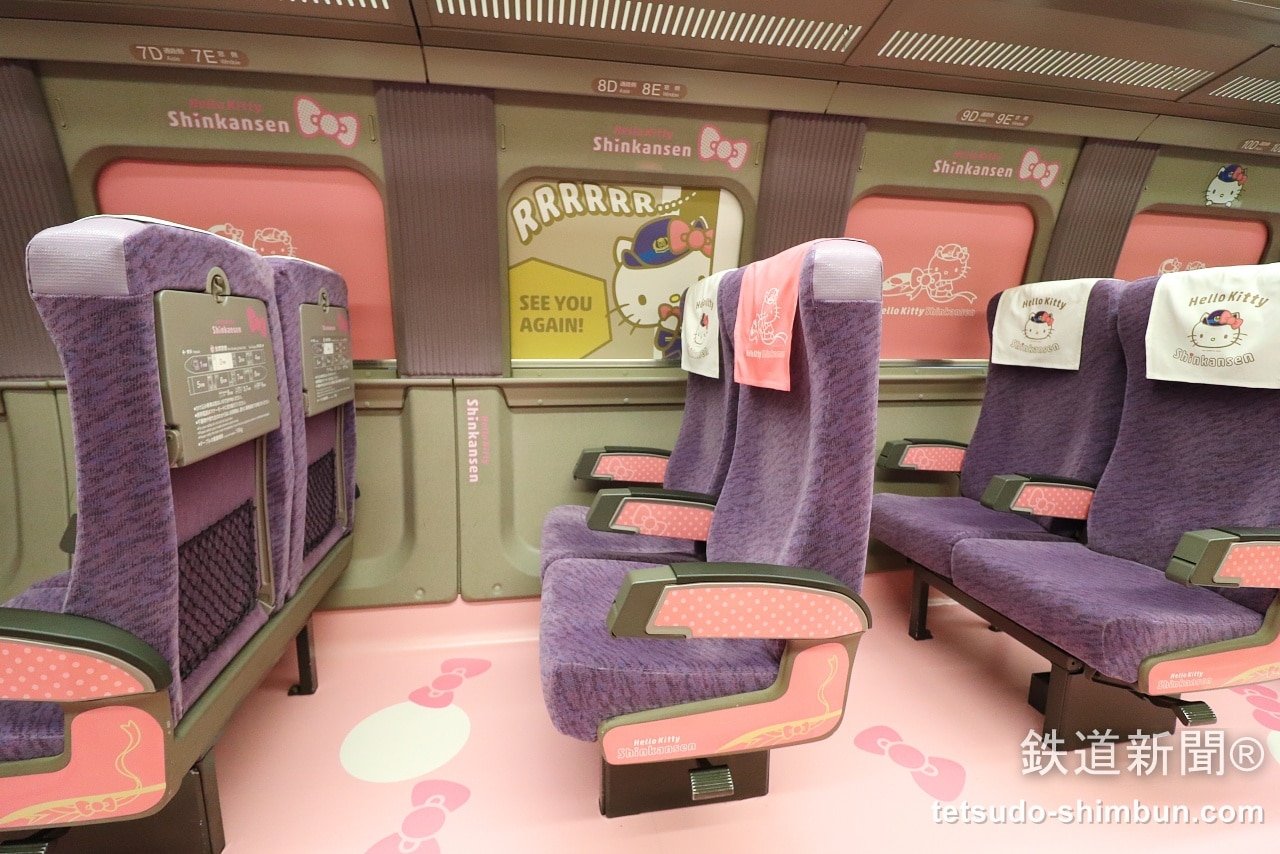 Of course, those who wish to ride this adorable bullet train will have to do some research first as the Hello Kitty Shinkansen will follow a certain timetable featured in a special website for commuters. 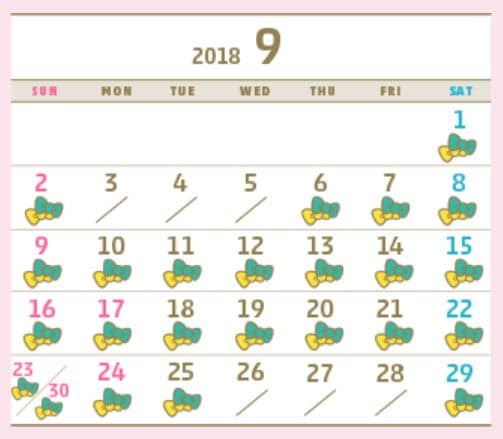 The good news is passengers can ride it using regular train tickets either purchased ahead or on the spot.

If you’re in Japan and are a fan of the character, you definitely need to check this one out.