Various restaurants across the globe have devised many competitions and challenges for their avid customers. However, one restaurant in Las Vegas, the Heart Attack Grill, offers one of the most intense food challenges in the world.

In fact, the challenge is so intense, there were cases of customers suffering from cardiac arrests in the past. So, what does this restaurant offer?

Welcome to the Heart Attack Grill 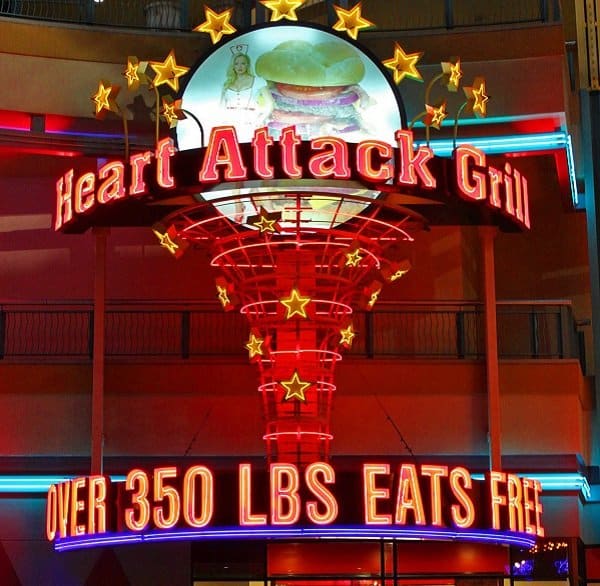 To start off, they have a wide variety of burger sizes. One popular burger, in particular, the ‘Quadruple Bypass Burger’ has more than 10,000 calories.

Look at that burger! 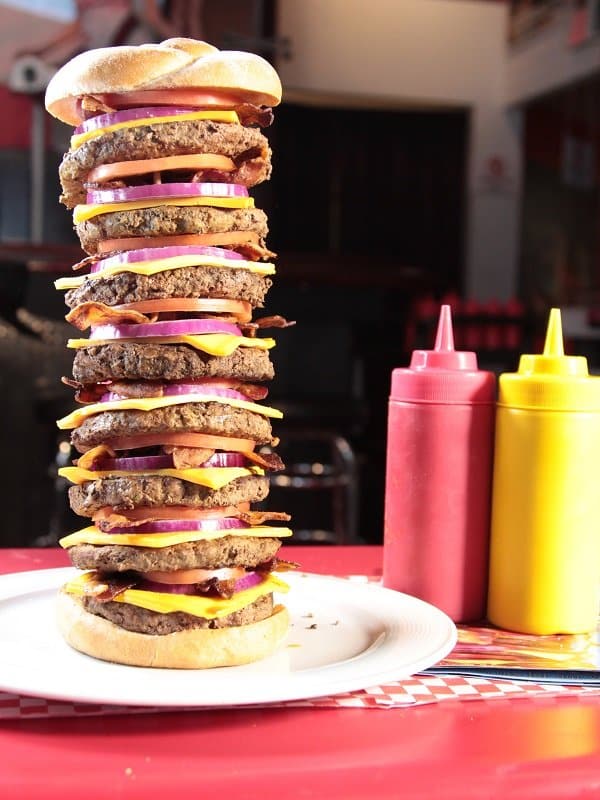 The restaurant will make you dress up in hospital gowns when you enter and the waitresses wear nurses’ uniforms. Drinks and wine are given from an intravenous drip bag and once finished eating, the restaurant-goers are wheeled out in a wheel chair.

The catch? You’re supposed to eat the entire burger you’ve ordered. If not, the waitress will spank you with a paddle for three times. Moreover, those who weigh 350 pounds and above are invited to unlimited free food as soon as they weigh themselves on an electronic cattle scale in front of the other restaurant customers.

So, what’s on the menu, you ask? Well here are some items listed: 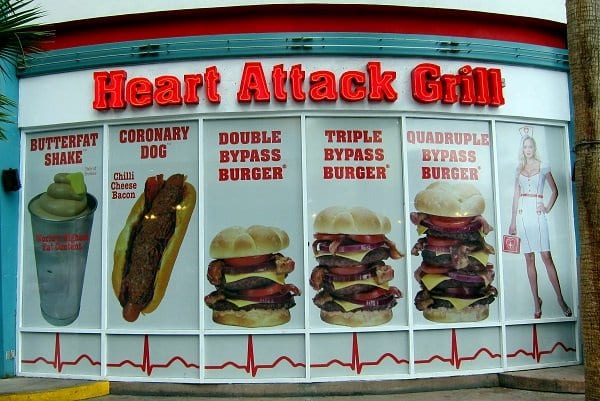 These burgers range in weight of the beef, ranging from half a pound to a staggering four pounds. Aside from the burgers, the restaurant also offers the Flatliner Fries, which are cooked in pure lard. The restaurant also has Lucky Strike no filter cigarettes, Butterfat Milkshakes, full sugar Coca-Cola, and candy cigarettes for the kids. These are indeed unhealthy!

The name of the food they offer implies the dangers of having atherosclerosis from eating foods high in saturated fat and excessive caloric content. 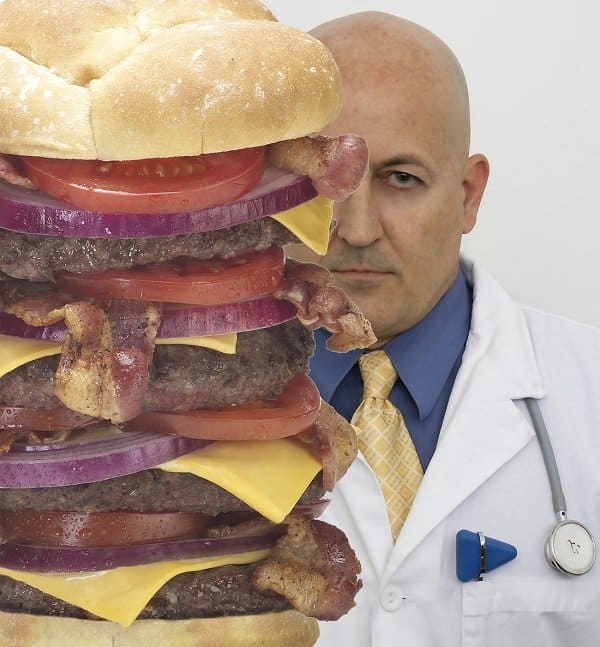 Established by Jon Basso in 2005, the Heart Attack Grill has since been the center of controversy because of the unhealthy food they serve. In the past, a customer has died while eating in the restaurant, Daily Mail reports. The customer was eating the 6,000-calorie Triple Bypass Burger, which contains three slabs of meat, cheese, red onion, sliced tomato, a special sauce and 12 pieces of bacon rashes.

Appearing on the Bloomberg’s In the Loop with Betty Liu, the restaurant owner said as reported by Time:

“I’m probably the only restaurateur in the entire world who is unapologetically telling you that my food is bad for you, that it will kill you, and you should stay away from it.”

“Do I want others to die at my restaurant? No. Actually, I want to wake up one morning and open the door and have no one ever come in again, because maybe the world would have learned the truth. Now, I make good money joking about how bad my food is. But at least I’m honest.”

What’s interesting in this restaurant is, no matter how they regard their food as unhealthy, many customers are still patronizing the restaurant to try their intense food challenge. However, health experts warn that this is dangerous and potentially life-threatening, especially those with underlying health issues to start with.

Here’s a video of a man trying the food challenge:

Will you try this intense food challenge? Share your thoughts in the comments section below.