There is always one class in your college life where you’ll find an annoying seatmate. Someone who doesn’t seem to respect your own space and doesn’t know boundaries. It’s pretty much a familiar story for every student.

One college student shared on Twitter his story about one classmate who he initially thought to be annoying. Later on, he realized a valuable lesson after dealing with this classmate. And his story went viral for the right reasons. 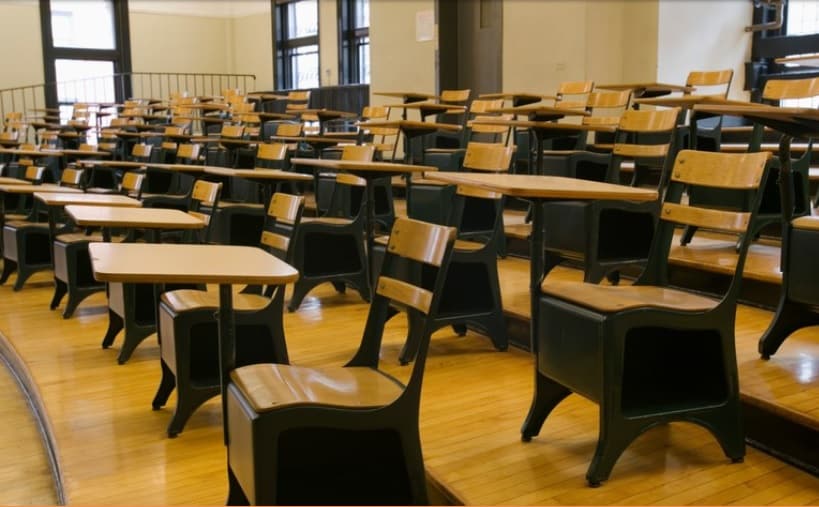 He shared his sentiments towards his seatmate on his Management class. It started with stating the usual problem that happens every time he comes to class but ended up giving him one of the best life lessons.

Thomas is ready to get serious with a great story. 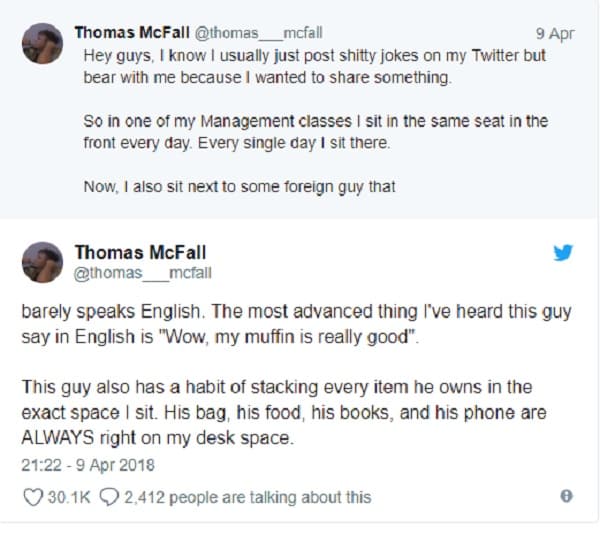 He finds one classmate always stacking his things on his desk. 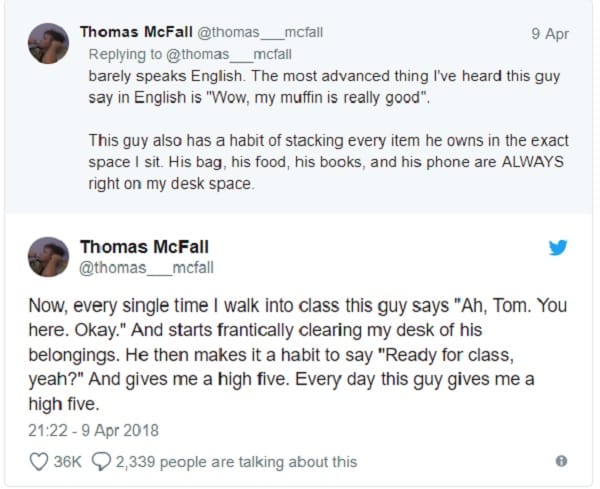 Apparently, Thomas’ classmate was always putting his things on his desk. Although he sits on the same seat every day and his classmate knows it, he continues to disregard his personal space. The student would always show up in class with half of his classmate’s things stacked on his desk.

It's the same thing over and over. 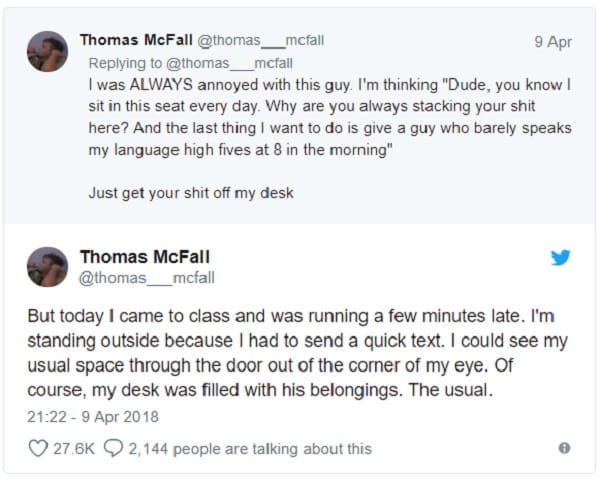 Like every student, Thomas was groaning inside. To add to his annoyance, his classmate was always asking him if he was “ready for class” and would always give him a high five. His seatmate does this as he frantically clears Thomas’s desk of his belongings.

Apart from his actions, Thomas’ seatmate was also a foreign student who barely speaks English. Deep inside, he wanted to call out his classmate.

It was not until he was running a few minutes late for class when the truth starts to unfold. 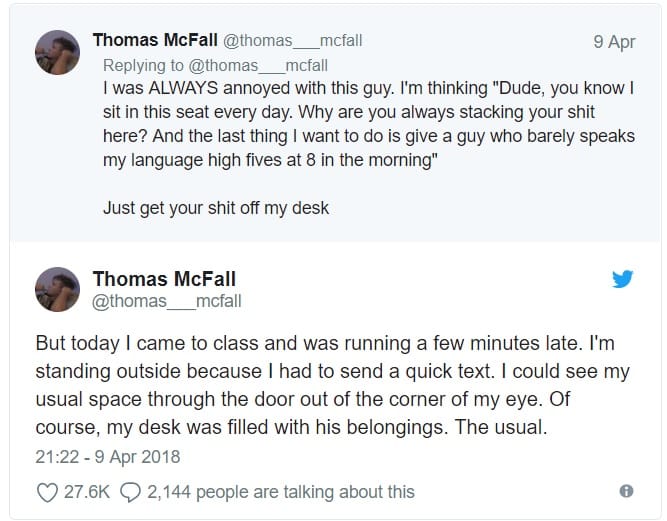 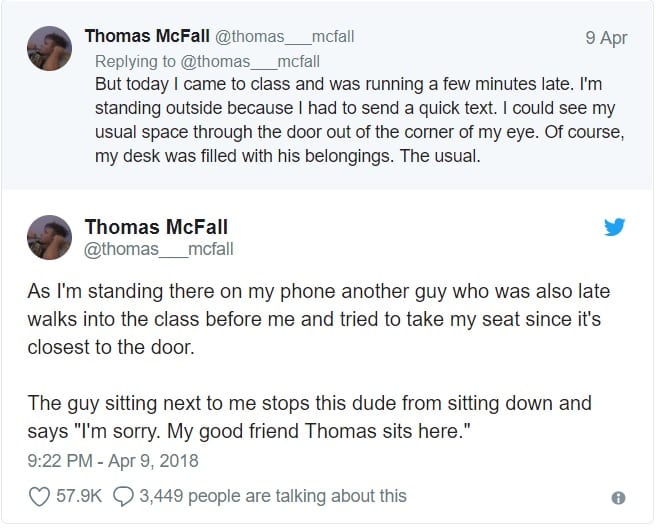 Thomas was standing outside his classroom as he had to send a quick text. He could see his space and as usual, it was stacked with his seatmate’s belongings. While he was outside, another guy who was also running late entered the room and tried to take Thomas’s seat as it was close the door. However, his seatmate stopped the guy from seating on his desk and said, “I’m sorry. My good friend Thomas sits here.”

The classmate was just helping. 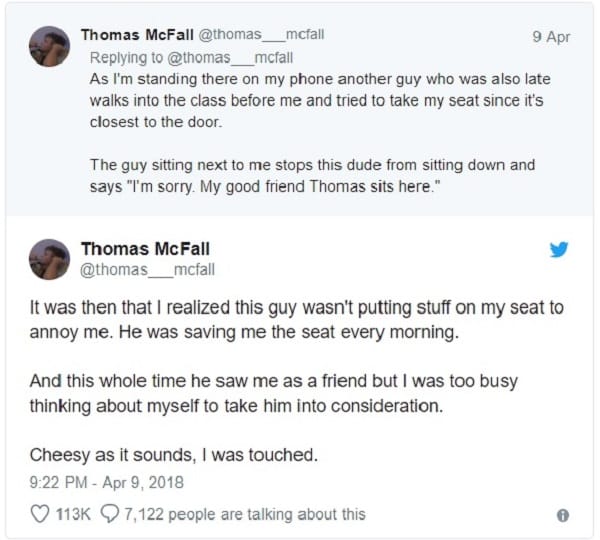 That was the beginning of a friendship. 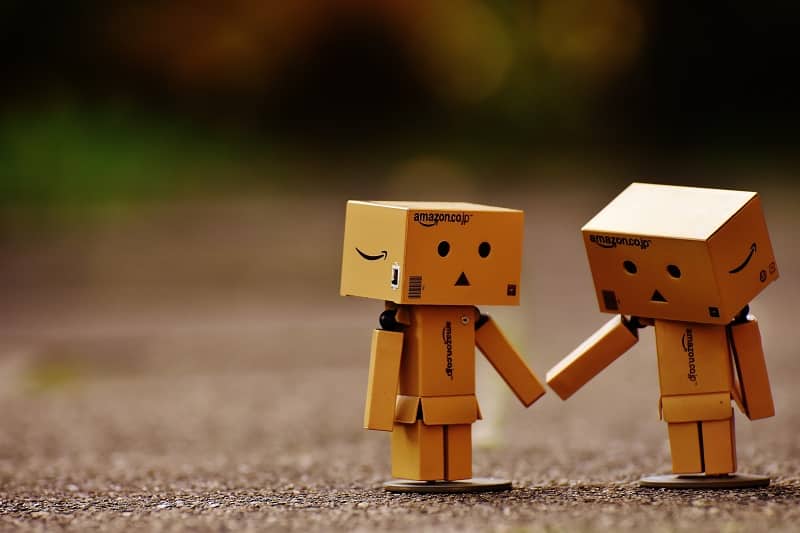 Thomas then asked his classmate to eat with him at lunch, which he gladly paid for. His classmate was from the Middle East and move to America to study while leaving two kids and a wife back home. He plans to return home once he gets his degree. He also works full time and sends all his earnings back home.

The young man did learn a good lesson from all this. He wrote:

Moral of the story? Don’t do what I do and constantly only think about yourself. It took me nearly the entire semester to get my head out of my ass and realize this guy was just trying to be my friend. Better late than never I suppose.