Last November 14, Kaikoura in New Zealand’s South Island was hit with a magnitude 7.8 earthquake that permanently changed its landscape.

A team of researchers covered an area from the western end of the Amuri Range, across the Emu Plain and towards the junction for Mt Lyford Village. 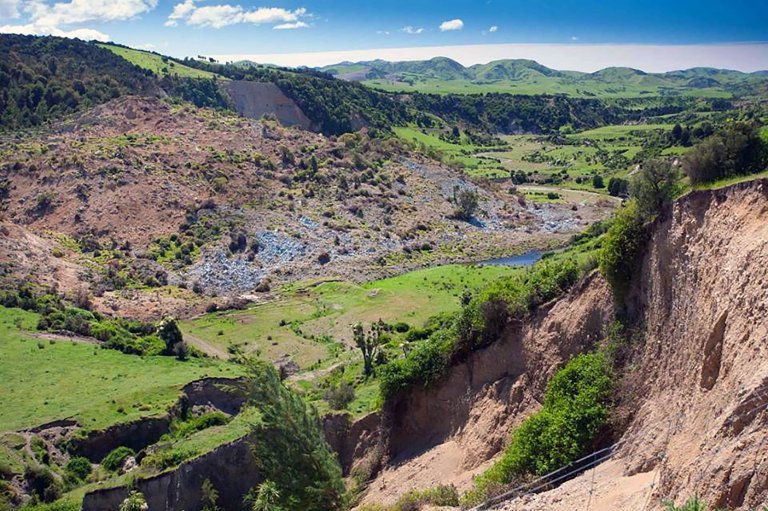 Once it was deemed safe, scientists were allowed to survey the area hit by the earthquake, and what astounded them was a Hadrian’s Wall-like formation that has since been dubbed The Great Wall of New Zealand.

Dr. Kate Pedley from the University of Canterbury was able to take photographs that showed the effects of the earthquake in the area. And these photos show the huge damage caused by the earthquake across Kaikoura’s idyllic landscape.

Dr. Kate Pedley poses in front of the 15-foot tall wall created by the earthquake. It has since been dubbed the Great Wall of New Zealand because to its similarity to China’s Great Wall. 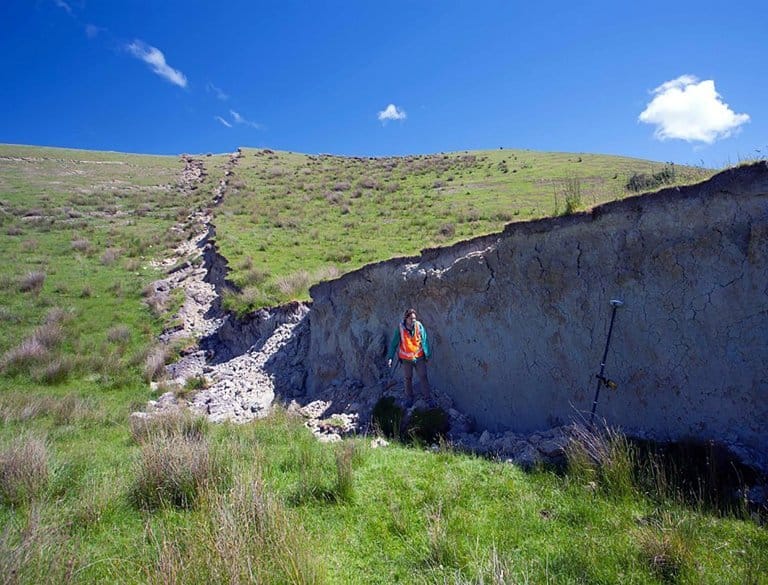 “Thankfully, those south and west of Waiau generally got off lightly, but it very quickly got messy for infrastructure to the northeast. The amount of associated rockfall, landslides and slumps were incredible.”

Several roads in Kaikoura had been damaged by the earquake, deeming then unsafe to pass except for military vehicles. 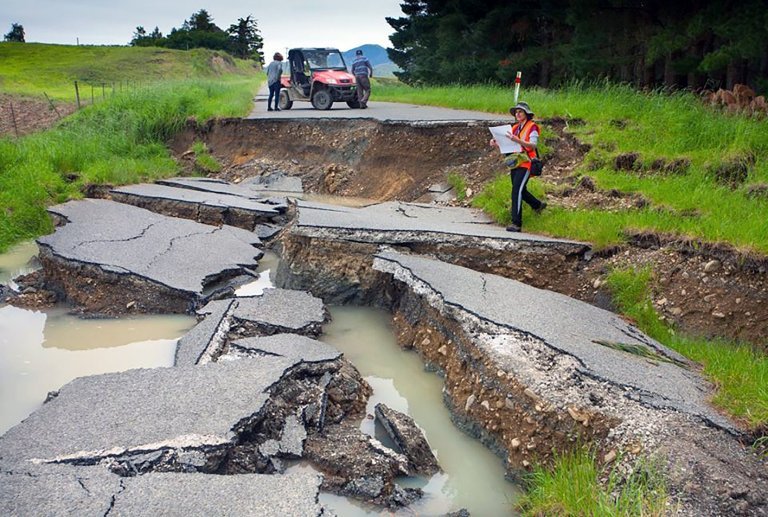 In one of the devastated areas, the researchers even rescued a lamb from a 1.5-metre fissure. 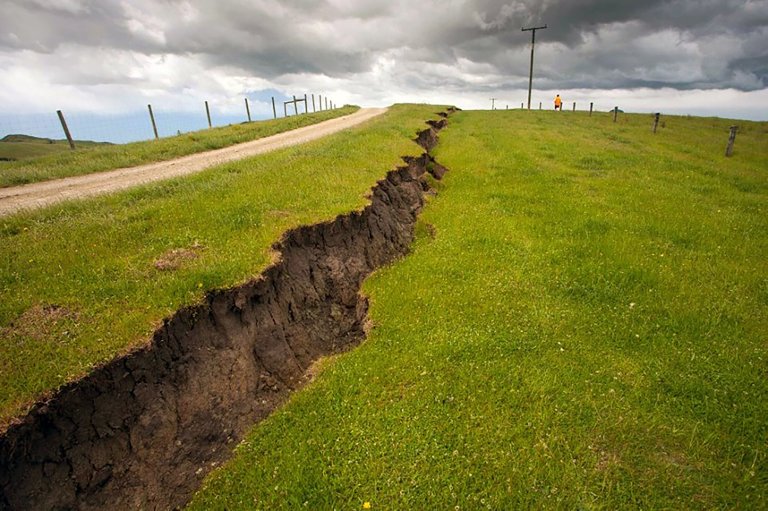 Aside from creating a huge wall, the force of the earthquake was so strong that a landslide even created a dam on the Leader River. 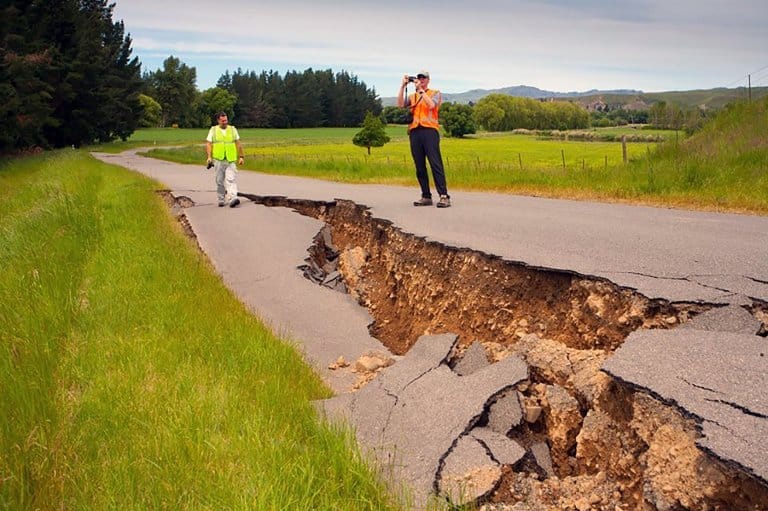