People fear wild animals because the species are unpredictable and we’ll never know what the creatures can do. Encounters can be very risky, especially if the animals feel threatened.

With the hundreds of animal killings and man-made abuse to forests, we cannot blame the species. Maybe for them, the presence of humans is a red flag, a warning sign, a dangerous hazard.

What most people do not know is that sometimes, some species of wild animals do not typically harm humans. As long as humans do not show any malicious acts, animals can be secured and even interact with them in a friendly manner.

In this video we found, a group of friends including a guy named John, joined a trip to the mountains of Uganda to see and observe mountain gorillas. The group was taking pictures one day when suddenly they encountered not one but an entire family of gorillas along the way. 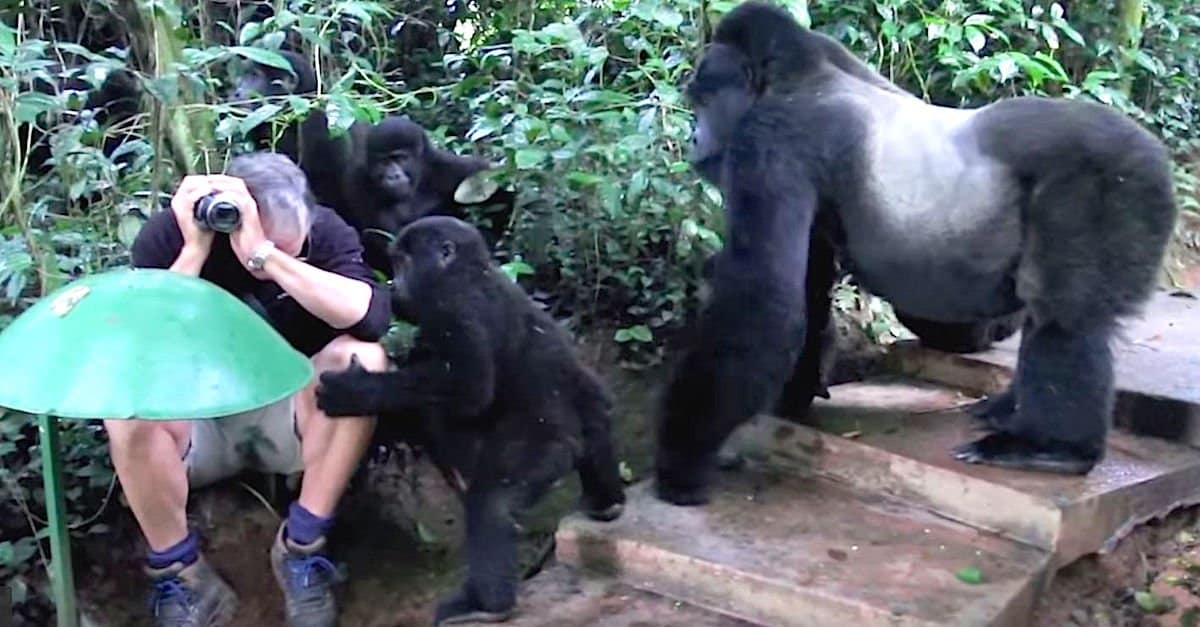 John was particularly cornered, but instead of panicking, he remained calm and quiet as the gorillas approached him. Because he did not show any scary gestures, the gorillas stayed with him for quite some, with some animals even patting his head and showing some caressing gestures. It was so sweet!

The video just goes to show that wild animals can be our friends too, if only we treat them with respect and calmness. The video was a clear testament to that. We only have one world, let’s share it with all other creatures with peace.