The shocking moment when a car exploded at a petrol station in Rio de Janeiro, Brazil was captured by a security camera and is spreading like wildfire on the internet. The footage shows driver Jorge Siqueira de Souza, 45, outside a silver vehicle. He was chatting with a female passenger who was inside the car.

Seconds later, the vehicle explodes, sending de Souza flying through the air and landing a few feet from the wrecked car. The female passenger, identified as Erica de Lima Thiengo Siqueira, 27, was killed instantly. Reports say her body was burned beyond recognition in the blast.

A car unexpectedly explodes at a petrol station in Rio de Janeiro, Brazil.

The car was reportedly being filled with compressed natural gas when it exploded. 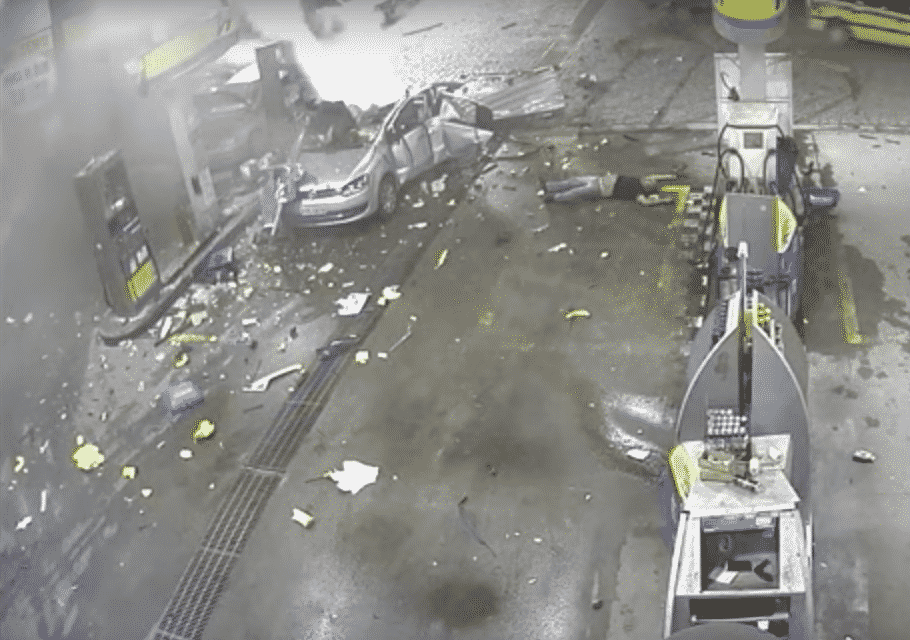 The car was being filled up with compressed natural gas when it exploded. The explosion not only killed Siqueira and seriously wounded and injured de Souza, it also destroyed the petrol station’s roof and a car nearby.

The female passenger was instantly killed in the blast. 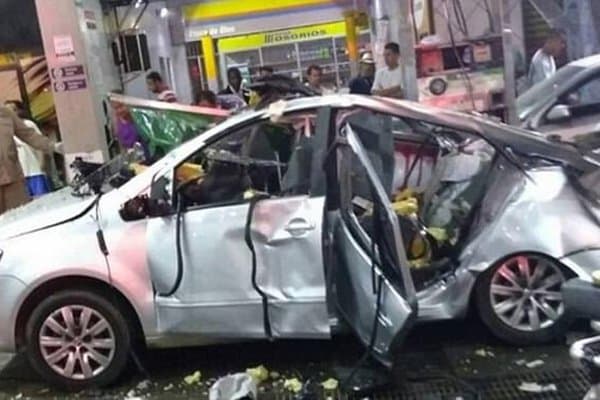 De Souza was reportedly taken to the Alberto Torres State Hospital in the Sao Goncalo neighborhood. Two others suffered minor injuries. They were quickly released after receiving treatment.

The male driver, on the other hand, was seriously wounded and injured. 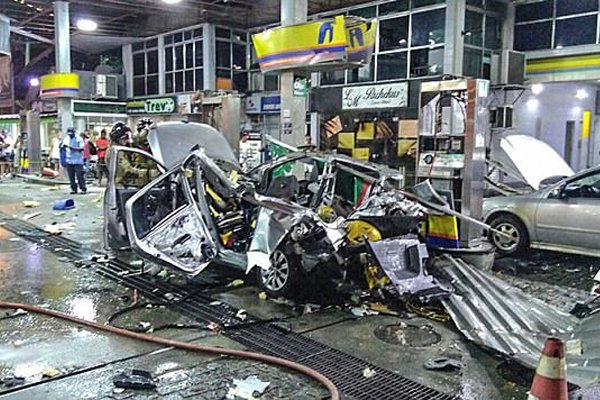 According to the authorities, a build-up of pressure inside the car’s gas cylinder caused the explosion. They said that according to the law, there should be no one inside a vehicle when it is being loaded with compressed natural gas. 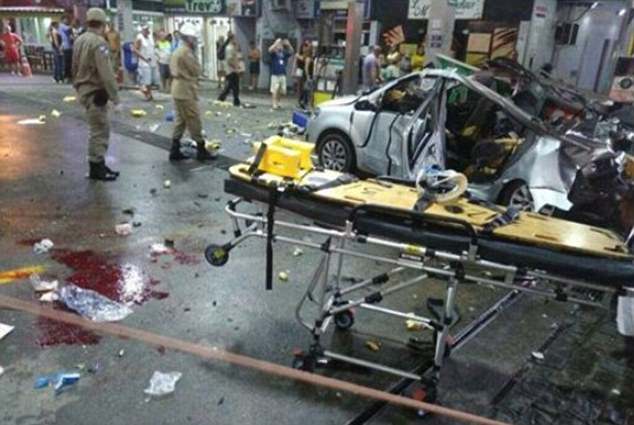 Some people nearby who heard the explosion rushed to the scene and saw de Souza motionless on the floor. One witness told Mail Online:

“I was at a baby shower at my neighbor’s around 9 to 9.30pm when I heard this massive noise. I thought it was very strange and thought it could be a road accident. Then my friend said it must have come from the petrol station. We ran to see what had happened, and other people from a nearby pub came running, too. When we arrived, we found one guy on the floor covered in blood. It was a terrible sight. I couldn’t look because I started to feel ill.”

Witnesses also said the ambulance and firetrucks arrived quickly at the scene.