According to pest control experts, flies carry over 200 different types of bacteria. It’s easy to shoo these nasty insects away when they seem to approach your food. But other times, people who are used to the sight of flies, might no longer be bothered by their presence.

But again, a fly is more dangerous than one might think. Most people know that flies vomit on the food that they landed on. Because they can’t chew, they need to soften their food by vomiting on them before eating them. That may be the grossest part of having a fly on your favorite piece of snack but it’s actually not responsible for the spread of diseases.

Flies land on just about anything and that is one way of spreading germs. 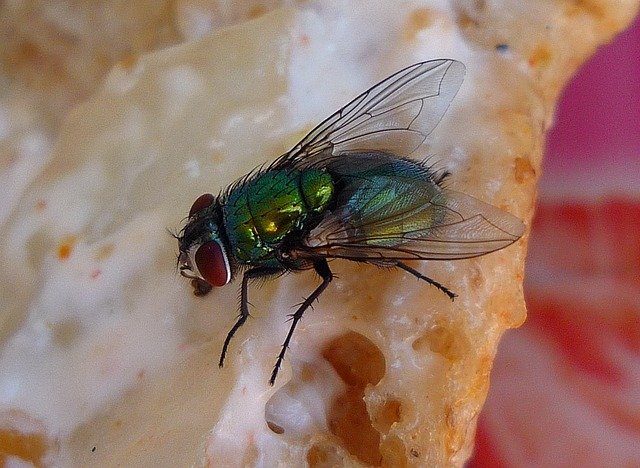 A fly’s legs are covered with tiny hairs that carry the germs. Of course, they have this because they land on basically anything they want – including icky trash and yes, poop. Imagine the bacteria that would attach to those legs and just seconds of landing on your food, you already have a contaminated snack.

Flies vomit on their food to soften them up, but that’s not how your food gets contaminated. 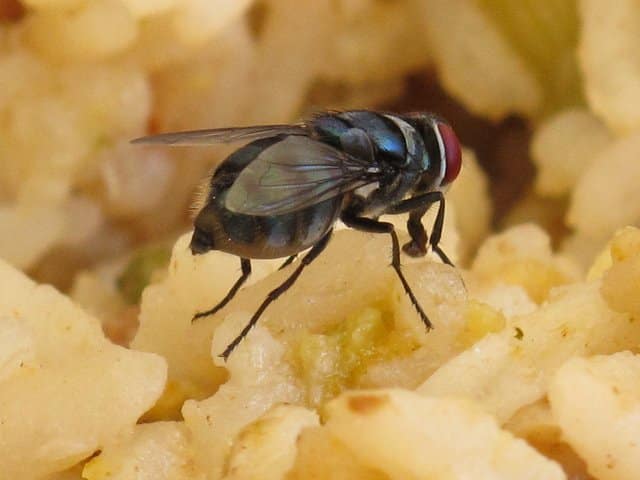 A fly’s tiny legs are covered with hairs that spread bacteria on your food when the insect touches it.

Most healthy adults can fight off diseases from the bacteria, but children and the elderly are susceptible.

Here’s what pest control expert Ron Harrison has to say:

“They only need to touch your food for a second for their legs or the tiny hairs all over their bodies to transfer germs from all those nasty things they eat onto what you are eating.

“And since flies can transfer serious, contagious diseases like cholera, dysentery, and typhoid, it is probably best if you avoid eating things a fly lands on.”

So the next time a fly stays even just for a second on your food, you already know that the part has been contaminated. Instead of throwing all the food out, just throw away the portion that has been touched by a fly.