It is often true that men appreciate women in terms of physical. In fact, some of them may judge a lady’s attitude based on her looks. However, if he seeks a long-term relationship, things can be very different. He looks and notices different qualities.

Apparently, the qualities he is looking for will help him determine his decision to marry a girl. This could be related to health, career, and personality, among many others. As soon as he deems a woman suitable for him, he eventually thinks of proposing.

To give you a better idea, check out the 10 pictures below. They show different traits that a man appreciates in his future wife. For the ladies out there, it is time to take note these. 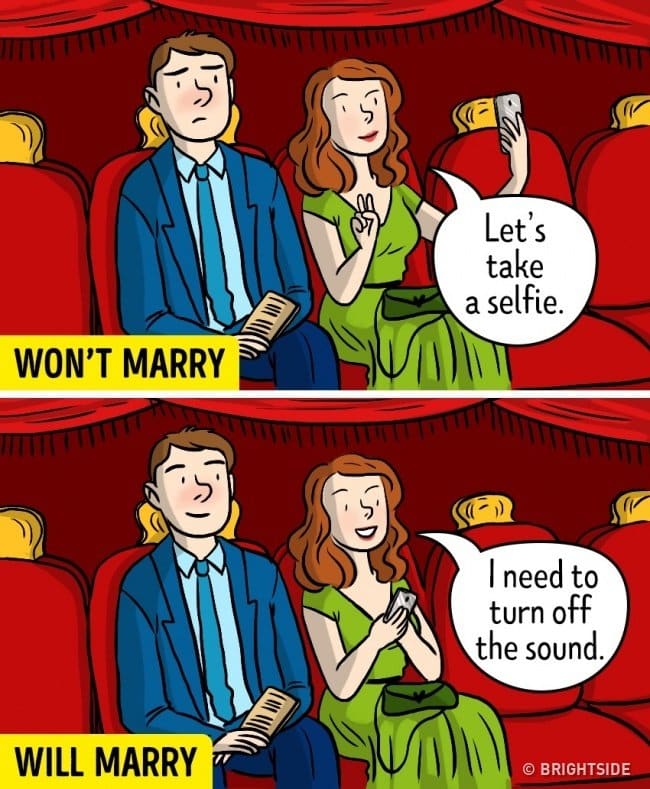 When it comes to having a stable relationship, this trait here is of huge importance. And remember: Men who often say that they do no need intelligent women are likely to cheat. 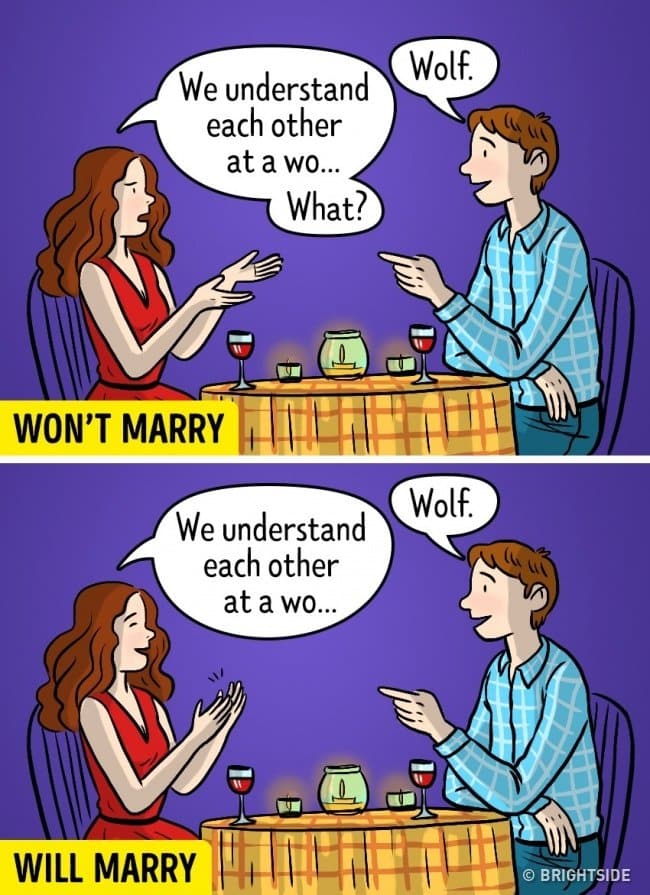 If you can take a joke and/or say something funny, then you are probably a capable and strong person. Besides, is it not a pleasure to be around funny people? 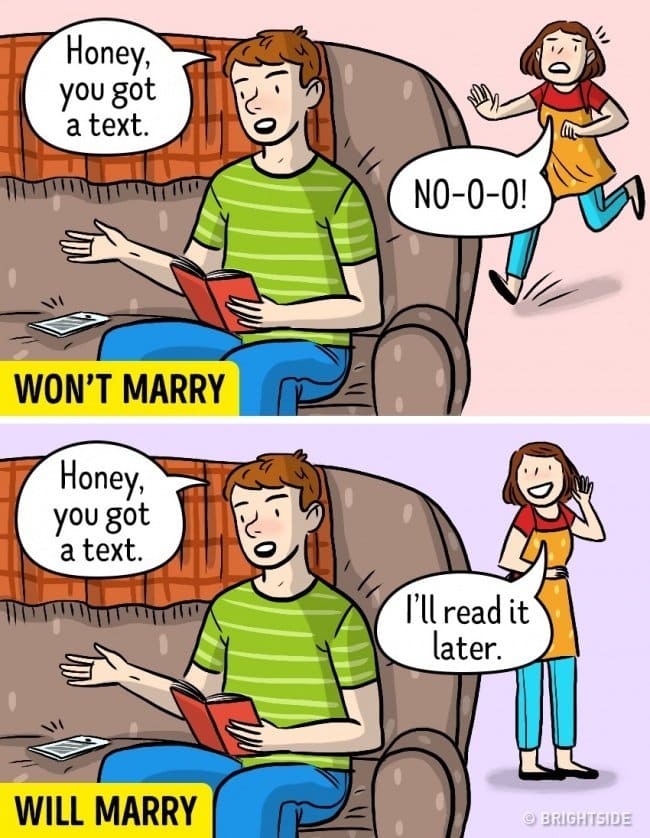 This one here is really worth discussing. But almost all can agree that no one wants to be cheated on. Obviously, a man wants to be with a woman who will spend her entire life with him. 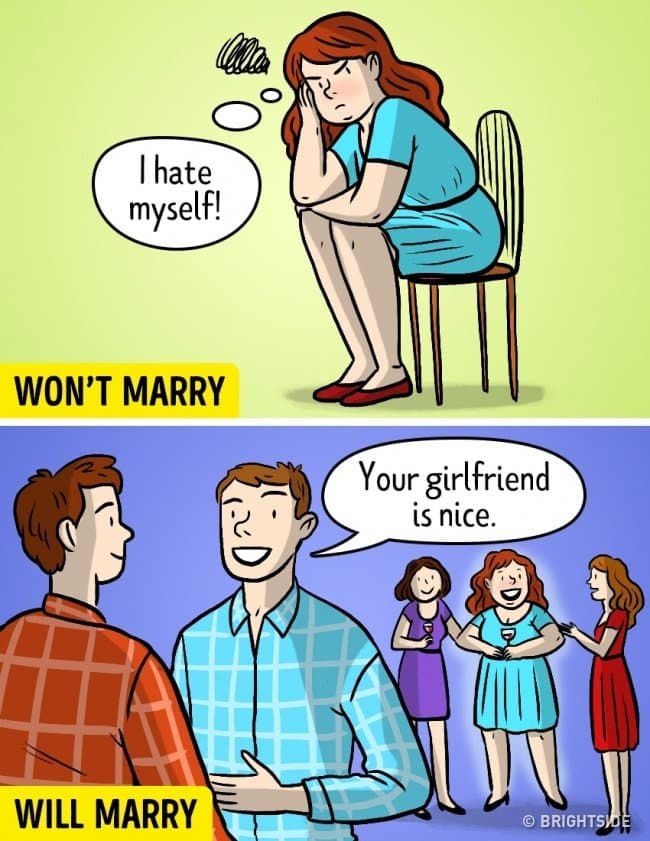 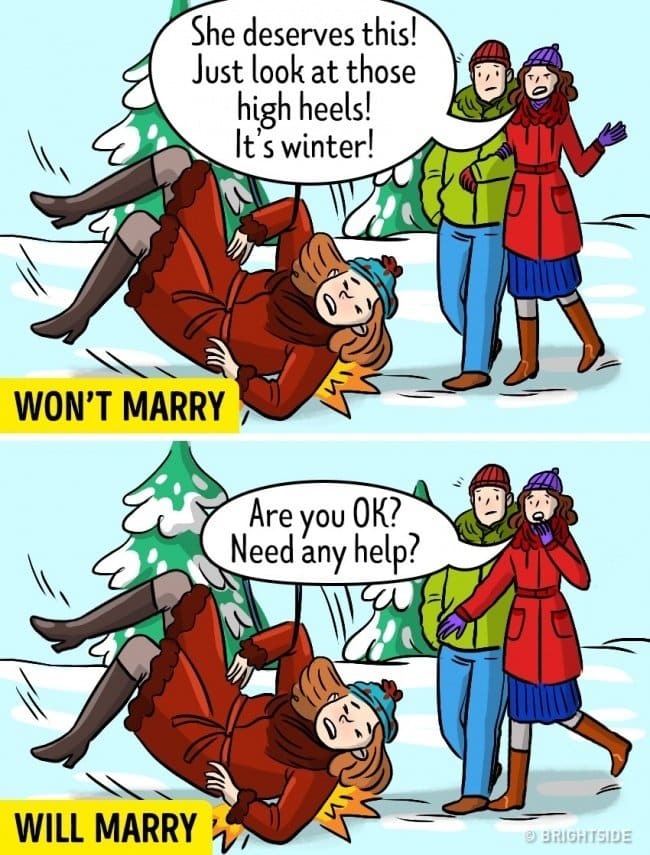 Of course, no one likes a person who only wishes bad things upon other people. As for people who do the opposite, they always shine and attract other individuals. 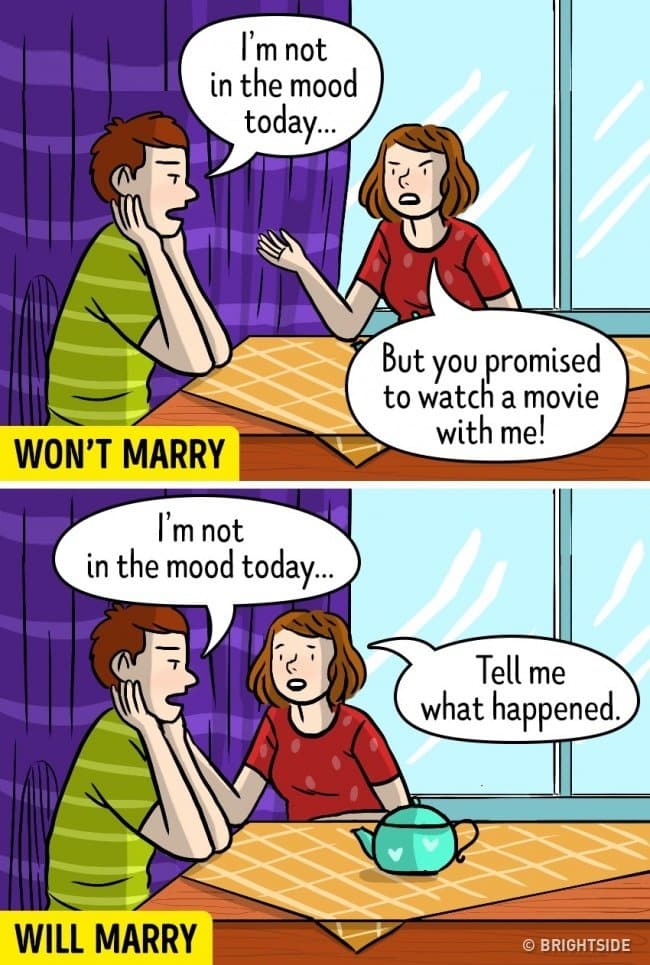 Believe it or not, there are people who think that this trait is quite a burden and disturbing. However, if a woman is really ready to sympathize, then her significant other will always feel the support from her. 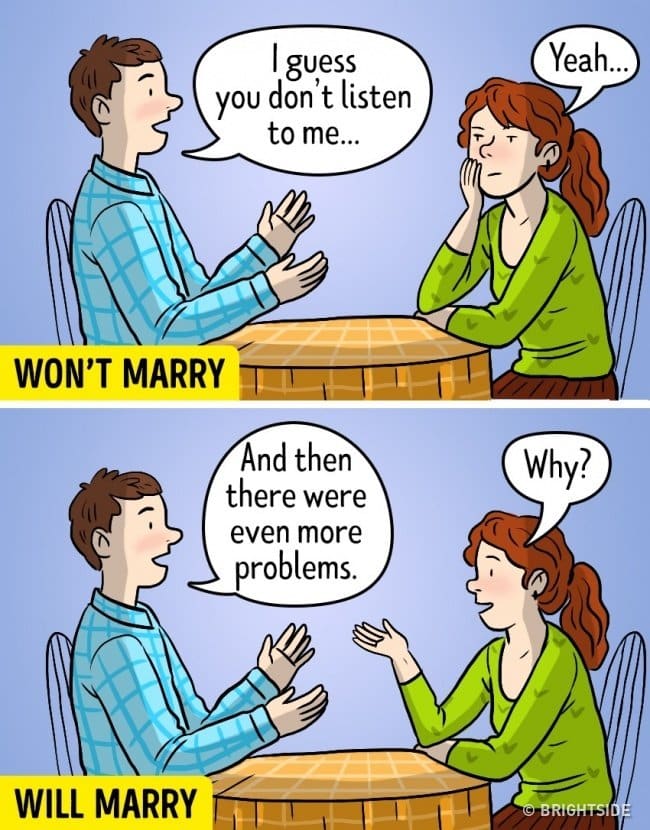 It cannot be denied that most guys are not always ready to open themselves. But when they do, they can really appreciate a woman who can lend an ear and give advice. 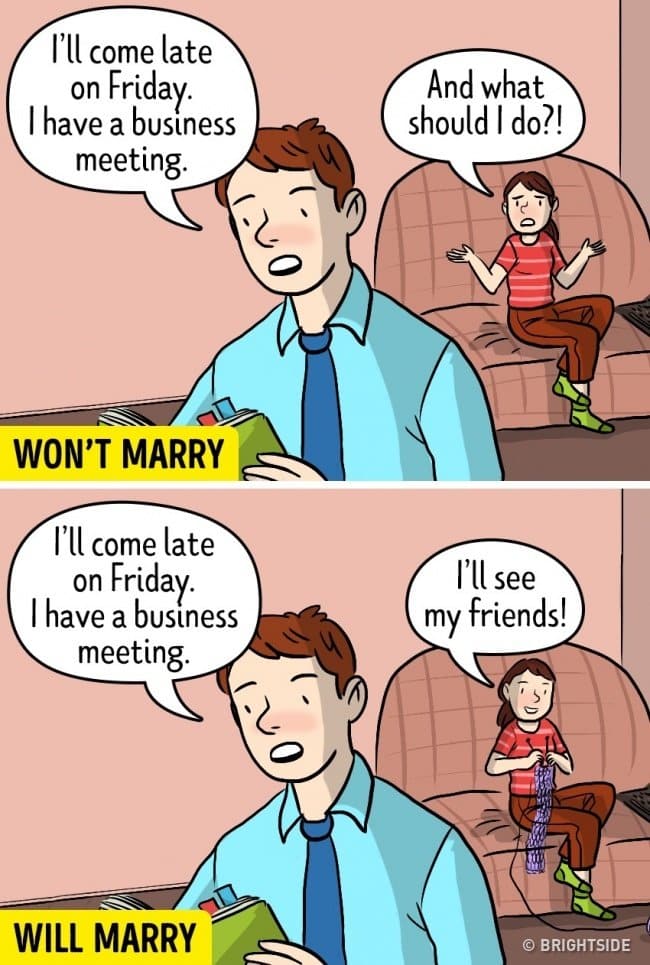 Every man wants what is best for her partner, and he will do everything to protect and take care of her. Nonetheless, dependence and the inability to make simple decisions can be a huge problem. Men want women who are independent and can do things on their own. 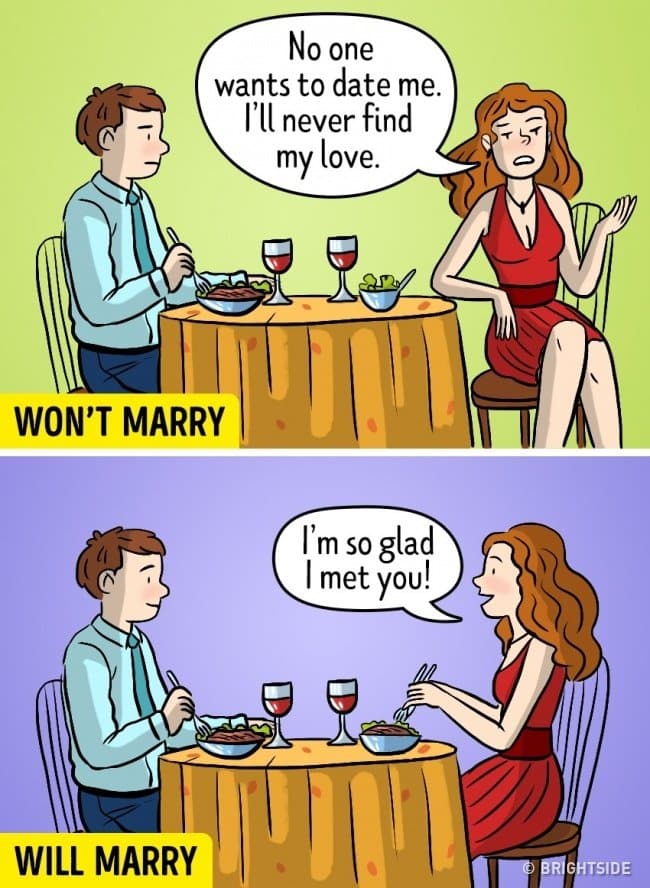 Almost all men are sick and tired of the drama queen. In fact, they often get bored with all the hypocrisy and affectation. For them, they would rather go with a woman who lives a simple life. 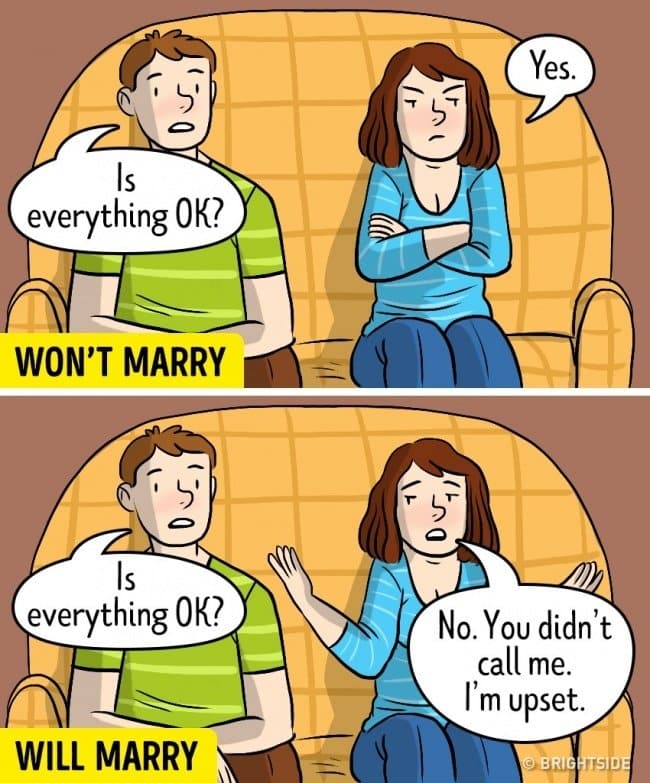 No one on Earth can read another person’s thoughts, right? Hence it is always better for us to speak up and share stories. Besides, it helps avoid any possible conflicts and psychological traumas.