It was a random social media post that unexpectedly went viral. Nurse Faye Lewis was sorting out her things while talking with her mother about her challenges. She has recently began a Doctorate Program in her aim to become a Family Nurse Practitioner.

“Over the years I’ve often called my mom, upset, saying things like I can’t do this or, I’m just done,” shared Faye. “But, my Mom always encourages me and says, keep going, you’ve always made it work.”

During their conversation, she found something that definitely reminded her of that.

Once a fast food worker, Faye Lewis is now a registered nurse! 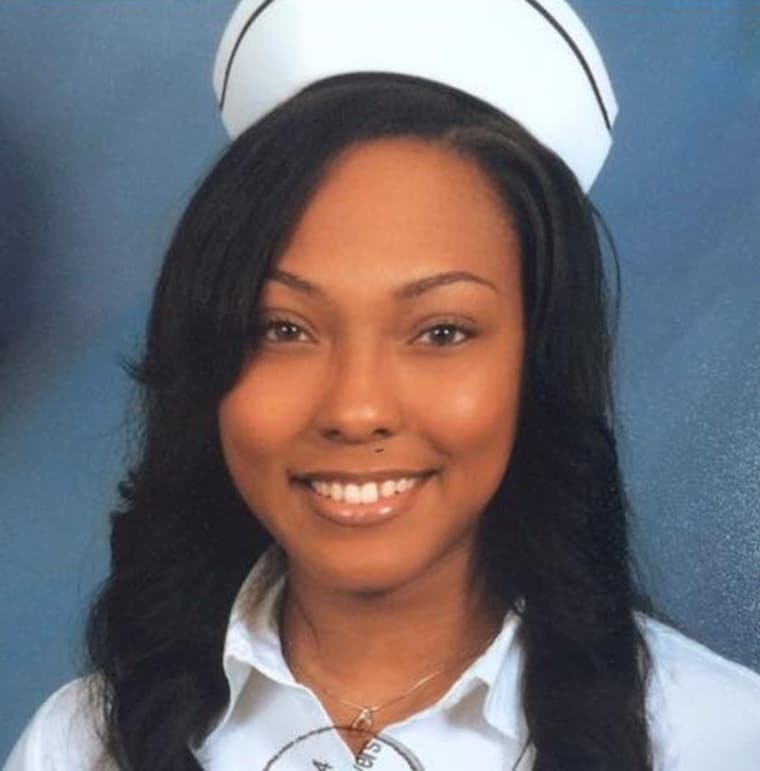 In a Nurse.org feature, Faye said:

“I found a plastic baggie full of my old badges and noticed that my new badge now listed my BSN so, I snapped the photo – to encourage myself. I had been through a lot, and I knew I could do this too. I didn’t post it for attention. I just wanted to have this photo to motivate me through my Doctorate program.” 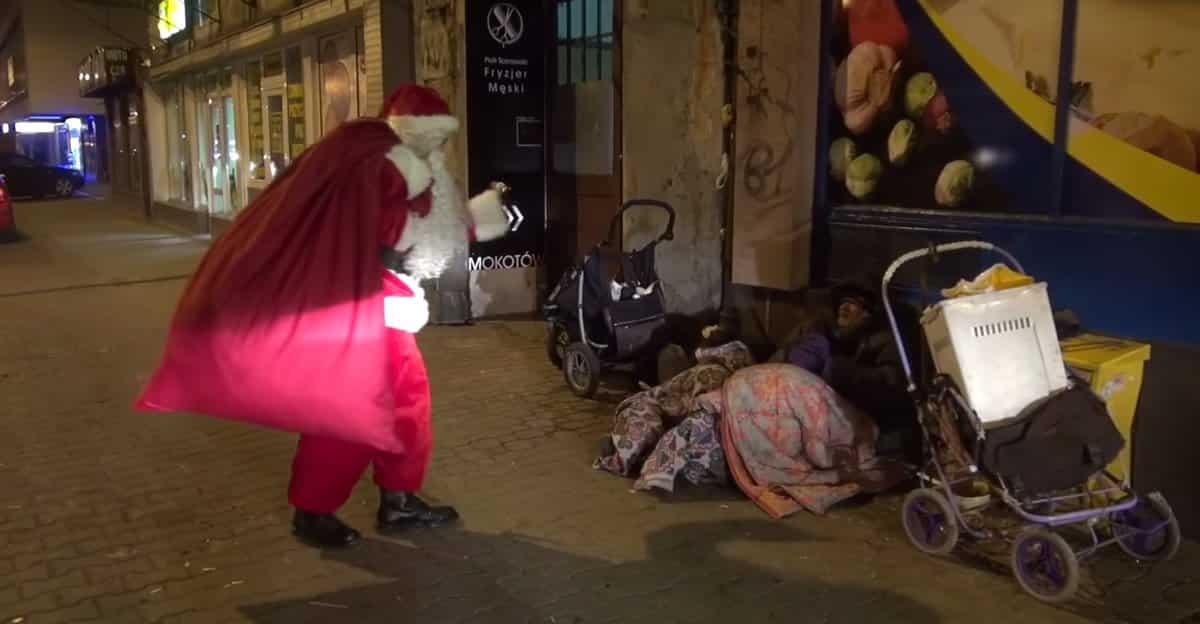 It didn’t take long until the photo garnered over a hundred thousand shares on social media and numerous netizens praised Faye for her hard work, regarding her as a real inspiration.

“I didn’t know such a simple post would inspire so many. People are telling me that the post gives them hope. I owe that to God,” she commented.

Things were never easy for Faye – but she persisted. 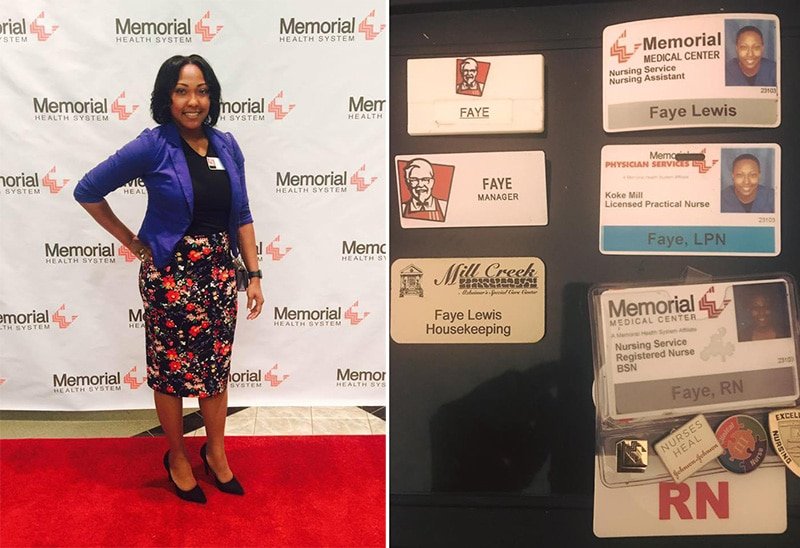 According to Faye, she’s always been inspired by her mom used to be a Certified Nursing Assistant. At age 16, she had her first job at KFC to help her family.

She later received 11 academic scholarships for college and while she got excellent grades for most of her classes, she ended up with B’s in two classes and that prevented her from going to a nursing school. Moreover, she became pregnant with her first baby at the latter part of her freshman year.

Eventually, she decided to leave the university at the moment and move closer to her parents, for the sake of her child.

“I probably wouldn’t have chosen this journey. But, it’s my journey, I own it. I embrace it.” 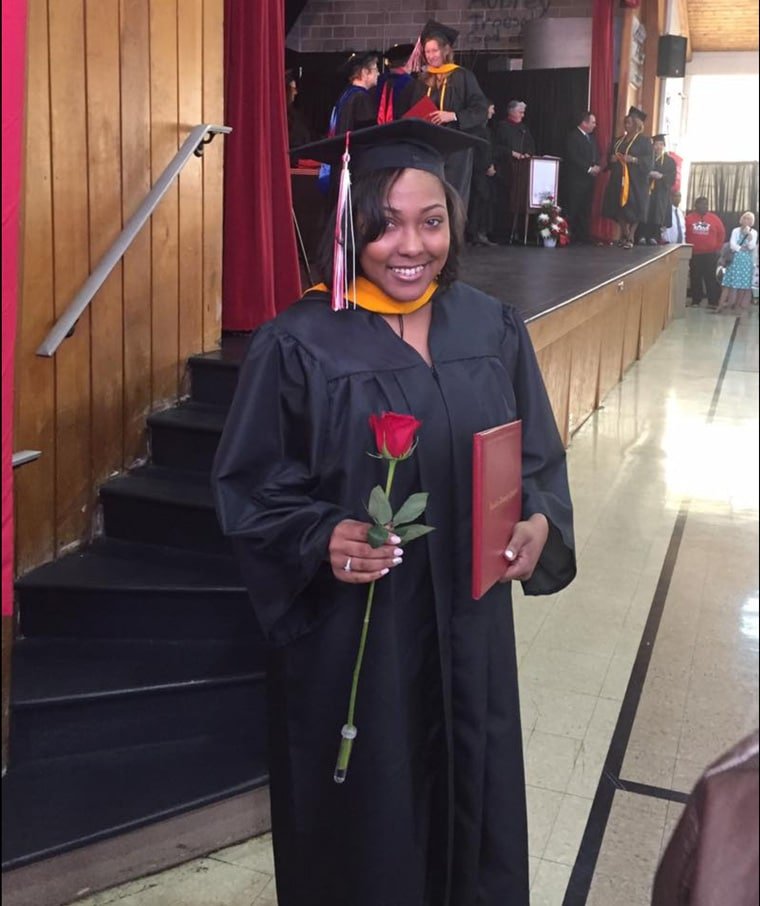 Fortunately, doors later opened for Faye. She got promoted as a Manager at KFC and later found work and education opportunities towards her goal. She juggled her jobs and studies and took her board exam the same day as a KFC Managers meeting.

After passing the boards, she went on to get an Associate’s Degree in Nursing and it was at the time when one of her professors warned that many students “lose their loved ones while in nursing school.”

The warning proved prophetic after a tragedy happened three days after that.Faye lost her father, three cousins, and family dog during a house fire.

“One of my best friends called me hysterically crying. When I heard the news, I dropped to my knees. My mom made it out alive just by a miracle of God.”

Despite everything, she still moved forward. “My faith and relationship with God helped me get through that dark time. I prayed a lot and asked God to guide me. I had a supportive family and I knew my Dad wouldn’t want me to quit,” said the 27-year-old woman.

After years of hardships and hard work, she’s now officially a registered nurse. “I made it through despite it all,” she happily declared.

Faye was also nominated for the Magnet Mentor of the Year Award in 2016.

“The hospital did a photo shoot and flew me down to Florida for the awards. I had no idea it would be on a billboard.”

“Nursing is my calling and I love what I do,”: she added. “I don’t do it for the money – I’m far from rich. It’s my passion and I love helping others.”

Kudos to you, Faye. You are such a great example to us all!