The newest project in Da Nang, Vietnam surprised the people for its spectacular architecture. Two giant hands are made to look like holding the Golden Bridge of Ba Na Hills to support it.

Established by French colonist back in 1919, Ba Na hills is a mountainside resort that once holds 200 villas. Though what’s left of the villas are now in ruins, it also has other tourist attractions like Fantasy Park and a French-style village. Situated in the middle of the mountain hills, emerged the newest destination in the garden of Thien Thai.

The majestic attraction was opened to the public in June. 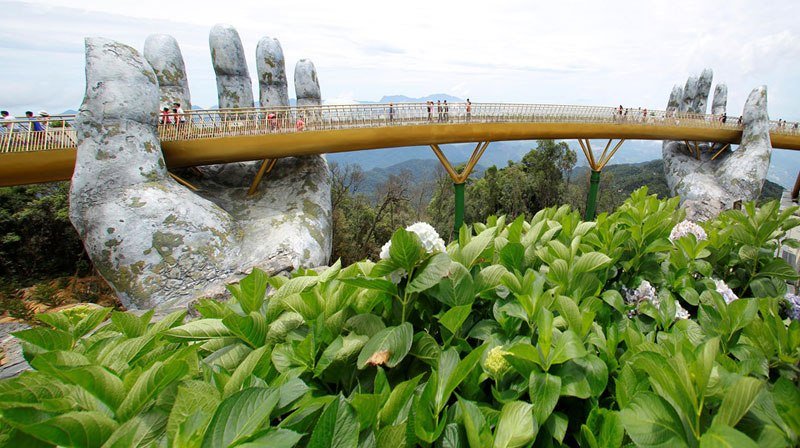 Built just 1,400 meters above sea level, it has 8 spans of a 150-meter walkway that gives tourist that walking in the cloud experience.

The Lobelia Chrysanthemums outline the pathway of the bridge. 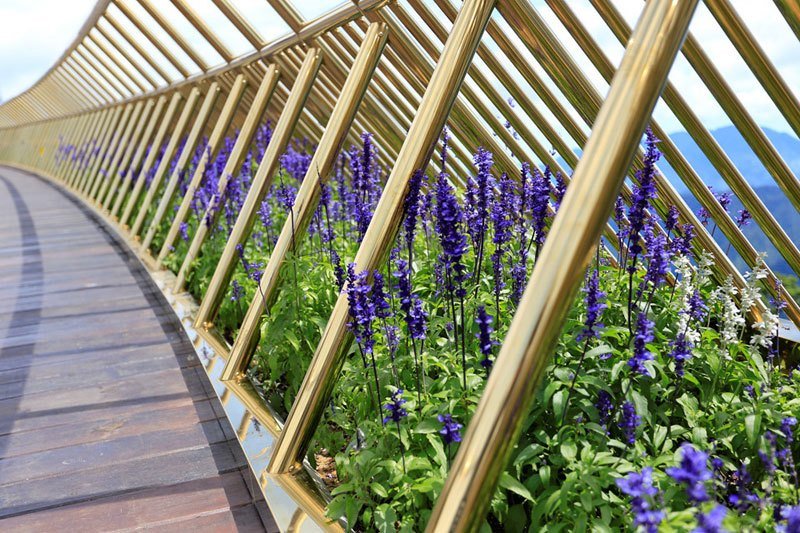 It furnishes a vibrant purple color that makes visitors feel like walking in paradise. The two giant stone hands are dramatically made to look weathered and old, which gives an impression of an ancient god guiding passersby of the bridge.

Surrounding it are the breathtaking view of the mountains and the forest below plus the infinite white and blue of the sky above. 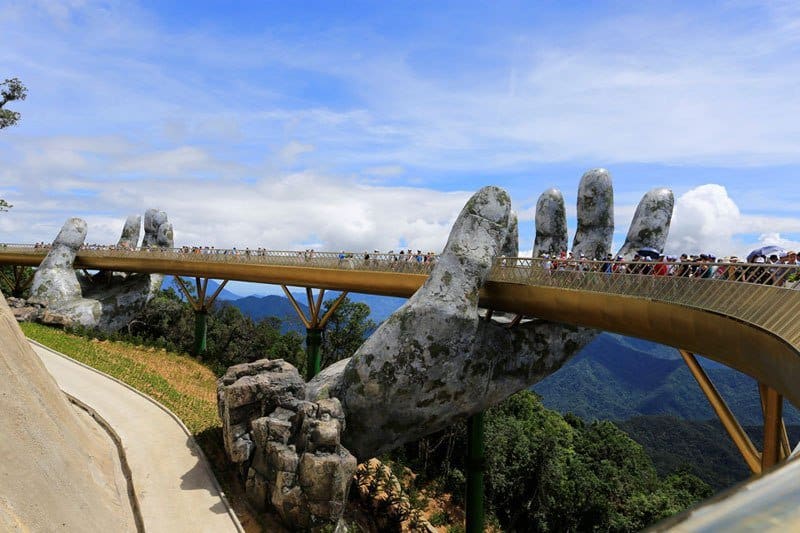 The bridge looks like a glimmering golden pathway above in the middle of the mountains.

The attraction was said to be part of a $2 billion project to support tourism in Vietnam. 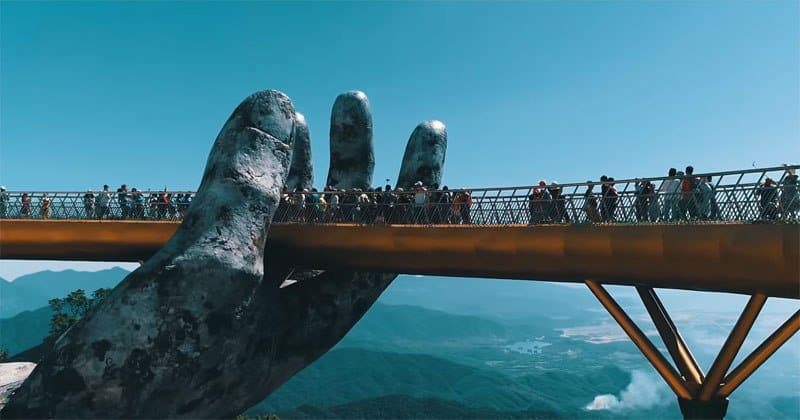 The country holds over 12.9 million tourists in 2017 with about 6.6 million alone in Da Nang. Despite the fabulous concept, no linked designer attributed to it yet. There are, however, images of the same idea rendering to TA Landscape Architecture that can be seen online.

Vietnam is one of the countries in Asia that has utilized the modern approach to develop the natural beauty of nature. Thus, taking it to a whole new level without losing the ancient touch of sacredness.