On the evening of August 21, 1986, an invincible killer emerged from Lake Nyos—an active crater lake located in the Northwest region of Cameroon, near the border of Nigeria.

A massive cloud of carbon dioxide emanated from the body of water. It rolled into the valleys and villages below, consequently depriving the air of oxygen.

They all suffocated to death. 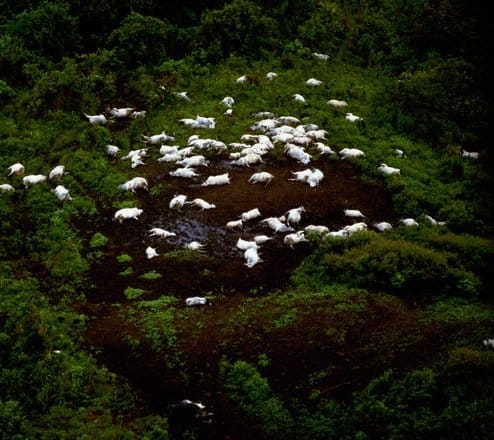 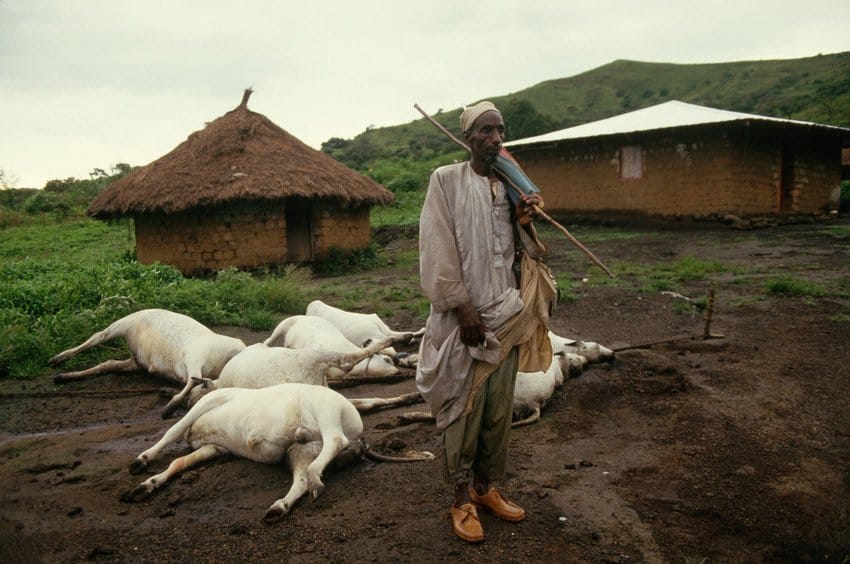 The crater in the lake resulted from a hydrovolcanic eruption that occurred approximately 400 years ago. Large amounts of carbon dioxide have accumulated in the water over the centuries, as volcanic activity continues deep in the earth. Dr. George Kling, a biologist at the University of Michigan, says that the gas is percolating into the groundwater; thus, creating “CO2- charged soda springs.” 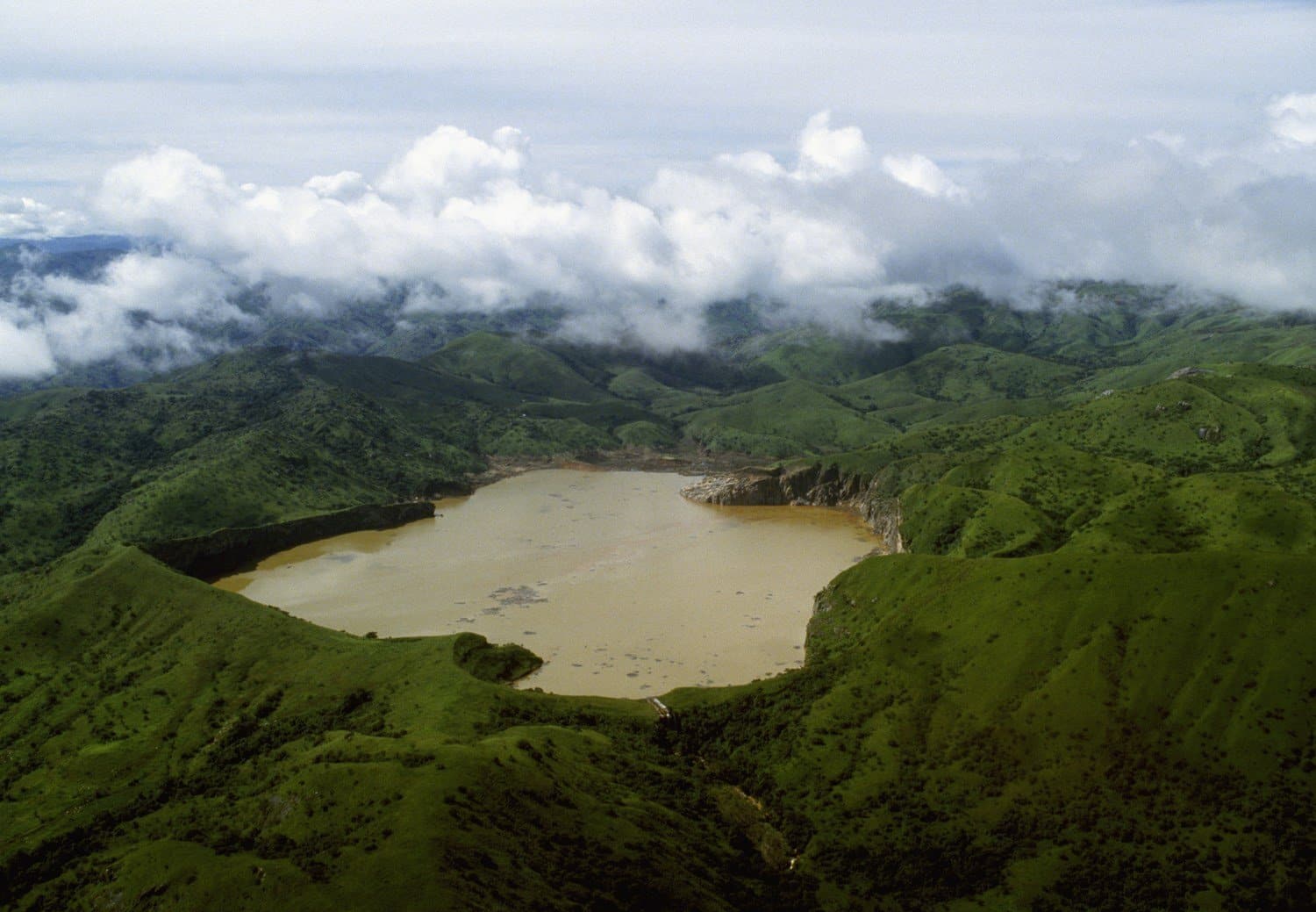 Dr. Kling said that the problem with CO2 is that it builds up “like in a soda bottle.” We cannot see the pressure building. As long as the bottle remains unopened, the gas will either evaporate or be forced to stay submerged in the liquid. But “when that cap is removed, it explodes like a warm, shaken Coke,” he said. The bubbles ascend and a massive burst of CO2 will be discharged into the atmosphere.

The weight of the water in the lake is like that bottle cap. Once the water is disrupted by anything from heavy rains to earthquakes, the CO2 will rise up into the air.

Some boulders and dirt probably triggered the release of gas in Nyos. Dr. Kling found evidence of a “very large and recent landslide” when he visited the area after the tragic incident. According to Dr. Njilah Isaac Konfor, disaster-management and groundwater expert at the University of Yaounde, there were reports saying it rained for a week prior to that fateful day as well.

Fortunately, there are only three lakes in the world with these characteristics, and only two incidents of limnic eruptions have occurred so far.

One is Lake Monoun, which is located 19 miles away from Lake Nyos 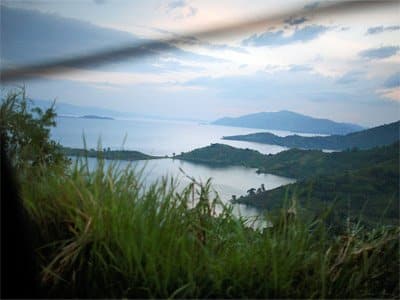 To prevent these killer lakes from exploding again, a team of internationals scientists lowered six-inched polyethylene pipes into the depths of Lake Nyos. This way, the gas can safely escape into the atmosphere instead of building up under pressure; thus, averting future eruptions. 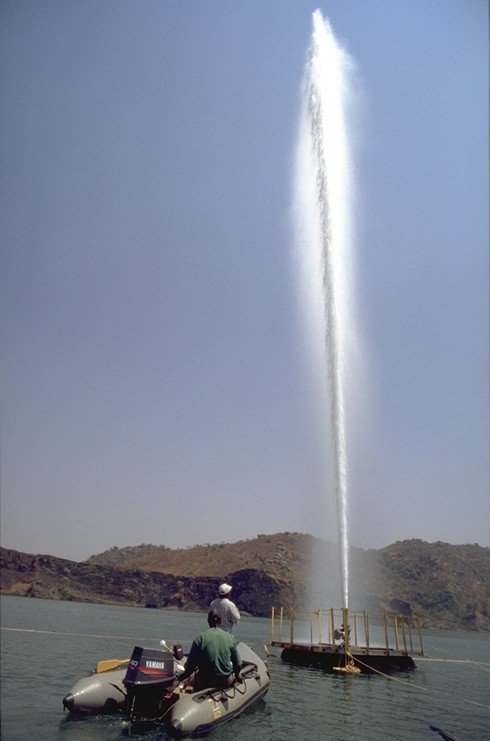 However, CO2 isn’t the only problem that the locals in the region face. At one section of the crater is an unstable natural dam comprised of volcanic ash and rock. If the dam collapses, Kling said the flood “would reach Nigeria” and imperil the lives of 5,000 people. Even worse, this may also trigger the release of any remaining CO2 at the bottom of the lake. The biologist calls this a “double-whammy threat.” However, he said this matter is being addressed by an expensive yet crucial dam-strengthening project that is nearing completion.

Even though the lakes in Cameroon no longer pose as a threat, a greater danger lies on the border between the Democratic Republic of the Congo and Rwanda. Lake Kivu, which sits on the Albertine Rift, is 1,600 times bigger compared with Lake Nyos. It also holds 1,000 times more lethal gas. In the event of a limnic eruption, the CO2 levels here could kill two million people along its shores.

Kling calls this the “largest ticking time bomb in the world.” 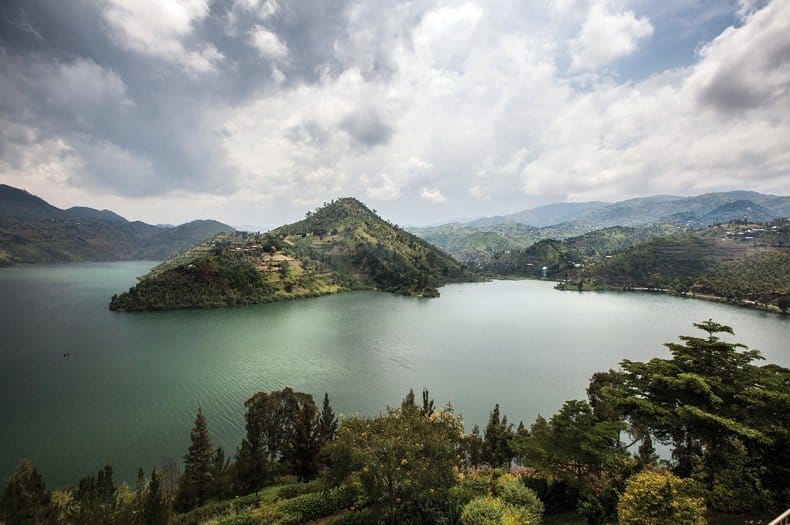 Scientists could not employ the same methods they used to degas the lakes in Cameroon. Lake Kivu is far too big. They still have not determined what they can do to prevent the danger. As an alternative solution, the Rwandan government decided to capitalize on the natural gas by carefully collecting the deposits for electricity. Still, the people are in danger unless they decide to do this project on a larger scale.