Sometimes people are beautiful not in looks, not in what they say, just in what they are. A young woman in Malaysia is putting a fresh breath into the beauty pageant world, trying to change the “old-school” concept of people about being a qualified beauty queen.

A 20 year-old lady named Evita Delmundo from Malaysia was born with countless, huge and shaggy dark moles all over her face and body. She also have big birthmarks on her neck and shoulders. Evita has been bullied since she was a kid because of her looks. She could even remember some people from her childhood calling her a “monster” and a “chipsmore.”

Evita Delmundo gathered her confidence to audition for the most prestigious beauty title in the world. 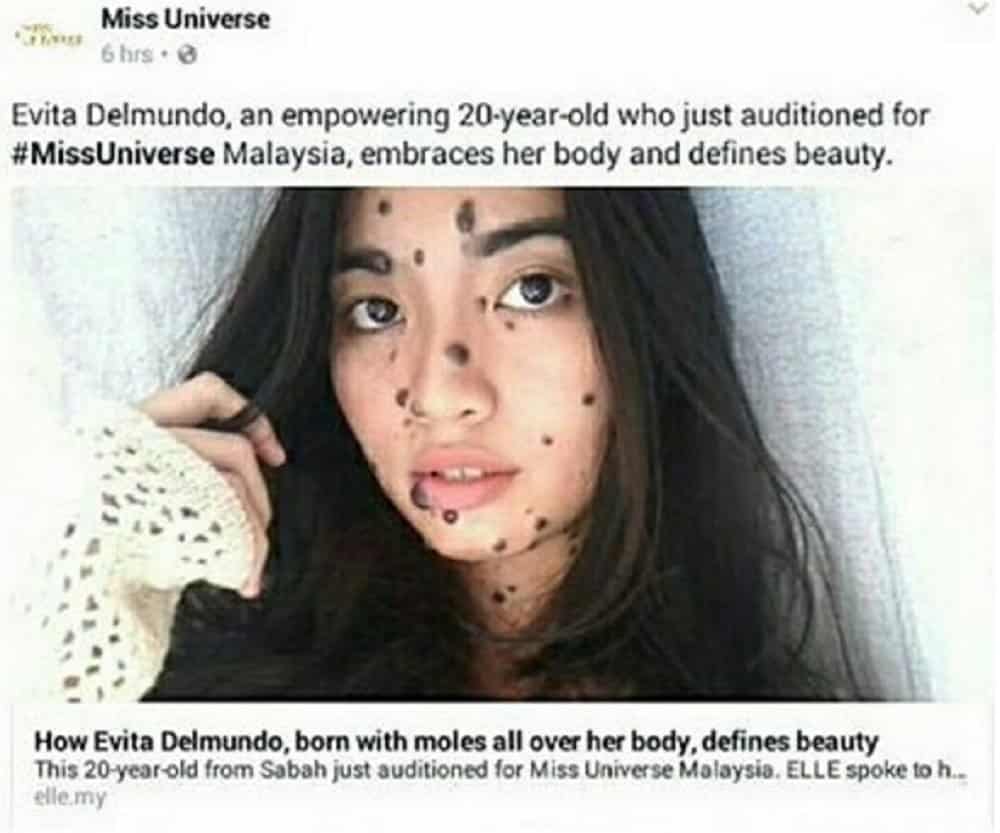 Regardless of what happened, Evita never let that situation stop her from dreaming of becoming the next Miss Universe. That even made her stronger and decided to join the audition for Malaysia’s bet to enter the grandest beauty pageant in the world.

However, before gathering the confidence to do so, Evita had to go through a lot of thinking and the process of self-acceptance. During Evita’s primary school days, she said that nobody – not even one – wanted to be friends with her. Teachers would even ask some of her girl school mates to join her for lunch. Evita heard them saying: “why should we have to treat her like a princess?”, so she asked them that there’s no need for them to accompany her and left with no second thoughts. It was a heartbreaking situation for Evita and it made her feel alone. 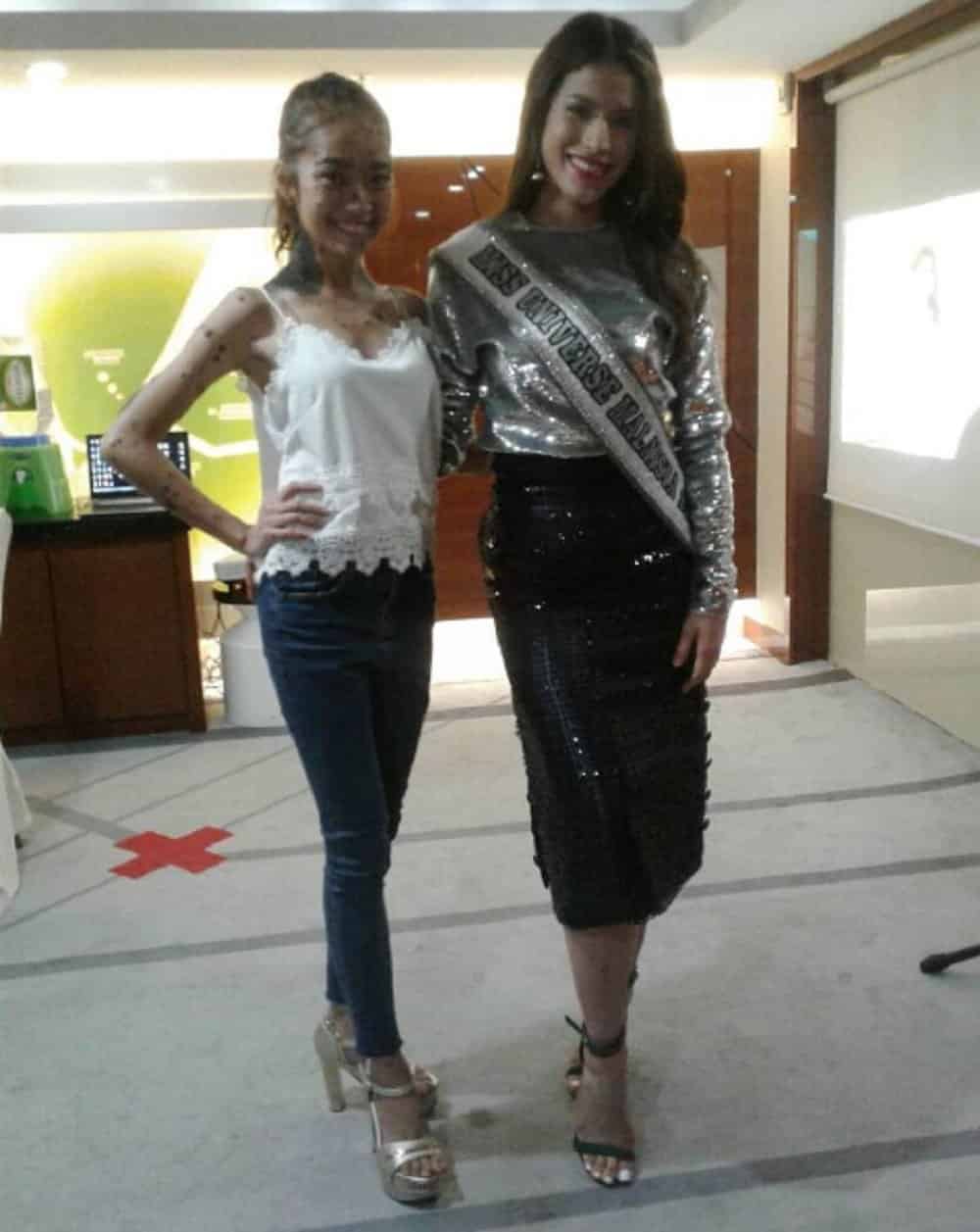 While Evita was growing up, she noticed that her moles are getting bigger so she thought of seeing a specialist to have her moles removed. But doctors refused and warned her that once they go through surgery, her health could possibly be in danger. They also added that her moles could be some kind of a skin disease, caused by genetic disorder. That’s when Evita totally embraced herself and accepted her situation wholeheartedly.

“It’s always been a dream for me to try out for Miss Universe Malaysia. I feel like it’s a good way for me to showcase my uniqueness and new-found confidence, and hopefully I can also inspire others.”

“Beauty is not just what’s on the outside; it’s not someone with the perfect face or the perfect body. Beauty is who you are as a person and how you love yourself. It’s never about perfection.”

Evita is now waiting for the results of her audition.

Evita revealed that joining the Miss Universe pageant has been her longtime dream. 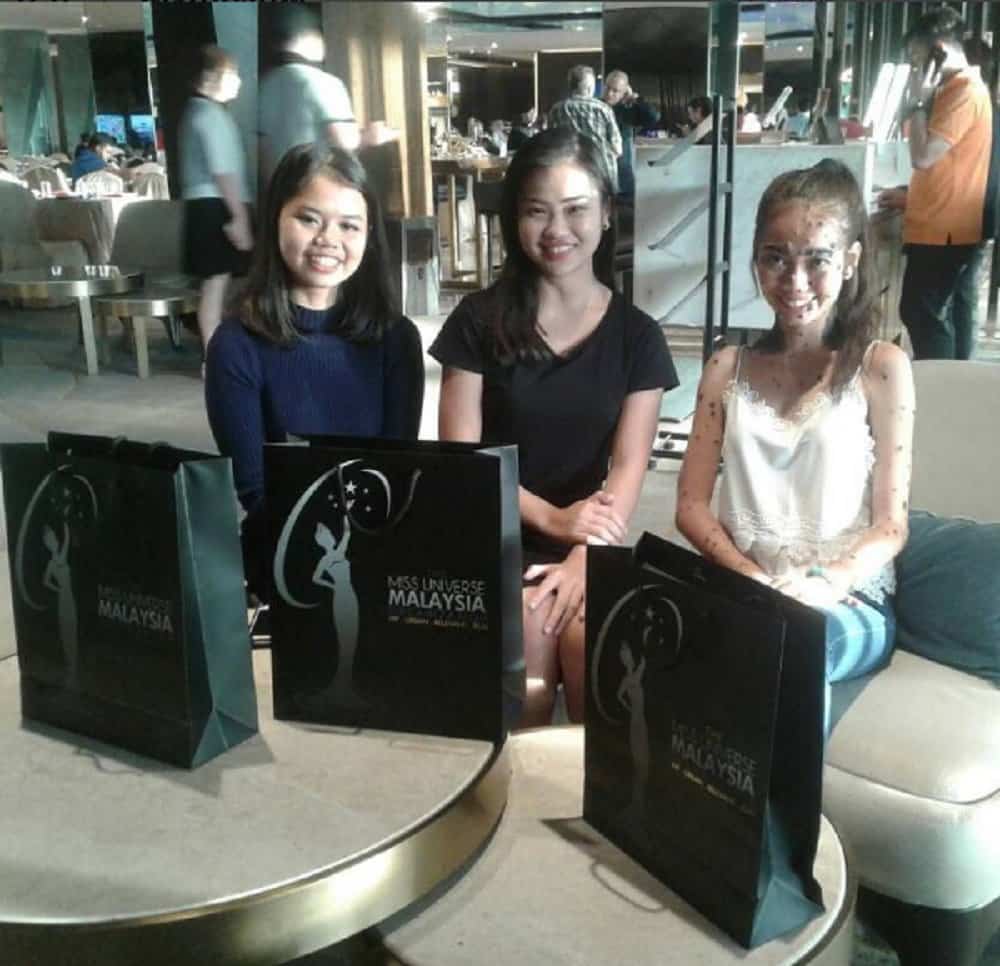 While the pageant is still months away, many are already rooting for her to grab the Miss Universe Malaysia 2018 title.

Evita is changing the perception of many people about true beauty. 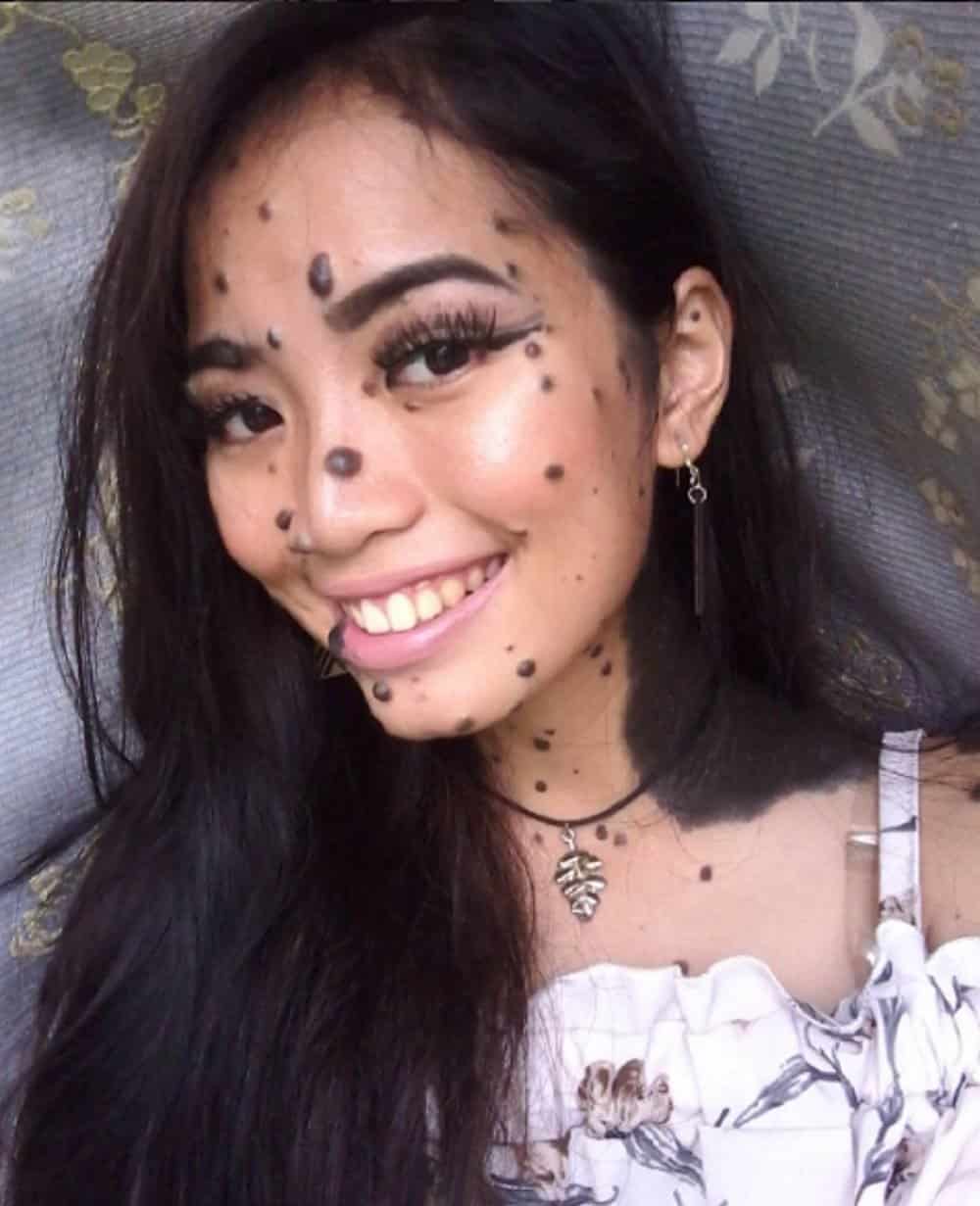