It was supposed to be a memorable day for 5 year-old Eli Malone — it was his birthday. But instead of a joyful celebration, it turned out to be a day that he will not forget for a different and sorrowful reason.

Unfortunately, his best friend, a dog named Opie, was heartlessly shot multiple times in front of them by the Oklahoma police and even worse, they were mistakenly there for the wrong person. 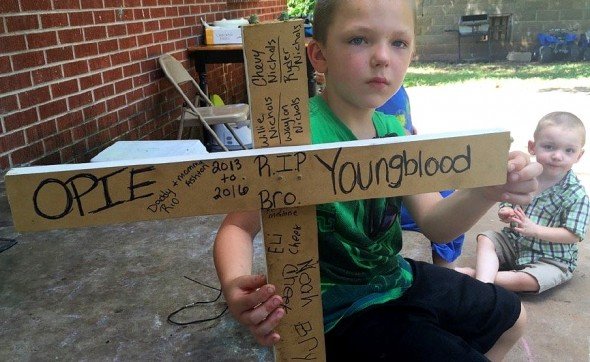 Eli, with his mom and friends were celebrating his birthday that day. While they went inside to get ice cream, the cops showed up outside their house in Wynnewood, Oklahoma. They were to serve a warrant to a man who has lived there 10 years before – regardless of the fact that they knew the Malones had lived there for the past year. 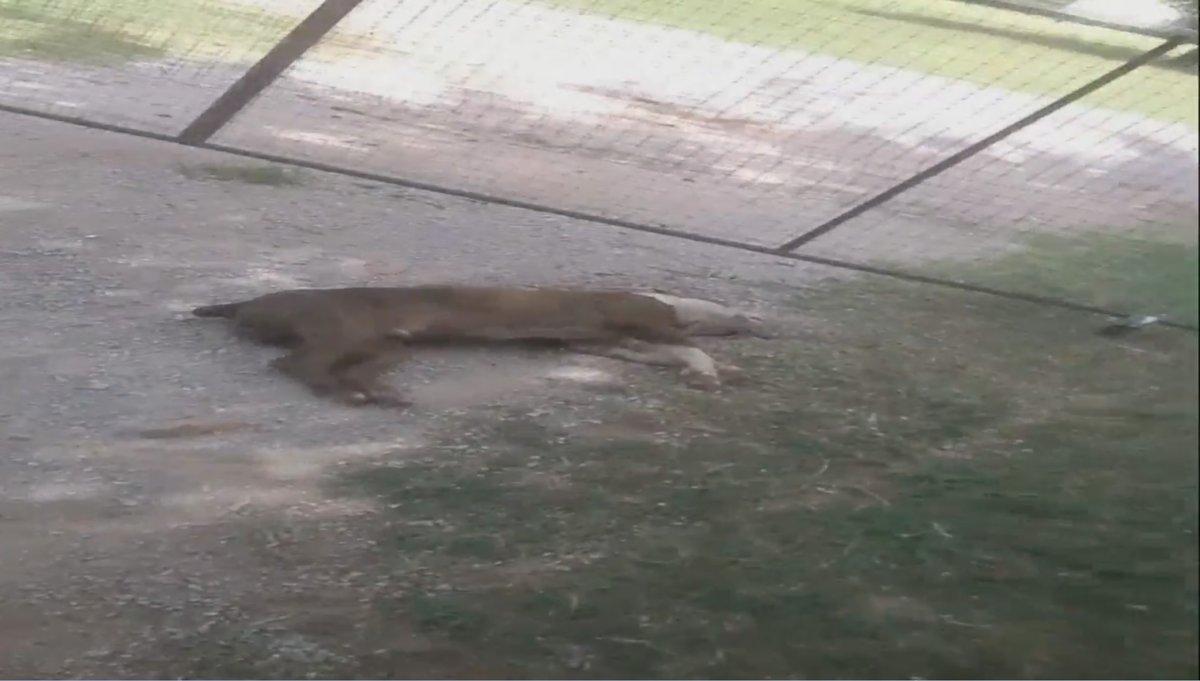 More shots from an AR-15 were then fired. Eli’s mom, Vickie Malone, said that she saw Opie kicking and gasping for air after that.

Vickie confronted the officer and he said that he only defended themselves for the 3-year-old pit bull mix lunged at him through the fence showing aggressive behavior. Ken Moore, the town’s chief of police, said the same thing. However, the chief of police hadn’t seen the aftermath footage showing Opie with a gunshot wound to the head lying dead at a safe distance from the police inside the fence.

Moore still defended the action saying that they have a right to defend themselves. Vickie said that while she respects what the police do, the lack of remorse from the officer was plain unreasonable. He did not even apologize and seemed to have felt sorry for what happened. 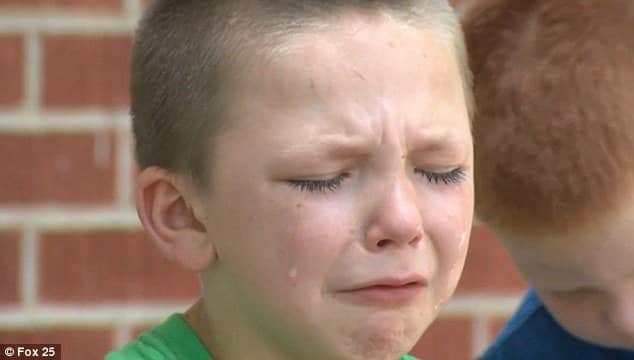 Hearbroken Eli find it unaccounted for. He lost his best friend that he would play and have fun with. It hurt him that none of the police even said sorry. Eli says he misses him and made a small wooden cross to mark the gravesite of Opie in their backyard. 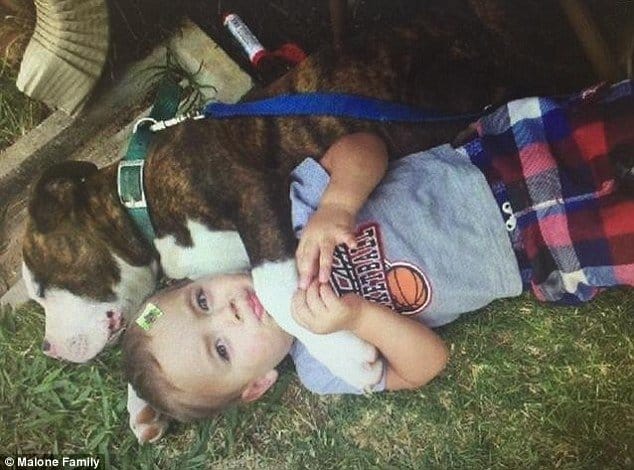