In case you’ve ever wondered what kind of damage a bird can do if it ever hits a plane, we have the answer for you.

Recently, several news websites shared reports about an Egyptair plane which was left with a massive hole in its nose after a bird clashed on it. The Boeing 737 aircraft was carrying 71 passengers on board when it was struck by the feathered flyer on its way to London Heathrow. The plane arrived to the airport straight from its Cairo flight.

According to the news, the plane still managed to land safely and no one was hurt from the incident. The hole was estimated to be around 60 centimeters (or almost 2 feet) in diameter.

A bird clashed on the nose of this Egyptair plane while it was headed to London Heathrow. 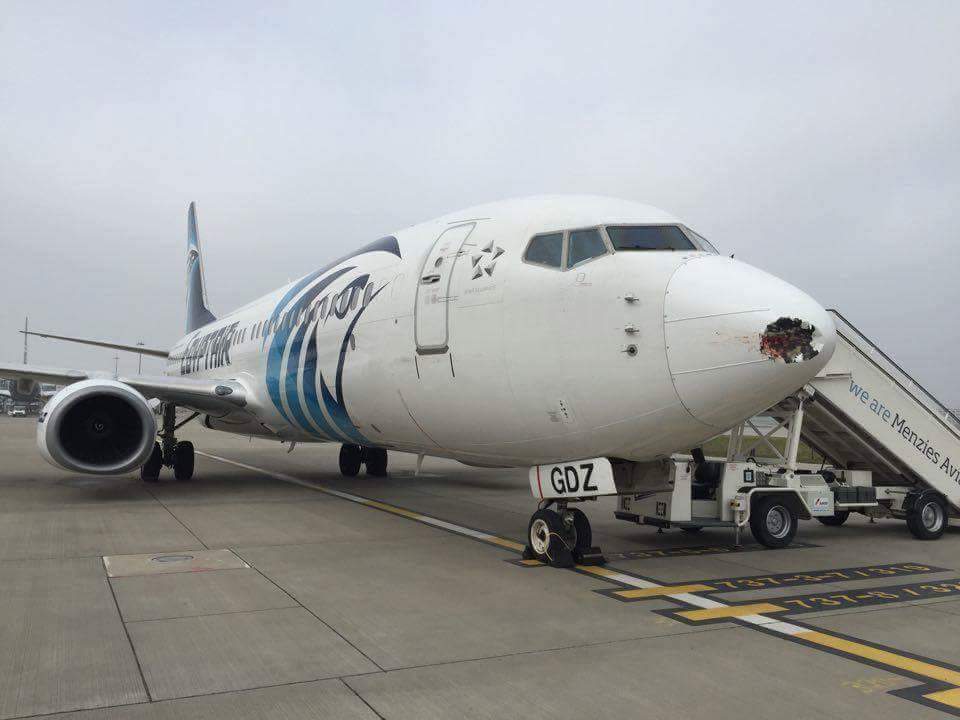 Amir Hashim, senior procurement specialist of Egyptair, snapped photos of the plane and later shared them on Facebook.

“‎Egyptair 737-866…operating yesterday evening’s MS779 arrival suffered a bird strike on approach. The damage caused is clearly evident and SU-GDZ will be grounded until a new radome is fitted. Now, who has a spare?”

The plane was grounded at the airport for 21 hours before a replacement nose was found. 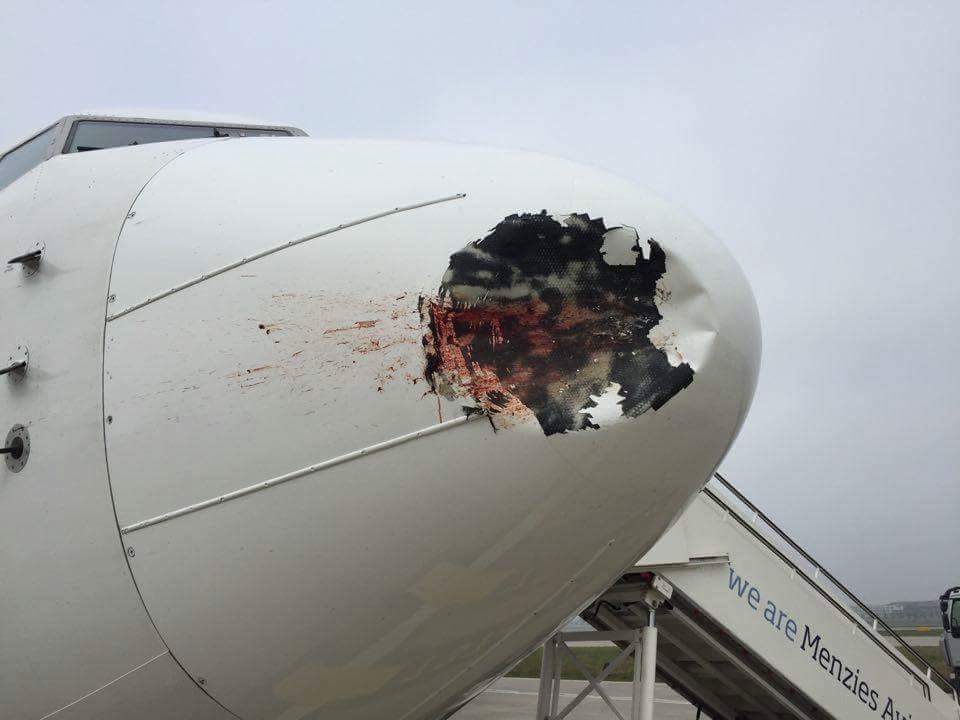 The crew needed around 21 hours before they were able to repair and replace the nose. Eventually, the plane was able to take off on its return flight to Egypt the following day.