Whether you call it South China Sea or West Philippine Sea, one thing is for sure – the heavily-disputed territory is officially experiencing destruction in alarming scales.

Taken via satellite, the images below show massive scarring of coral reefs that are, truth be told, really unsettling. According to the report by The Diplomat, the damage occurred “between 2012 and late 2015” – just a short span of time if you think about it.

The scarring resulted from “widespread chopping of reefs by fishermen using propellers mounted on small boats,” the blog mentions.

What was their purpose, you ask? Well the culprits were poaching giant clam shells!

Check out some of the satellite images here: 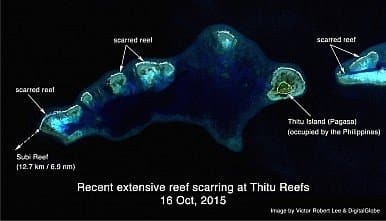 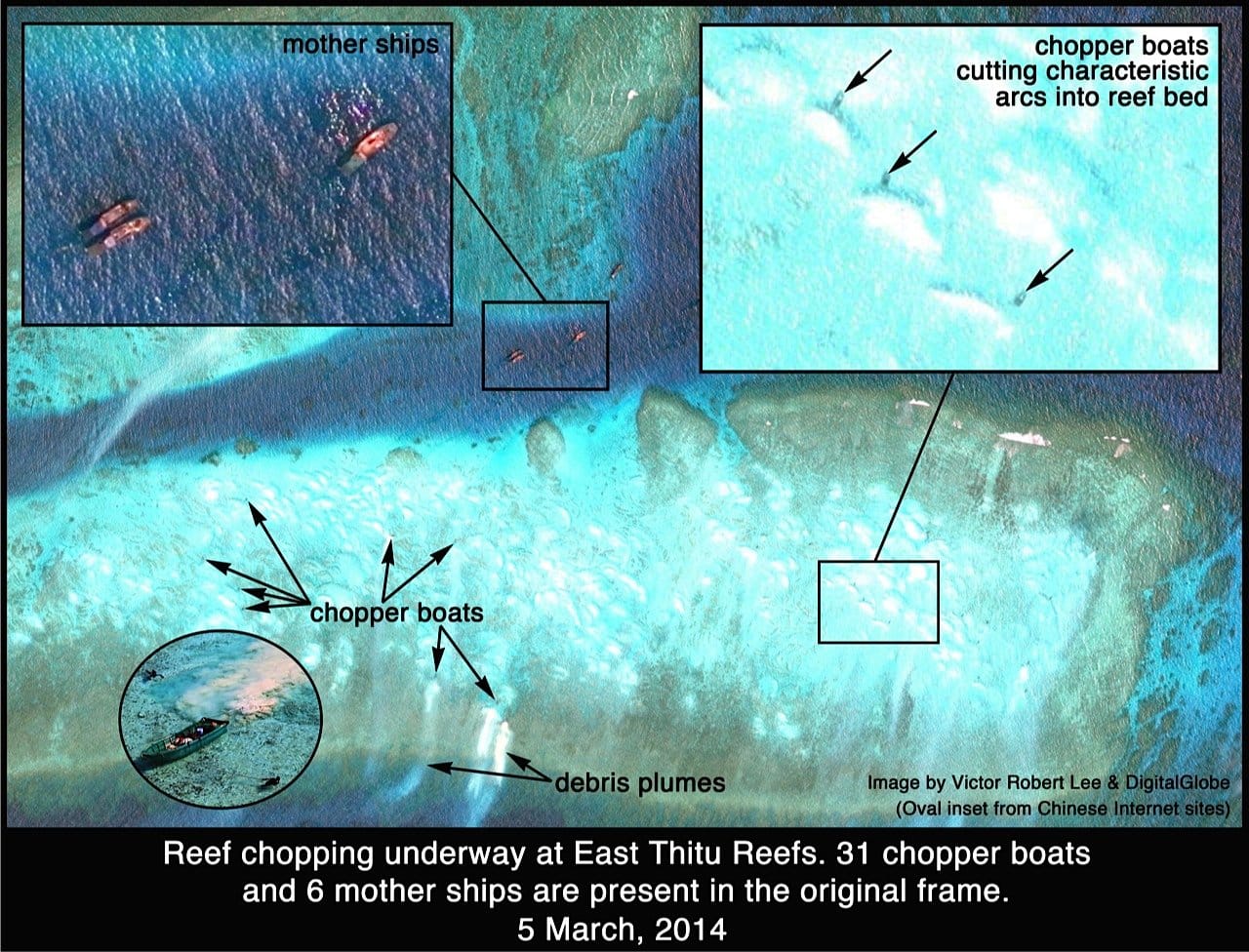 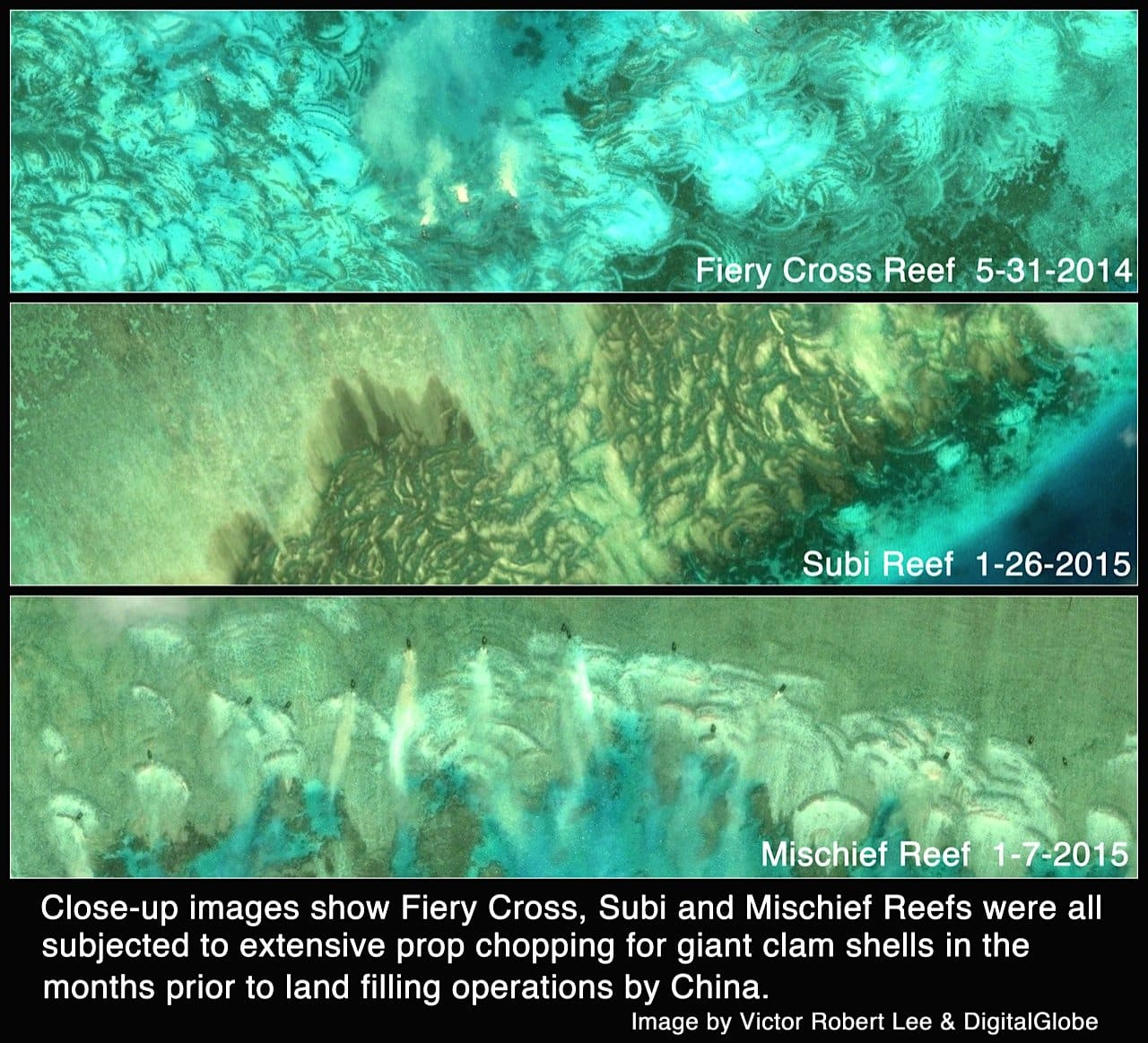 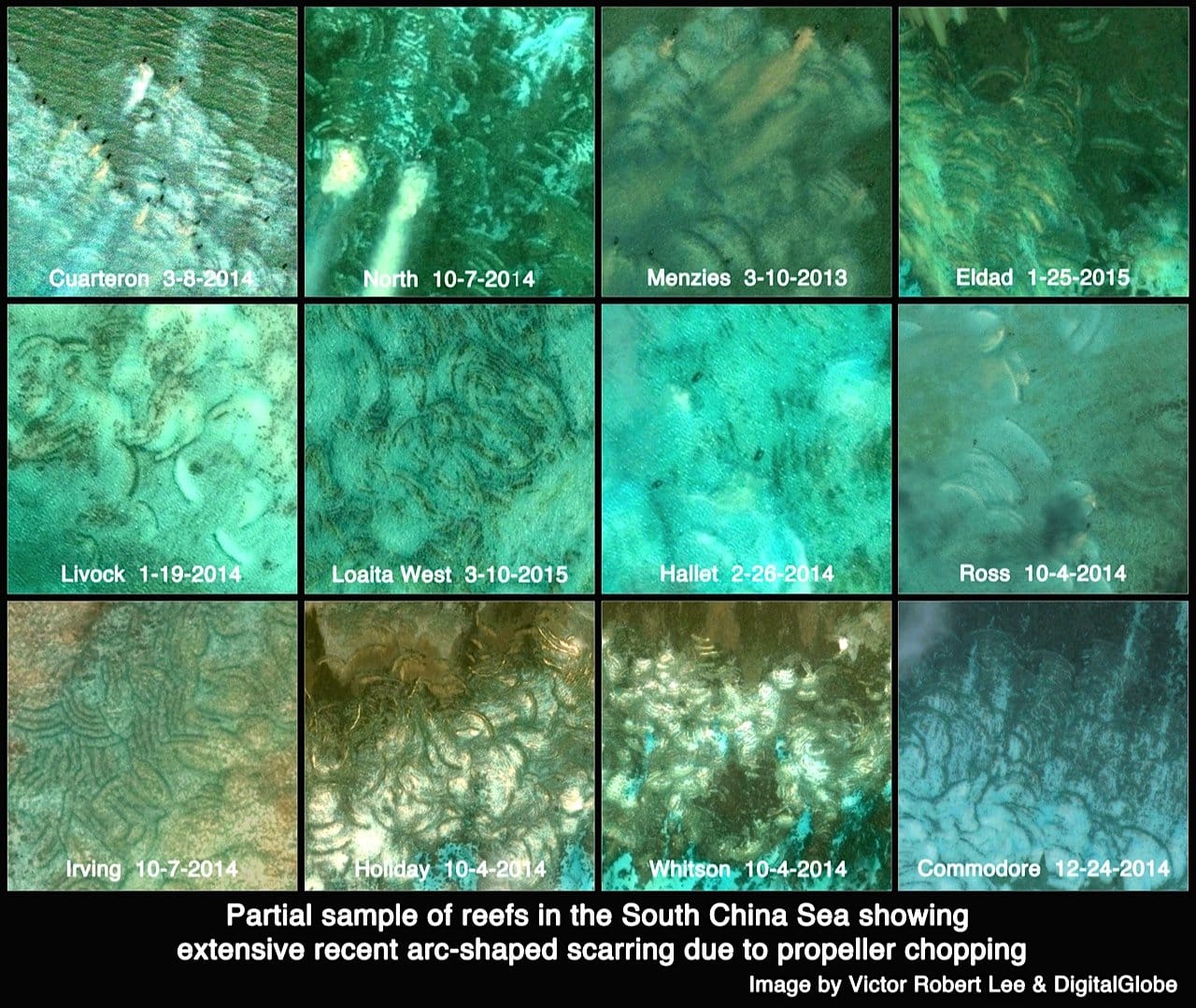 “During a period in which Beijing has rapidly built military-capable bases on manufactured islands in the Spratlys, coinciding with the tenure of China’s President Xi Jinping, Tanmen fishermen have harvested prized giant clam shells on a booming industrial scale, traveling more than a thousand kilometers from their home port to shoals and reefs on the opposite side of the South China Sea to find them.” 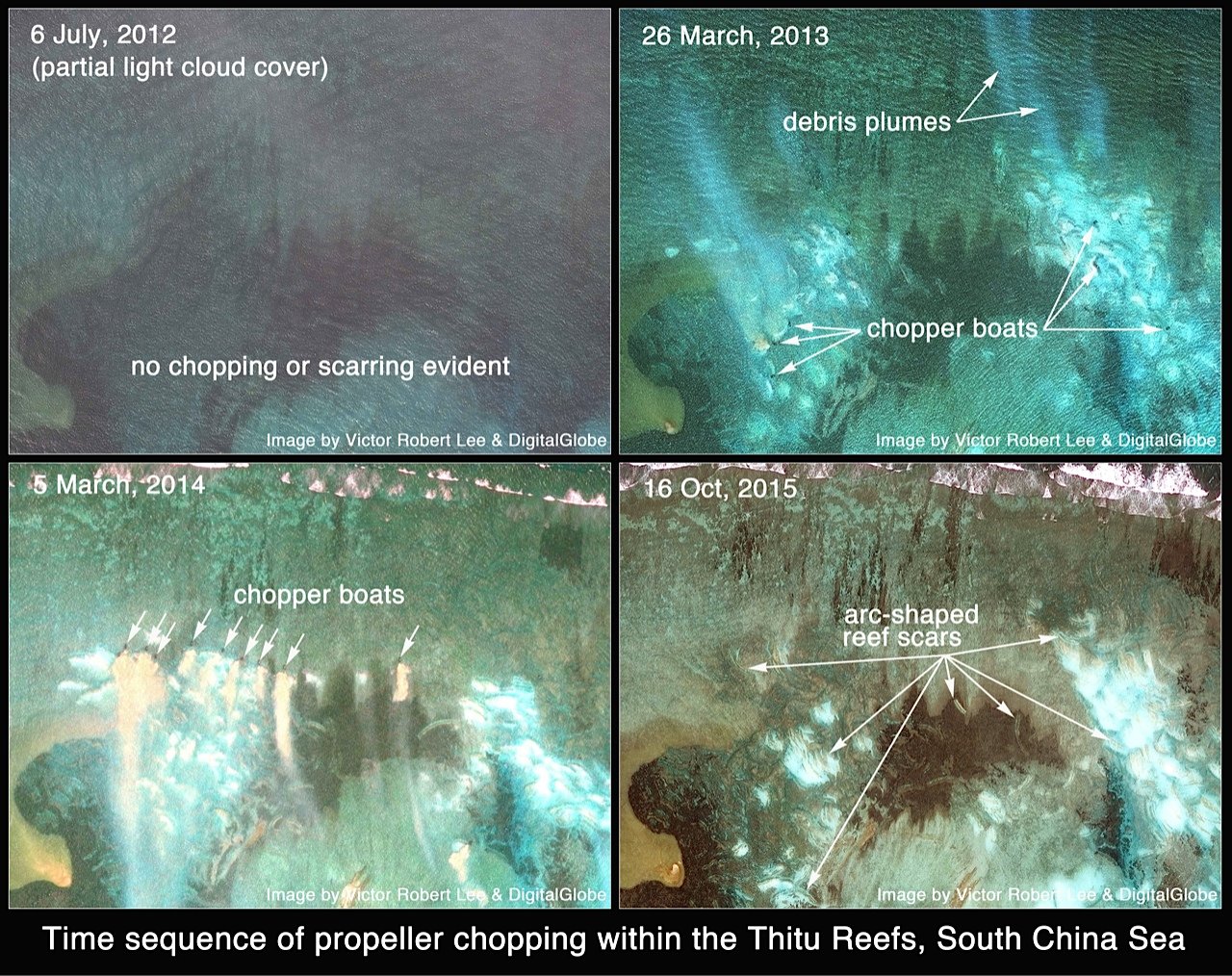 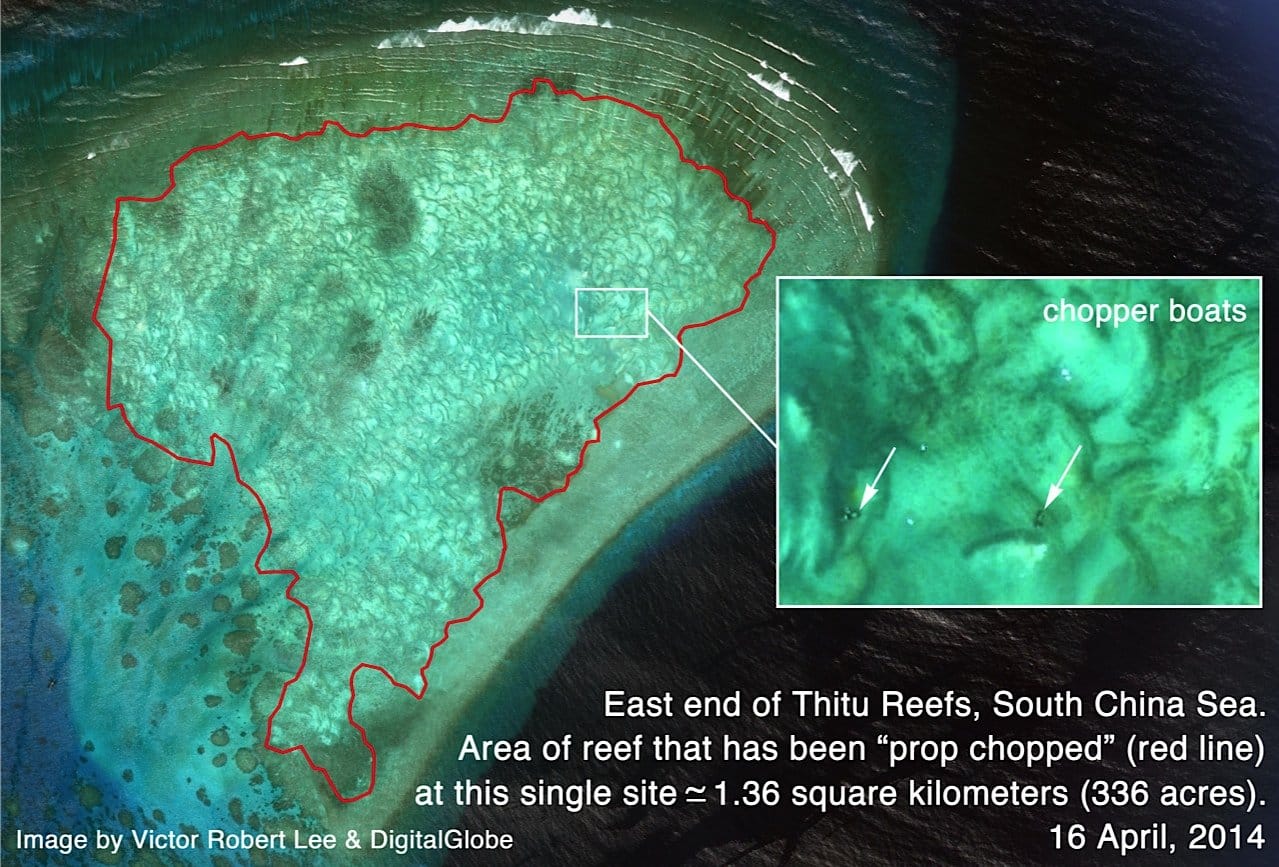 The giant clam shells can grow more than one meter in length and can weigh more than 200 kilograms. They’re really valuable and are considered the “white gold of the sea.”

The saddest part here, however, is that the Chinese authorities are actually aware about the problem – but are not taking any actions against the violators.

“There is abundant evidence that China’s navy and coast guard have been aware of the Tanmen fishermen’s practice of chopping reefs, and tolerated or condoned it. Extensive reef scarring from prop chopping is visible in satellite images of Gaven, Hughes, Cuarteron and Johnson South reefs, all of which have longstanding Chinese military installations. Those installations have been radically expanded with dredged land fill in the past two years, but the dredging, by large vessels in deeper waters, was separate from the fishermen’s chopping in the shallows across the entirety of these reefs, which spread far beyond the areas of land fill.” 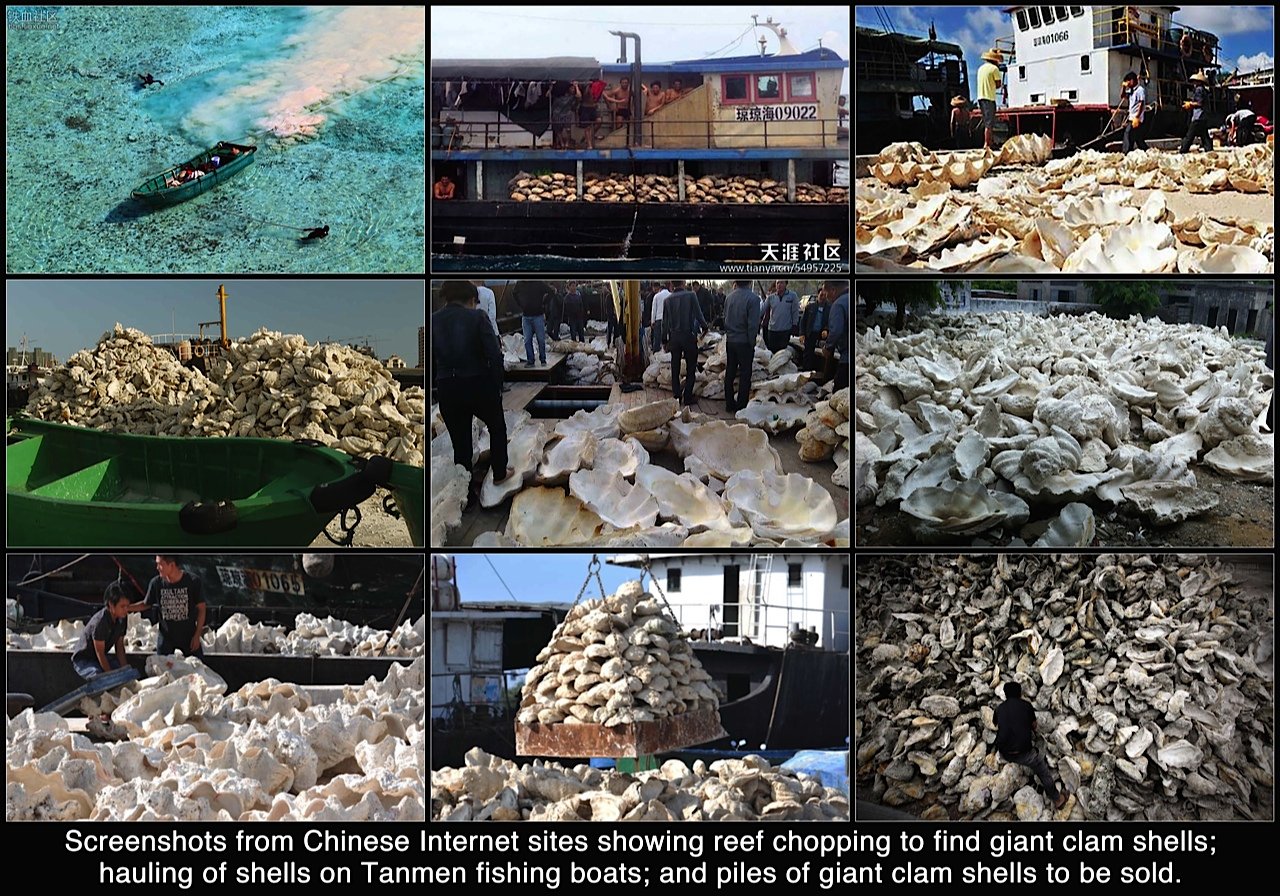 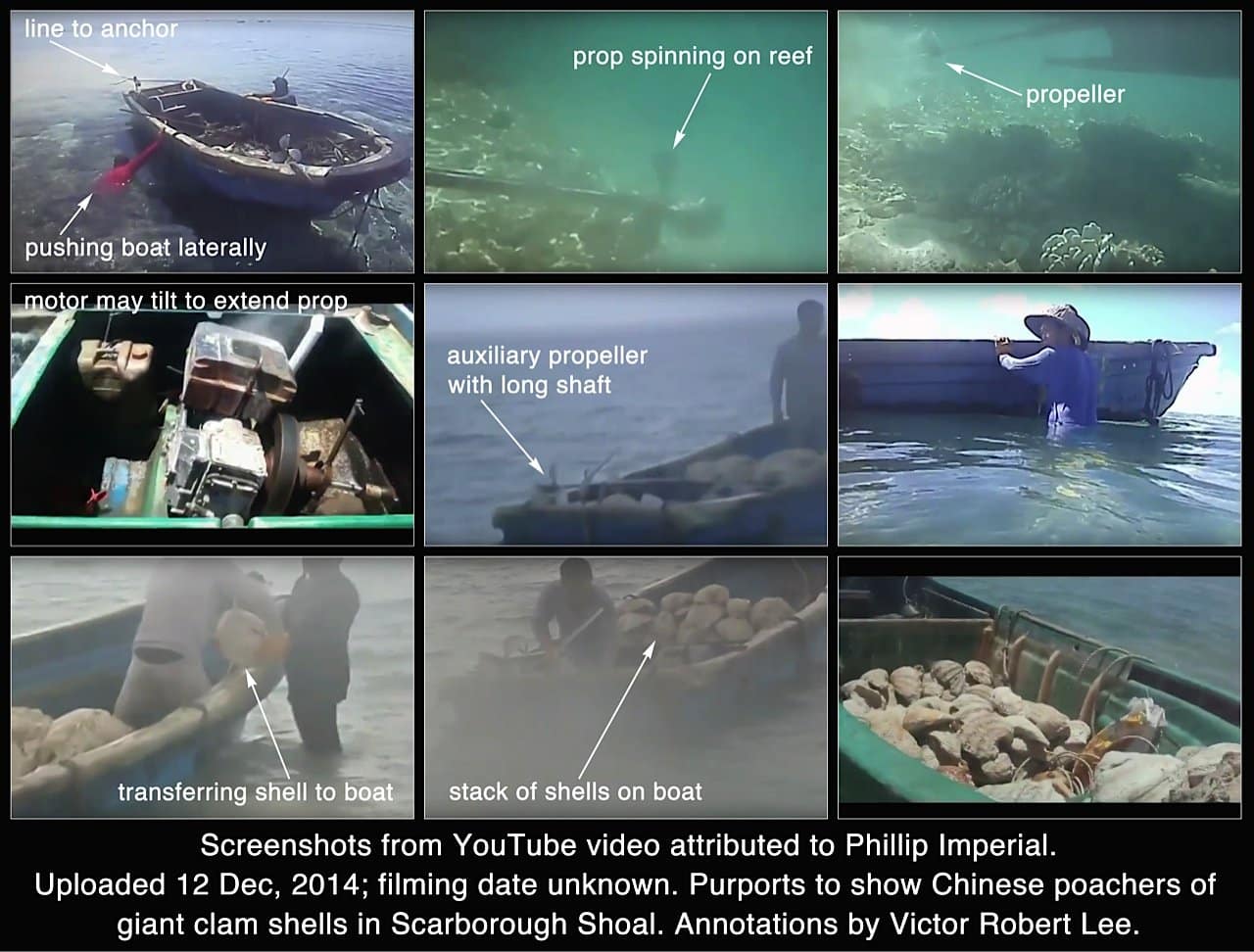 This is really, really disgusting and completely unacceptable. Go share this on social media and spread the word about this detestable practice!