Wait, it’s not what you think.

In this true-to-life story, which reminded me of the movie “The Longest Yard”— except there’s no cunning and overbearing jail warden to make the prisoners’ lives miserable — Carl Snyder, Carlos Polanco, and Dyjuan Tatro, inmates at the maximum security prison defeated three students from the prestigious school in a debate.

The inmates were not allowed to use the internet to prepare for the debate, but despite the lack of resources, the team managed to present arguments that the Ivy League students had not considered.

The inmates argued the case of public schools being able to turn away students whose parents are illegal immigrants. They firmly disagree with the notion, but they managed to convince the judges with the arguments they presented. The team proposed that if public schools will deny these children, then non-governmental institutions and private schools will step up and offer a better education for those students. 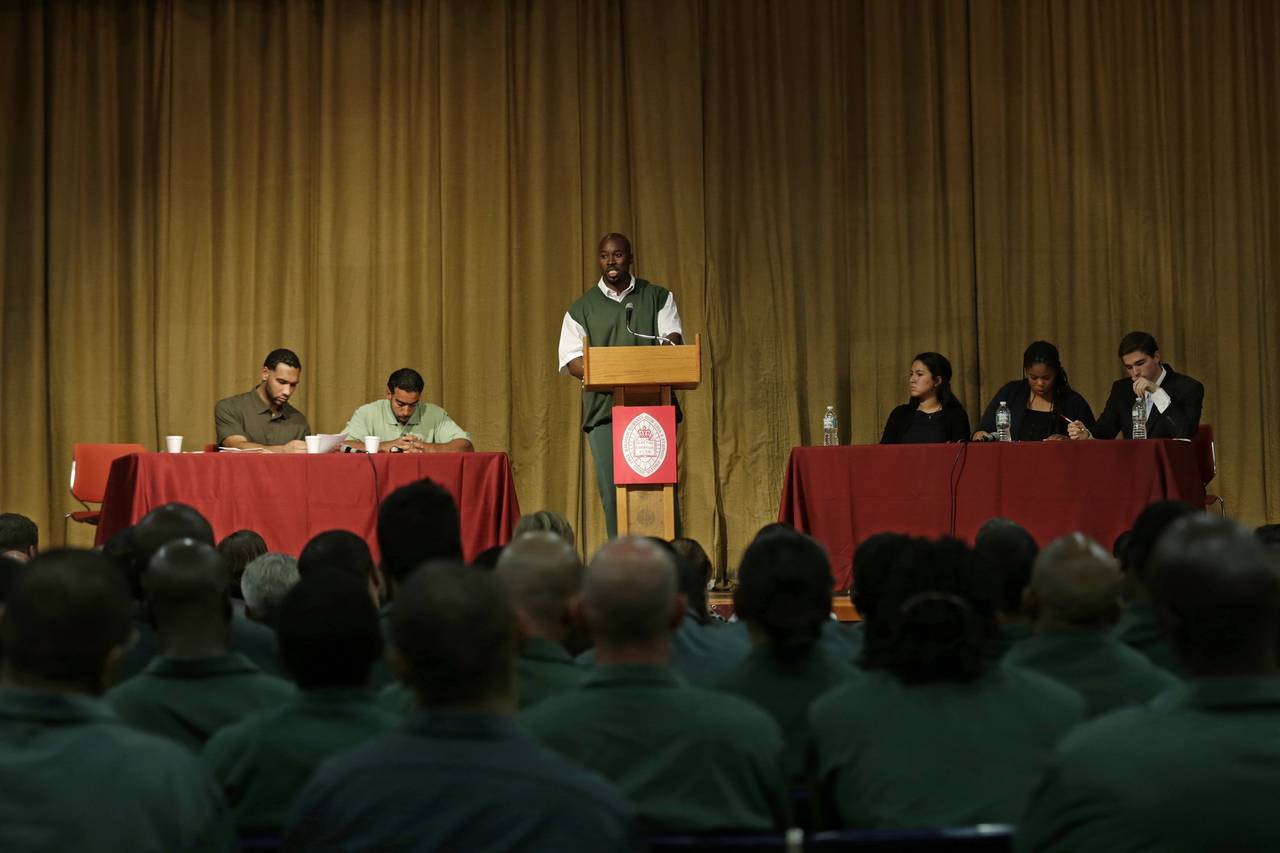 Although both parties did an excellent job, Judge Mary Nugent said that the Harvard Collge Debating Union did not respond to some parts of that argument.

“They caught us off guard,” 20-year-old senior student Anais Carell from Chicago told The Wallstreet Journal.

Dhruva Bhat, president of the Harvard College Debating Union, which is also currently the national champion, said they hadn’t “gone easy” on the inmates. “That would have been incredibly disrespectful of their talent and work,” he told Boston.com.

“We might not be as naturally rhetorically gifted, but we work really hard,” says 31-year-old inmate Alex Hall, who is currently incarcerated for manslaughter.

Since the program was introduced by Bard College two years ago, the prison debating team has defeated teams from the University of Vermont and the US Military Academy at West Point.

Bard College aims to give a second chance for inmates who wish to build better lives. Carlos Polanco says,”We have been graced with opportunity. They make us believe in ourselves.”