So a monkey drinks lots of rum, grabs a knife, and then waves it threatengly at the people surrounding him. Sounds just like a scene out of a comedy flick, right? Yup, but this one is actually for real. Seriously.

After helping himself with lots of rum from a makeshift bar in Patos, Brazil, a monkey named Chico takes a butcher’s knife and then jumps into the roof. He stabs the shingles with the blade and then waves it over the edge of the roof, as if saying “Back off!”

Chico had too much rum… 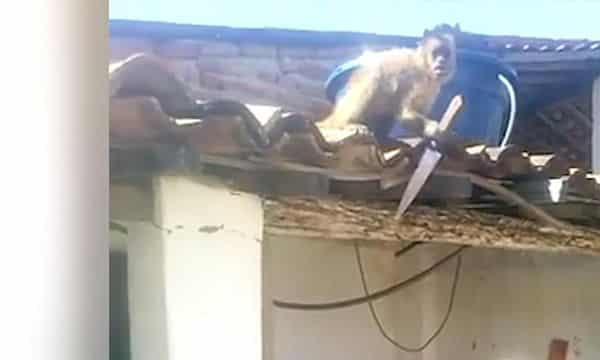 “Can’t a monkey get some peace around here?!?” 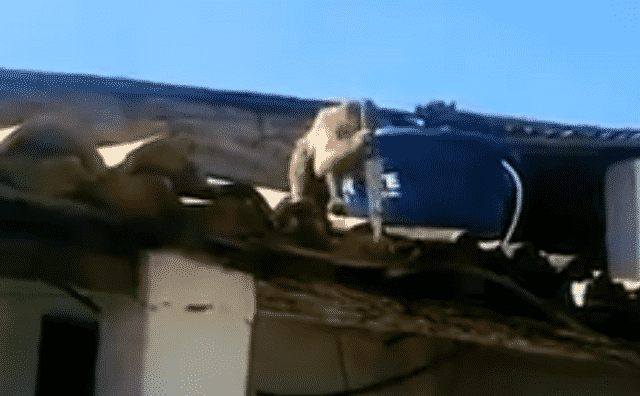 In a statement to the aRede news website, Lt. Col Saul Laurentino of the local fire department says “”It was a bar staff oversight that ended with the monkey drinking some rum and taking the knife.”

Reports say that firefighters managed to disarm Chico. They released him into the woods, but he quickly went to another home and began acting aggressively. He had to be captured again. The local officials are deciding if Chico can be released into the wild again or sent into captivity.

I say he needs to go to AA meetings, stat.