Once you take the wheel on the driver seat, you need to be aware of your responsibilities as a driver. In most places across the world, for example, it is against the law to use your smartphone while driving.

As we’ve all seen many times in the past, driving while fiddling with a gadget can lead to tragedy. Remember that horrific incident in Concan, Texas where a texting driver caused a tragic road accident after his vehicle violently collided against a church van full of senior citizens? Accidents like that can happen when a driver is preoccupied with his or her phone while behind the steering wheel.

Now the police is on the hunt for a driver who, although hasn’t been involved in an accident yet, has violated the law after taking a selfie on his car – as evidenced by the reflection of his sunglasses.

This man, who goes by his Twitter handle Geordie Aviator, posted a selfie on social media while driving on the road. 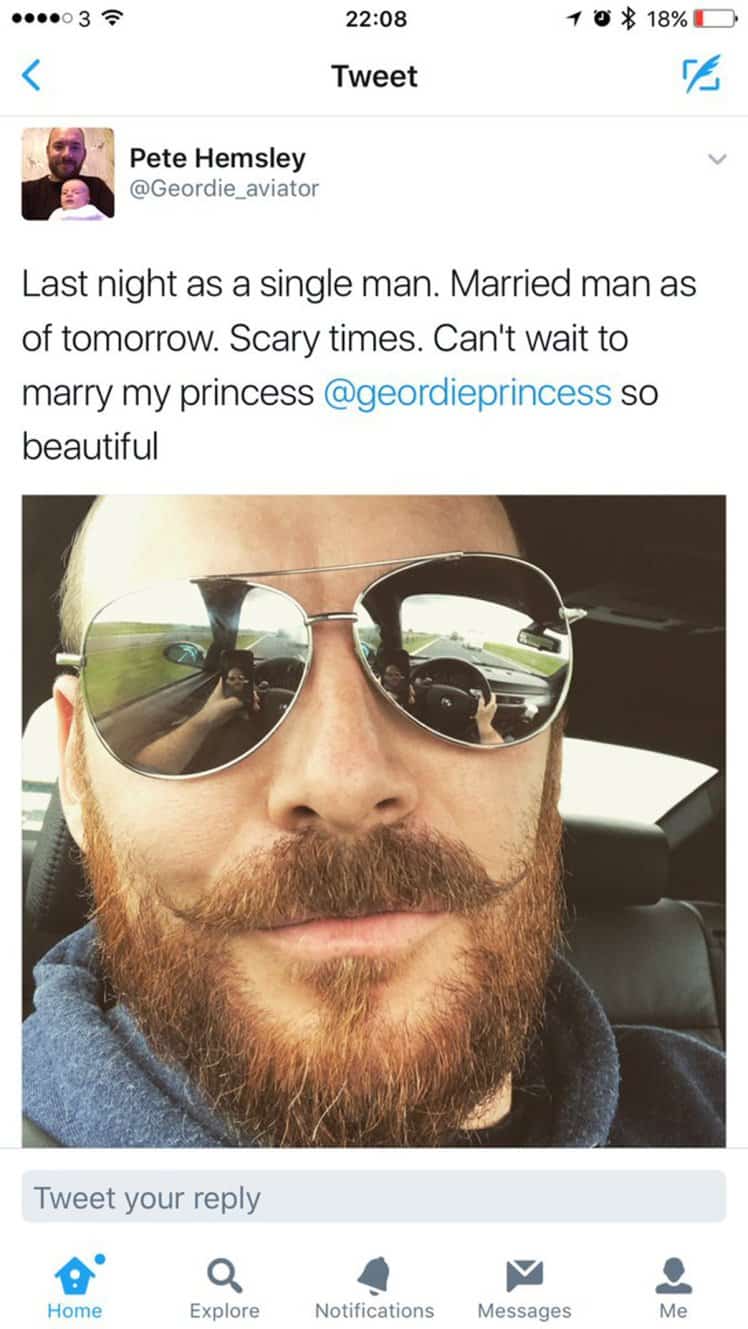 He captioned the photo this way:

“Last night as a single man. Married man as of tomorrow. Scary times.”

Well he got that part right about “scary times” as a Northumbria Police officer who saw this tweet eventually posted a message for him.

“It is people like this who end up destroying people lives through their own stupidity.”

A Metro report also tells us that “it is believed he was driving at about 50mph on a dual carriageway.”

I guess we can consider this as another warning about being aware of your surroundings when taking a selfie. Heck, one should never take selfies while driving in the first place!