Despite numerous protests all over the world, the dolphin drive hunt event occurs yearly in Taiji, Wakayama, Japan from September to March.

The annual event provides income for residents as hunted dolphins are sold for human consumption and live dolphins are brought to aquatic parks. 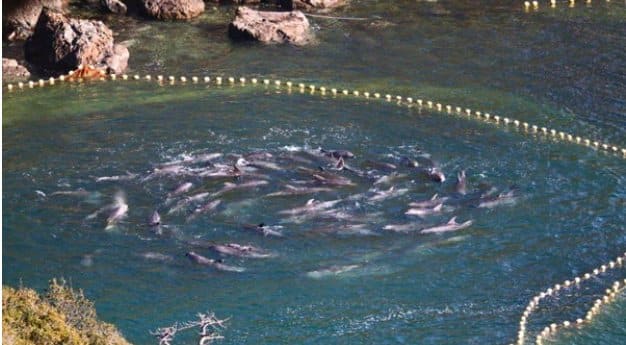 Ric O’ Barry, founder of The Dolphin project and star of the film The Cove, decided to come back to Taiji, Japan to see the first days of the savage dolphin hunt. 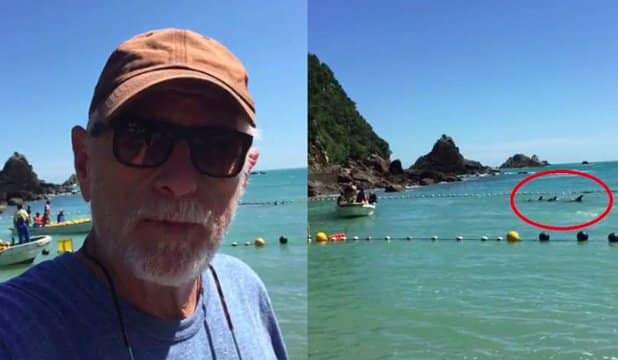 Thousands of journalists also went to the event to report about the hunt.

A selected group of fishermen conducts hunting. Fishing boats move into position once a pod of dolphins emerge. 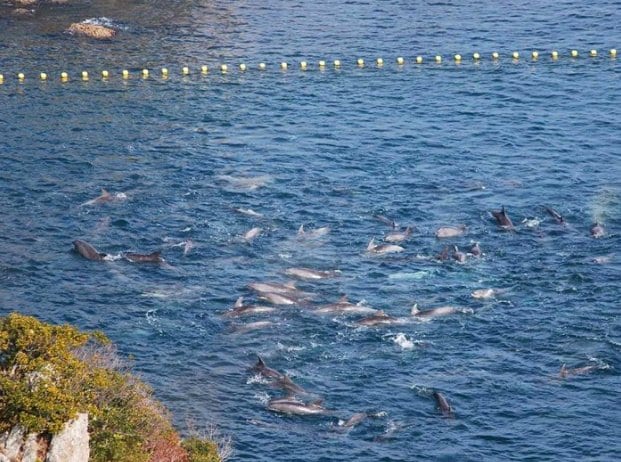 The fishermen lower one end of the steel pipe into the water and strike the pipe with mallets at strategic points around the pod.

Such is done in order to herd the dolphins toward the land.

As a result, dolphins will  move away from the noise. 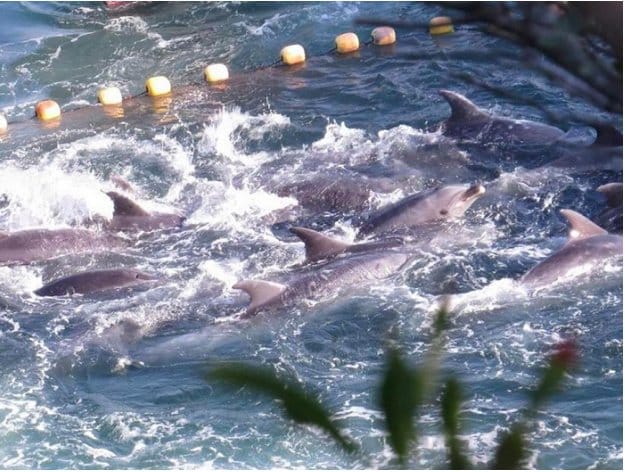 The fishermen then drive the pod of dolphins into a bay which is immediately closed off using nets to prevent escape. 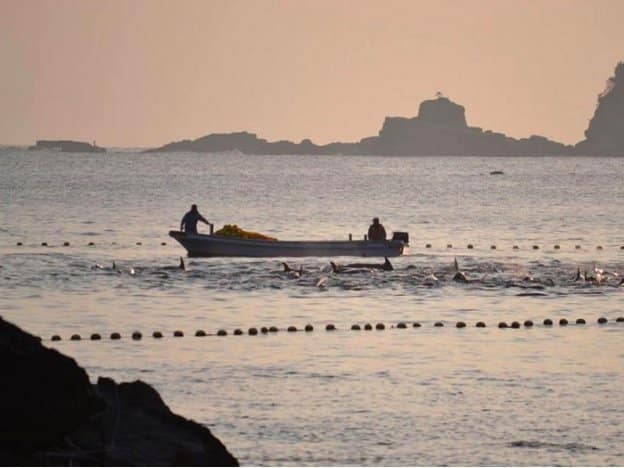 The dolphins are then left to calm down over the night.

The next day, fishermen enter the bay in small boats. 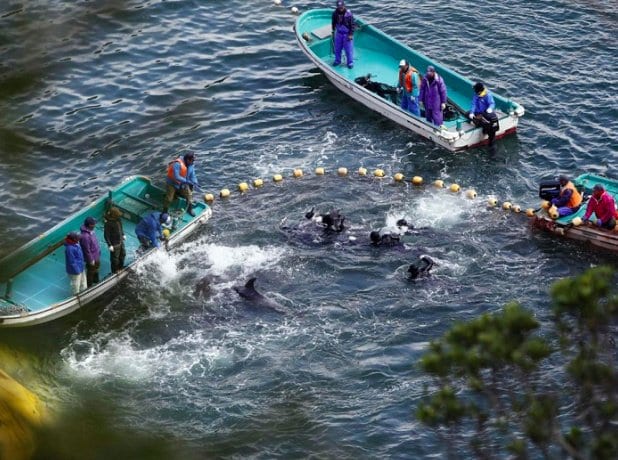 The caught dolphins are seized one at a time and then slaughtered. 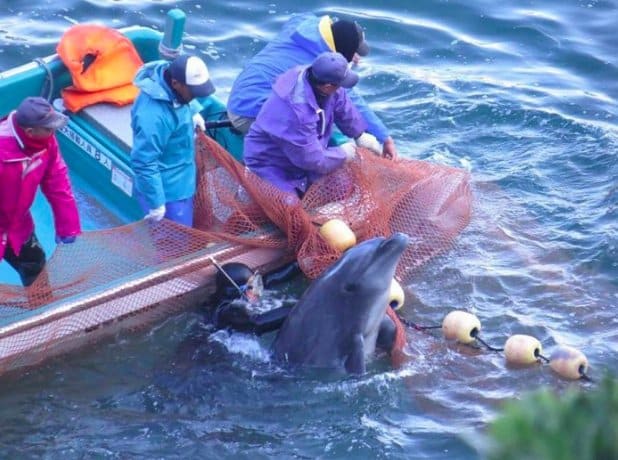 The remaining ones are sold to zoos or parks.

In an attempt to escape hunters, the helpless dolphins throw themselves onto to the rocks. 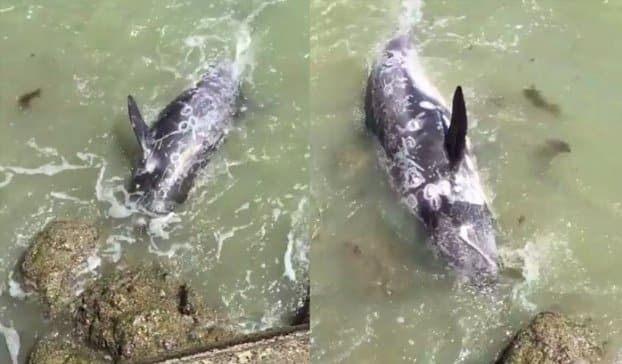 Unfortunately, O’Barry couldn’t do anything to help the dolphin as he can be arrested for meddling in the hunting process.

“This is anguish. [He’s] panic-stricken on the rocks, and I am heartbroken that I can’t get in the water and help him away from… he’s tearing his skin up. This is awful,” he said.

A report by United Press International revealed that Wakayama Prefecture officials issued a statement claiming that Taiji fishermen “are just conducting a legal fishing activity in their traditional way in full accordance with regulations and rules under the supervision of both the national and prefectural governments”. They have accused environmentalists of “psychological harassment”.

Although many claim that the brutal dolphin hunt is a tradition, the event has only become popular in the last decades.

Watch the horrifying moment below.