Sometimes our pets do amazing things that are just very heartwarming. For example, this dog recently went viral after rescuing a baby dear trapped in the waters of the Long Island Sound.

Mark Freely was recording a video while walking his dogs, Storm and Sara, not knowing that what’s about to happen next will give him a big surprise. Storm suddenly ran off and jumped straight to the water! For what, you ask? Well apparently, it was to rescue a baby deer struggling for help.

Storm darts to action to save a baby deer. 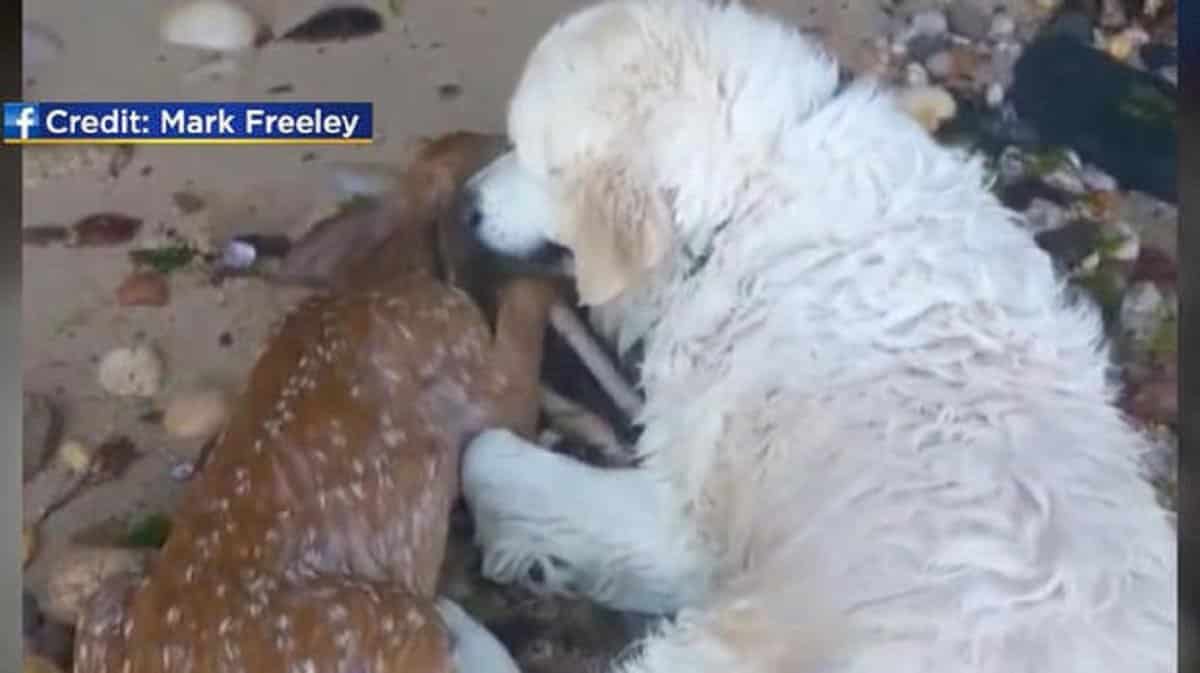 He told CBS News that as soon as the fawn was safely on the shore, the English golden retriever followed it, laying down next to the baby deer. Freely added he knew Storm was very loyal and loving but his fast action to rescue the fawn surprised him.

“And then he started nudging it, and started pulling it to make sure shew as gonna be OK I guess,”

Freely immediately called animal experts to check on the condition of the fawn. However, as they were walking back, the baby deer suddenly stood up and ran back to the water. He said it was most likely spooked by the dogs. Frank Floridia of the Strong Island Rescue League began rescuing it again together with Freely but this time, the fawn went even farther from the shore.

Floridia said it took about eight minutes and a rope to rescue the baby deer. 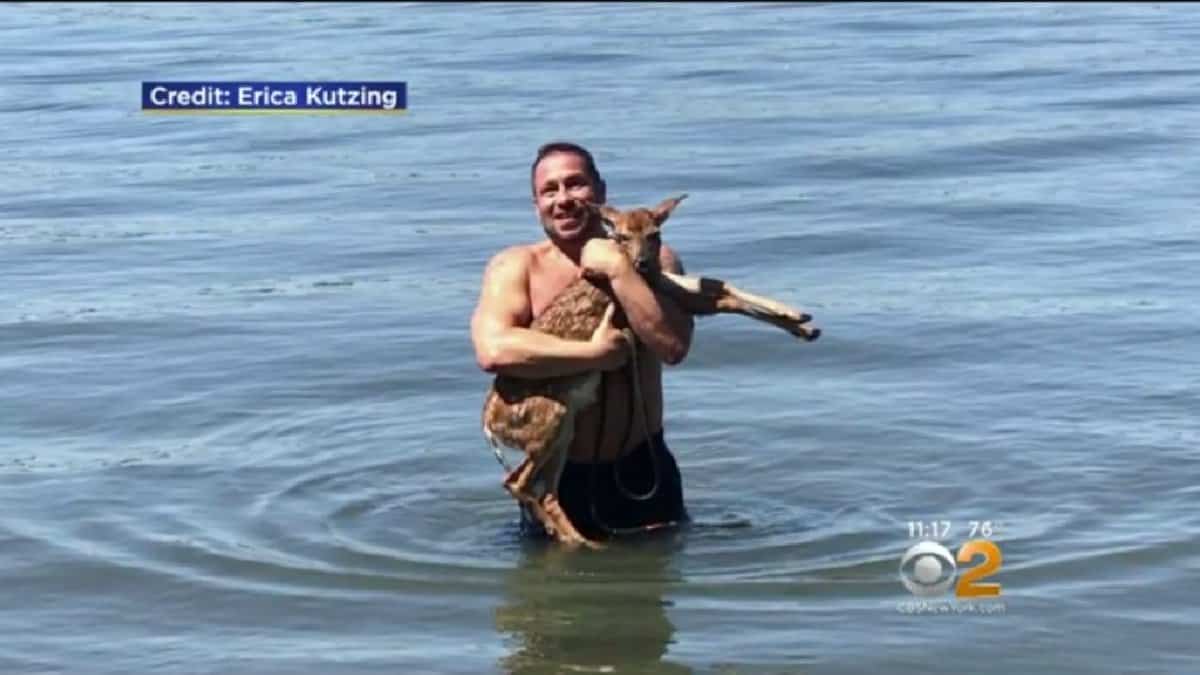 “I don’t think I could’ve done it without the help of my partner. I was exhausted at the point my knee blew out, and I collapsed on the beach,” Freely said.

The baby deer was carried to the van by Kutzing. It has an eye injury and was covered with ticks. The animal is now staying at the animal rescue center until it has fully-recovered.

The fawn is recuperating in the animal shelter. 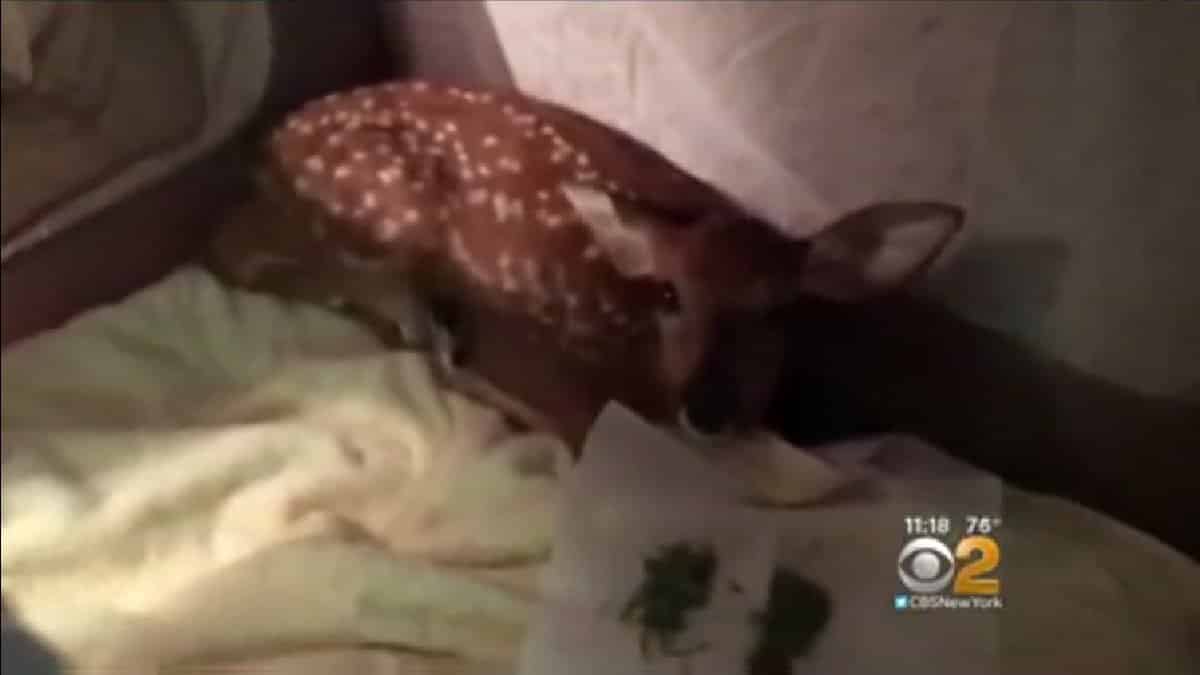 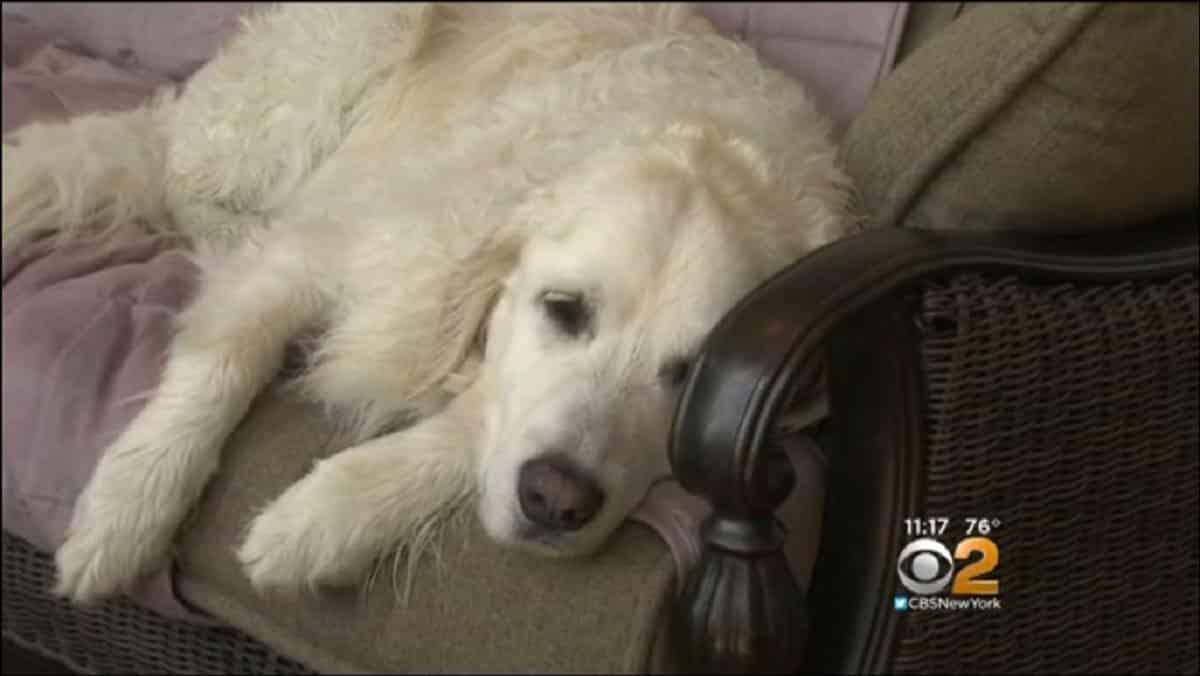