Within an eight to twelve-hour shift, nurses deal with a lot of problems – emergencies, patient concerns, issues with other hospital departments, and probably their own personal troubles, to name a few. And, as if those are not enough loads for a nurse to carry, here comes patients and relatives who rudely treat nurses. The thing is, even other healthcare professionals treat nurses poorly – even doctors do.

Sadly, a significant number of doctors are bullies and such bullying culture places nurses and patients at risk. Stories of doctors berating nurses, screaming profanities at them, and even physically assaulting them at times have been circulating on the internet, in the news, and in the hospital break rooms. Sure, nurses don’t always fight back, but the effect that such kind of treatment and behavior has on them and on patients affect the quality of care delivered.

An article published on Slate revealed just how massive a problem is nurse bullying. A survey conducted by the Institute for Safe Medical Practices in 2013 shows that in the year prior, 87% of nurses came across doctors who were “reluctant or refused to answer questions or return calls,” while 74% received “condescending or demeaning comments or insults.” About 42% answered that they have experienced being shamed and humiliated by doctors, or had malicious rumors spread about them. Another 26% of nurses responded that physicians have thrown objects at them.

Nurses, in addition to all the workload that they have to deal with, are often bullied in the workplace. 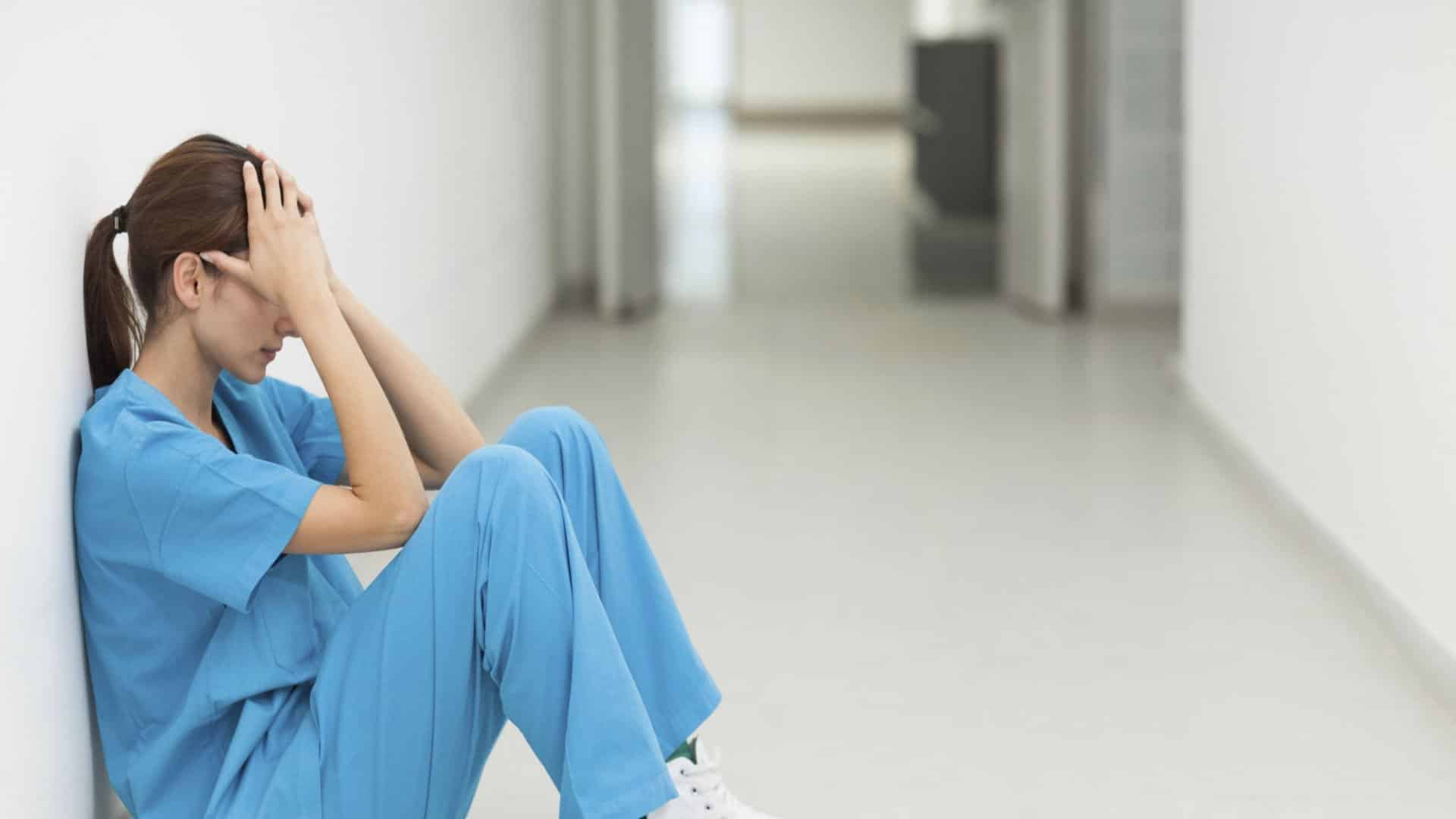 But why, despite figures that send organizational leaders a blaring message that workplace violence exists in the healthcare industry, these problems do not seem to be resolved? Why is this critical issue being treated like an elephant in the room? There may be several reasons, including the observation that some hospital administrators refuse to penalize physicians because they bring revenue to the hospital. Nurses, on the other hand, may refuse to report abusive doctors for fear of retaliation or fear of losing their jobs.

This disruptive culture of “double standards” places nurses in a vulnerable position – with some losing their jobs for reporting unsafe physician practices and incorrect treatment performed on patients. These physicians remain in their jobs, though, and continue their practice despite potential risks to patient safety.

Nurses are often placed in a vulnerable spot owing to the widely predominant “double standards” in the healthcare industry. 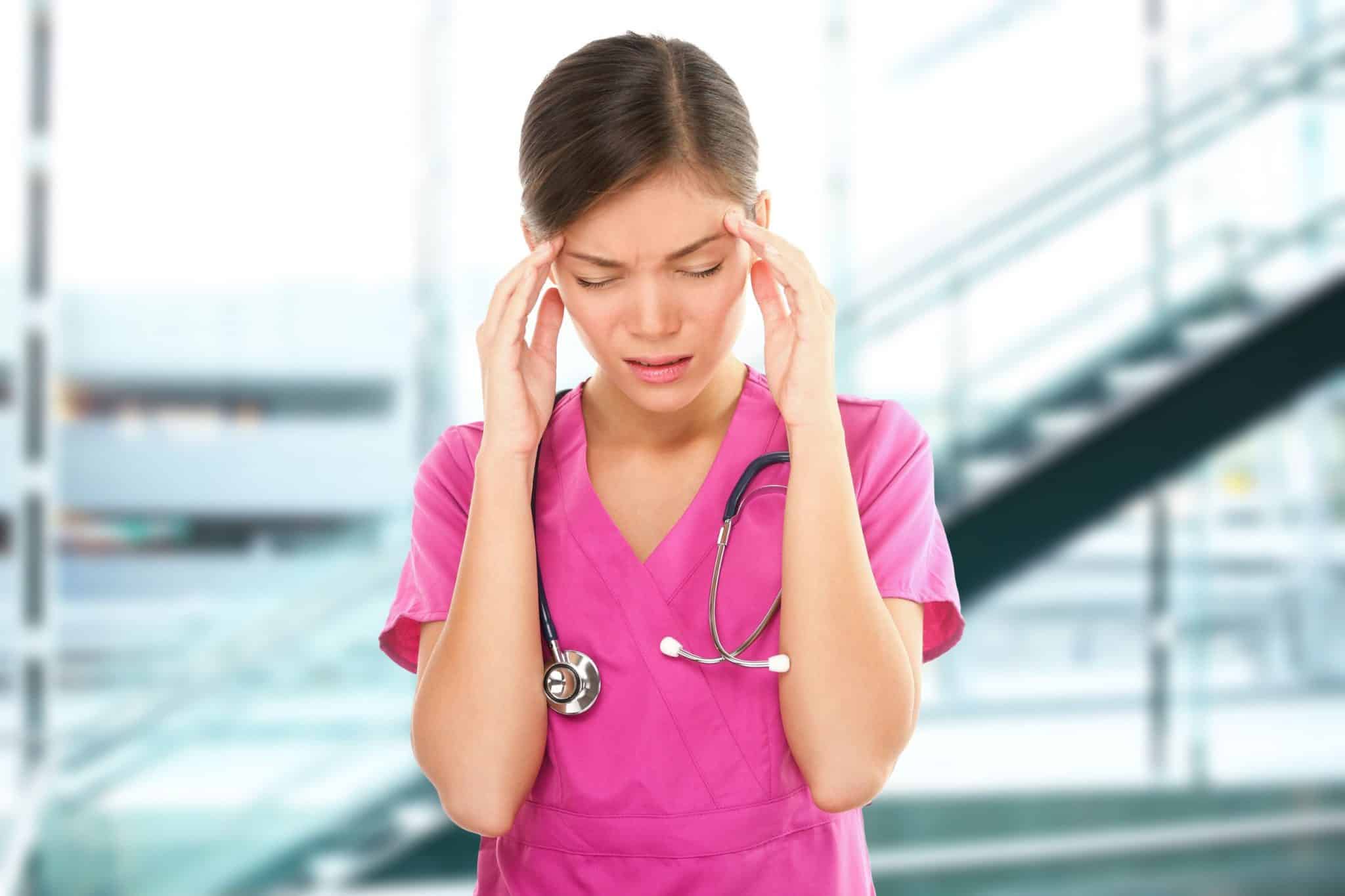 According to a report published by the Joint Commission, an organization that evaluates the quality of care delivered by healthcare facilities around the world, “intimidating and disruptive behaviors” in hospitals may result in “medical errors, increased healthcare costs, and patient harm.” These negative outcomes may occur because some physicians refuse to acknowledge what nurses are telling them or probably because nurses are terrified to approach doctors and ask questions. The Joint Commission also found that approximately 63% of unexpected patient death and permanent disability around the world occur as a result of a breakdown in communication.

Patient outcomes are negatively affected by poor communication between members of the healthcare team. 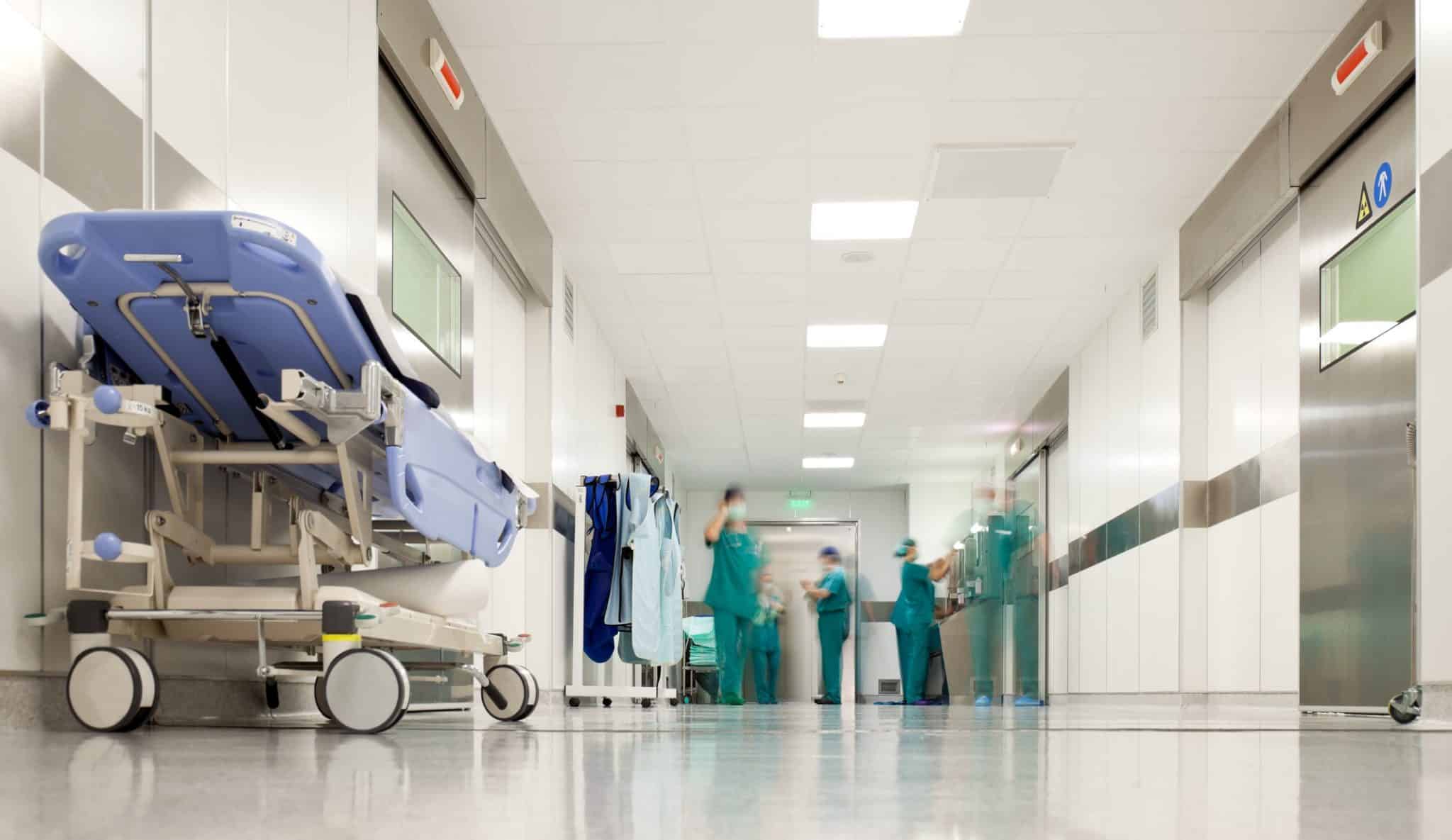 A certain nurse reported this story to the Journal of the American College of Surgeons:

“Cardiologist upset by phone calls and refused to come in. RN told it was not her job to think, just to follow orders. Rx [prescription] delayed. MI [heart attack] extended.”

Some stories gathered during the annual meeting of the Pacific Coast Obstetrical and Gynecological Society describe similar situations in the labor and delivery units:

“A nurse reported that the ﬁnal sponge count was incorrect after a difﬁcult tubal ligation. The physician was sarcastic and said that an expensive x-ray would be ordered because the nurse obviously suffered from obsessive-compulsive disorder. A sponge was found in the patient.”

“Doctor’s behavior has been hostile, aggressive, threatening, and escalating in the past months … including raging at charge nurses and unit director … nurses are working in a hostile environment and fear for their safety and well-being.”

Bullying commonly occurs in the operating theaters where surgeons also throw instruments on nurses, placing even patients at risk. 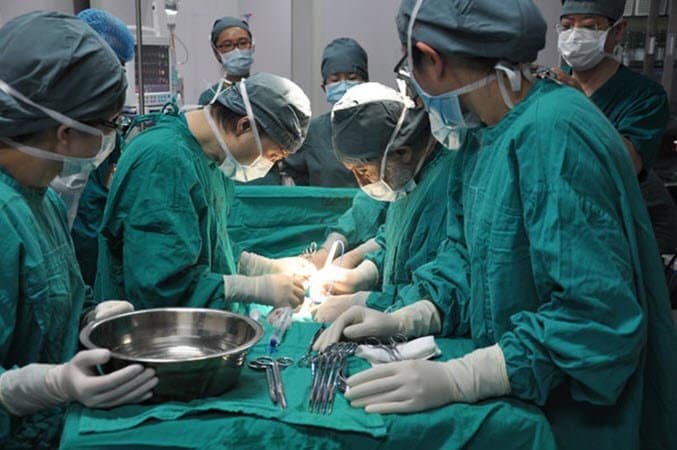 In the same article, it was cited that the disruptive behavior is more common among physicians who deal with cases that are more urgent and have higher risks. Meanwhile, workplace violence occurs more frequently in operating theaters, intensive care units, emergency departments, and medical surgery units. In operating theaters, surgeons are twice more predisposed to exhibit disruptive behavior than anesthesiologists. However, this is not to say that all physicians exhibit abusive and disruptive behavior and there are those who acknowledge that such ill conduct negatively impacts the quality of care that patients receive.

However, some healthcare institutions appear to contribute to this culture of mistreating nurses. It was reported that the administrators of a large healthcare facility in the United States included changing linen, emptying trash bins, sweeping floors, and mopping of patient rooms and toilets to the responsibilities of staff nurses in an attempt to cut costs.

In the healthcare environment, the role that physicians and nurses play must be considered complementary. The widely extensive perceptions that nurses are positioned way below the hierarchy of hospital professionals, that they are doctors’ mere “handmaids,” that they must assume a passive role in the clinical setting must be eradicated. 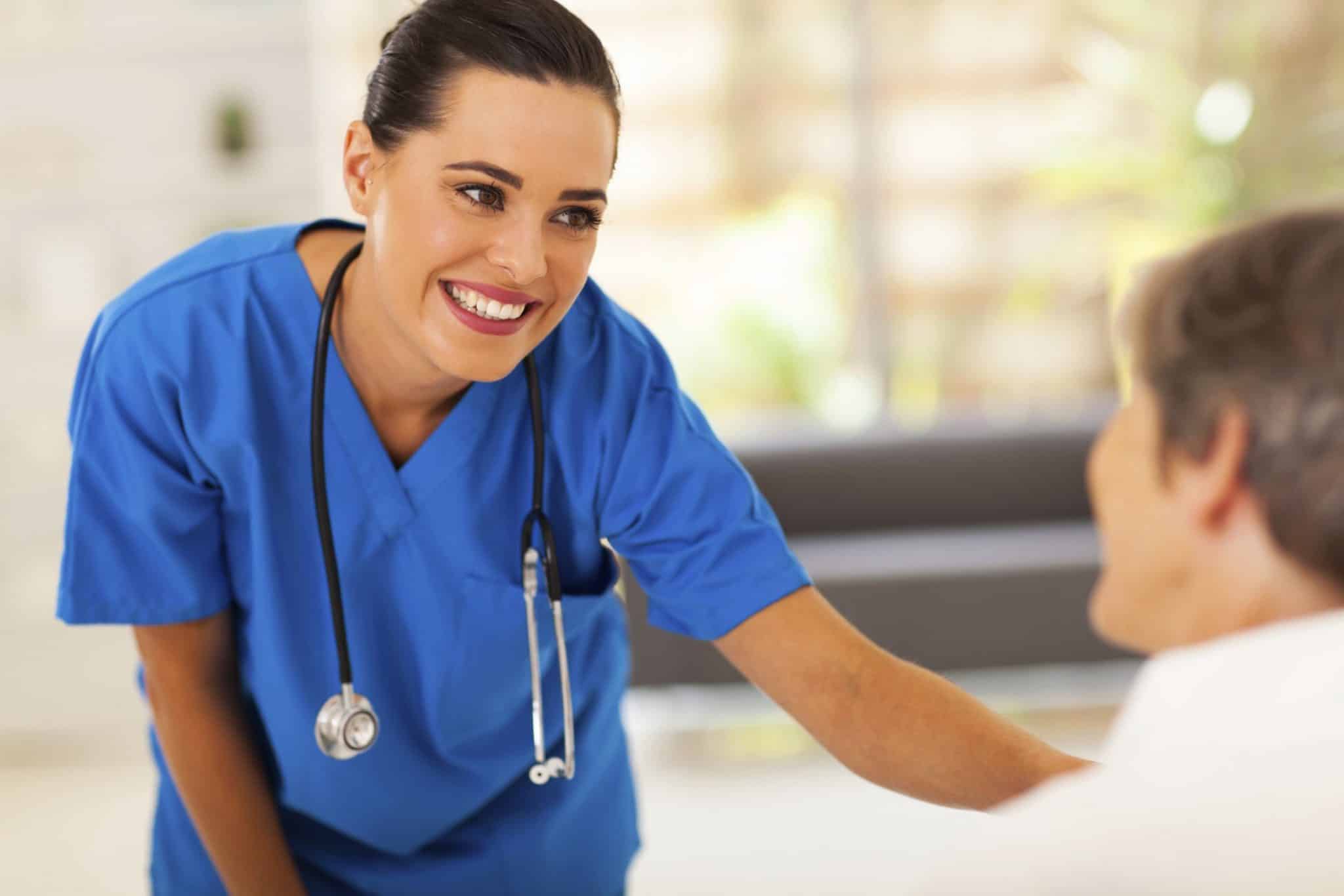 Nurses deserve more recognition because they do more than what is expected of them, often working beyond their work hours and the scope of their job description. They allay patients’ fears and anxieties, sit and listen to those who feel alone, and ensure that the dying passes away with dignity. They deserve appreciation and gratitude – not the kind of ill treatment that most of them are receiving at present.

As such, it must be emphasized that organizational leaders must promote a culture of respect and empowerment between healthcare workers and a change in perspective about the role that each member plays in the healthcare to foster a better work environment. Ultimately, this positive paradigm shift will lead to improved patient outcomes.