A junior doctor has sparked outrage from both netizens and the family of her dead patient after she criticized him on Facebook.

32-year-old Darren Neate recently died in a vehicular accident in Doncaster, South Yorkshire last June 8 while riding his motorbike. The doctor’s criticism? “Why the bloody hell wasn’t he wearing a crash helmet?”

Doctor Ellie Pierce made a post on her Facebook account that raised a lot of eyebrows – and made Darren’s family really mad. Although she did not write about the “gory details” surrounding the accident, she did in fact specify that “it wasn’t pretty and had the most horrific outcome.” 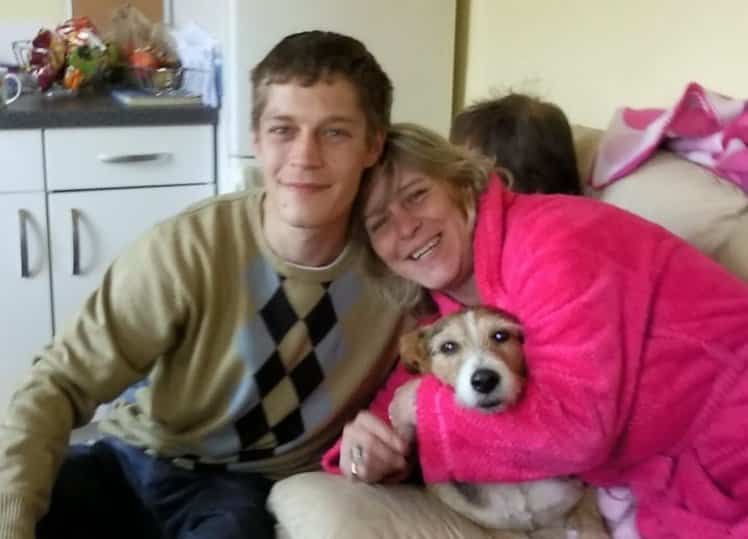 The doctor likewise didn’t mention the name of the patient but to the family of Darren, it was pretty obvious. Besides, Pierce was the first “medic” on the scene following the tragic crash.

“The thing going on in my mind at this moment? Not was there something that I could have done, because there wasn’t. But why the bloody hell wasn’t he wearing a crash helmet? It’s not a fashion statement, it’s because they save lives! This person learned the hard way.”

She ended it with an expletive, reminding motorcyclists, “Don’t be an idiot… Wear a f*%king crash helmet.”

Doctor Ellie Pierce took it to Facebook to criticize Darren writing “Why the bloody hell wasn’t he wearing a crash helmet?” 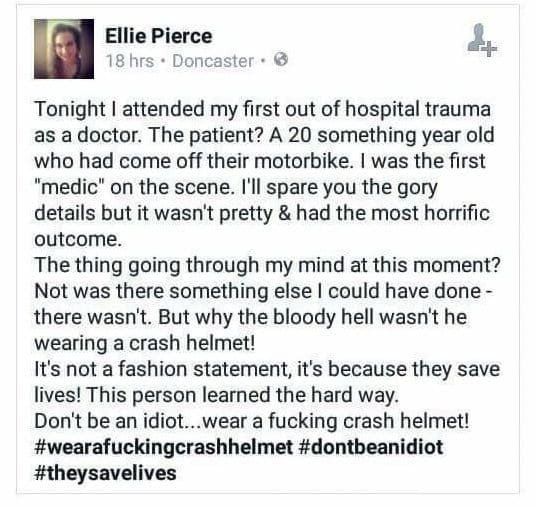 The post has since been taken down but not before it reached the family and friends of the victim.

“The family are struggling to come to terms with losing Darren as it is, and this has just made things so much worse for them.”

“’I am aware of the distress that this has caused the family at this time and have spoken to them and offered unreserved apologies on behalf of the Trust and the junior doctor involved.”

As they say on the interwebs, we really should think before we click. Right, Dr Pierce?