You would probably look twice at these pictures taken by Anatoly Beloshchin, but these are not photoshopped.

Anatoly Beloshchin is a Russian photographer who is known for his adventurous spirit and mind-blowing photographs. He bravely swam with sharks and whales, and had trekked through Antarctica just to capture captivating images. However, his latest discovery equals, if not surpasses, those feats.

This talented artist discovered an astonishing underwater river when he dove into the 200 ft. Angelita cenote in the Yucatan Peninsula in Mexico. Cenotes are sinkholes that formed after cave walls have collapsed. 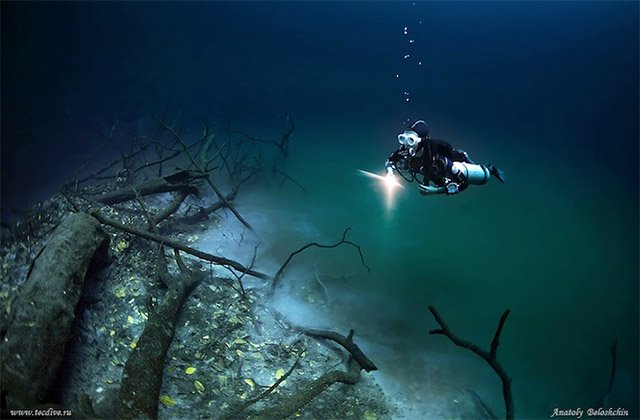 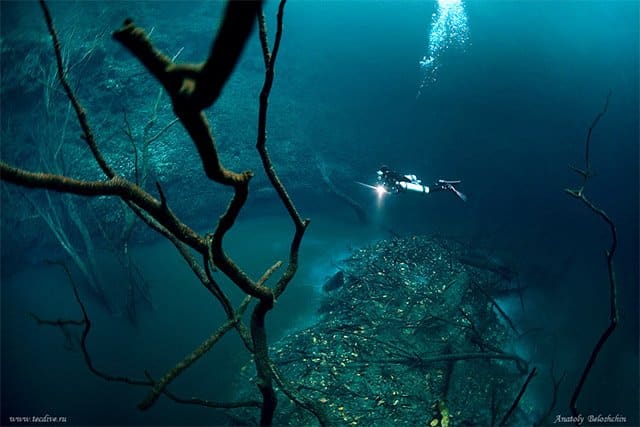 Beloshchin took several pictures of the eerie yet enchanting river that formed due to a natural phenomenon called halocline. A halocline occurs when bodies of water with different salt densities meet and then separate. 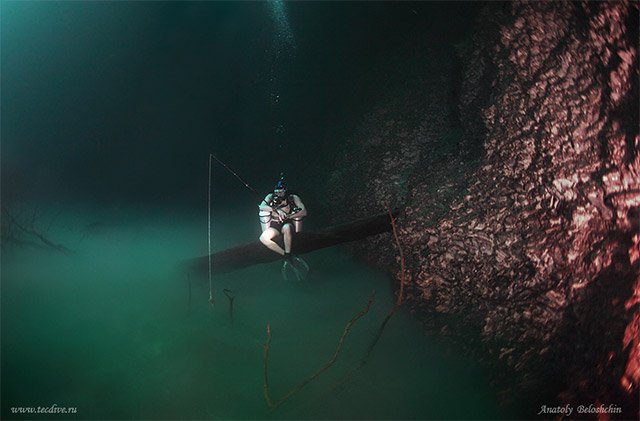 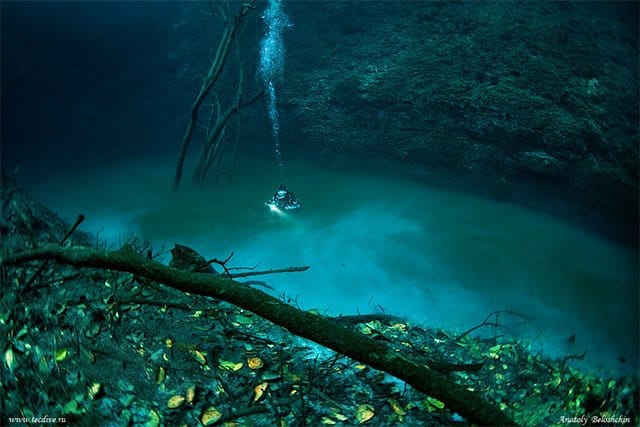 According to the photographer, the incredible visual effect of Cenote Angelita is due to a 1-meter layer of hydrogen sulfide that separates the 29-meter- deep fresh water from the 30 to 60-meter-deep salt water in the cave. 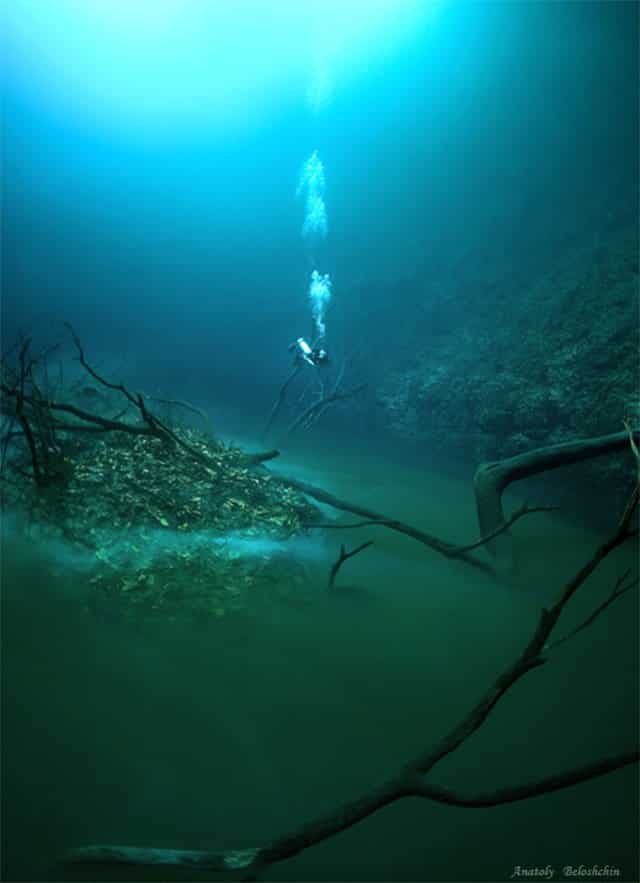 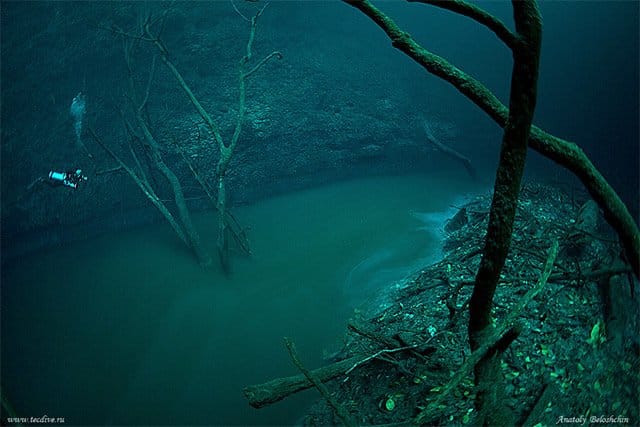 It’s a bit creepy, but no one can deny that it’s astounding. 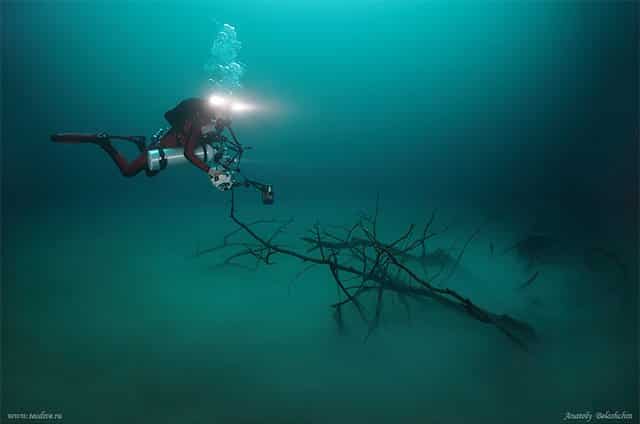