A viral video going around the internet today shows a woman cheating – well almost cheating – a vendor by hiding a 100 peso bill (roughly $2) on her armpit in an attempt to get an extra hundred from the vendor as her change. It’s a hilarious scene in which the woman later realizes that there was a camera on the stall taking a video of her and her unsuccessful robbing plans. For some reason, the woman’s impeccable acting and fast hand would make you think she was the one being cheated.

The woman who came up to the stall had plans to buy cocoa powder. The vendors were very friendly telling her the price of the product. As part of her act, the woman showed surprise with the said price, exclaiming how expensive it is. “It is 40 Pesos” the vendor said to the woman, to which she replied “that’s so expensive!”.

That moment when she realized there’s a hidden CCTV camera. 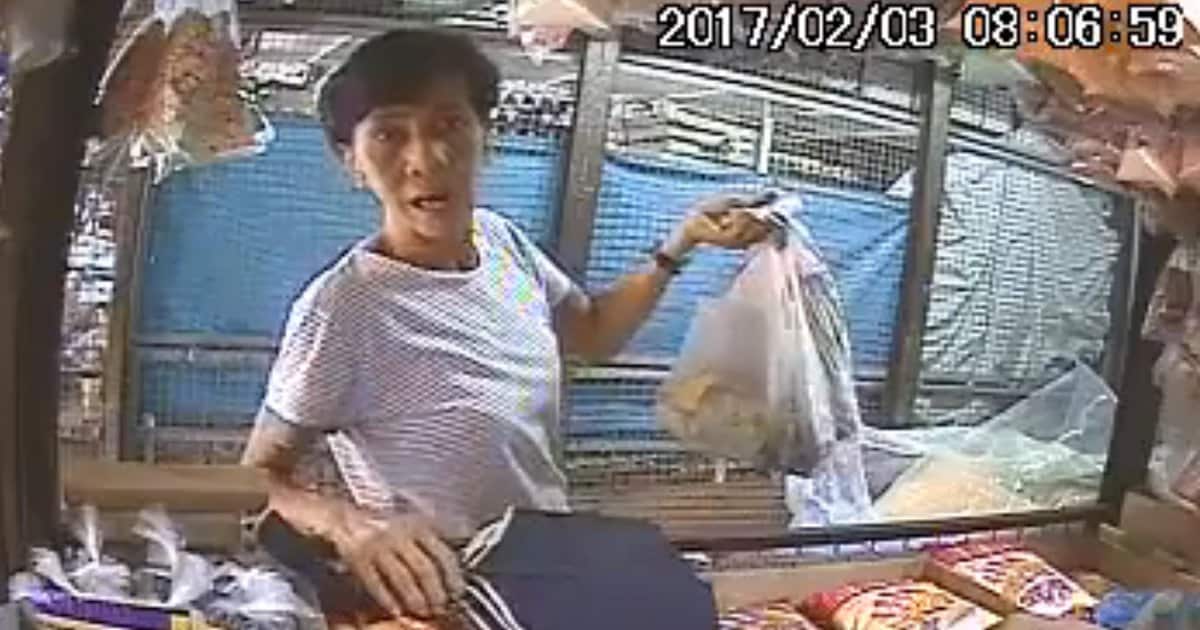 The vendor then explained why it was priced that way and soon the woman accepted the price, handing the vendor a 500 Peso bill (USD$8). The vendor returned the exact amount to the woman, 460 Pesos but the woman’s incredibly fast hand immediately took one one hundred bill (USD$2) and kept it under her armpit. She then proceeds to count the change and in a laughing manner tried to deceive the vendor.

“The change is not exact.” The woman said, counting only 360 Pesos. The vendor proceeds to count it for her and surprised at the change said that they were sure on giving the exact amount of change.

“This is not exact, its not 460. How much is the Ricoa again?” The woman’s acting skills are undeniably good, making it seem like she has done it for so long. The vendors, including the woman started to look for the missing hundred but soon the woman seemed to realize that a hidden camera was pointed at her and immediately takes the missing one hundred from her armpit and put it in a tight slit on the display table.

Her sleight of hand trick and acting did not solicit any suspicion from the vendors and after “finding” the lost 100, she then proceed to smile and said it was in the on the table all along.