This old video from 7 years ago recently resurfaced on the web after it made rounds on various websites and on social media.

Uploaded on YouTube by Derek Miller on February 19, 2009, the footage has been getting a lot of buzz lately as it shows the features of an impressively terrifying belt-fed shotgun.

Yes, you read that right – a belt-fed shotgun. 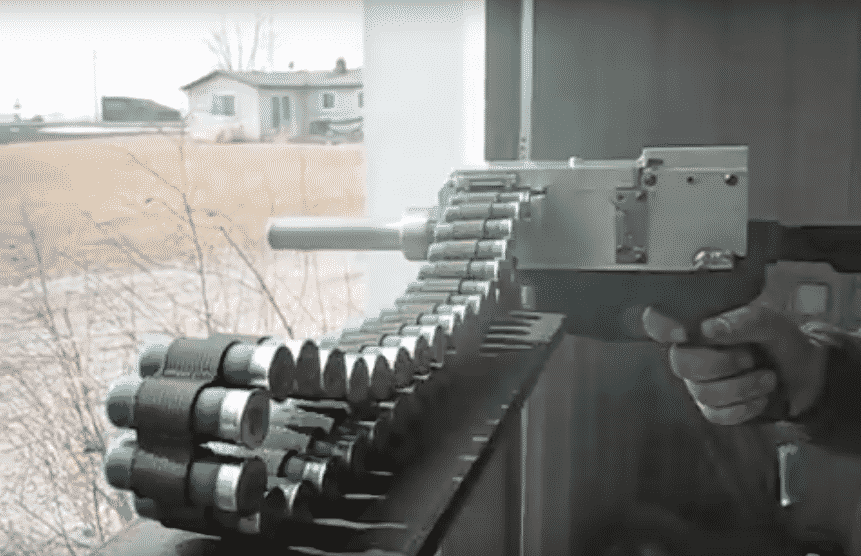 In particular, gun enthusiasts from all across the globe took great interest in the gun’s features and designs.

The firearm is shown in the footage, equipped with a belt of 12 gauge ammunition. If you look closely, you will notice that the gun’s upper receiver appears to be homemade while the lower part is a standard AR-15 rifle lower receiver. It is indeed quite impressive since it fires in full auto and semi-auto modes.

“I have designed and patents pending on this.. It’s a belt-fed 12 gauge upper receiver for a ar-15 or m16 lower receiver. It uses your lower receiver, so if you have a ar15 it’s a semi auto shotgun, however if you have a registered m16 lower or a drop in auto sear it becomes a full auto 12 gauge machine gun. This is a prototype model and all the bugs aren’t worked out quite yet. Most of the problems that I have encountered revolve around the shotgun sheels not being consistent enough to eject sometimes.”

Watch the shotgun in action here:

As Derek himself points out in the description, the weapon is a work in progress and so it still isn’t perfect. Unfortunately though, no updates about this project have been posted since 2009. Derek’s viewers are left to wonder whether the project is still a go or not.

Anybody out there who’s ever heard of Derek? Hit us up in the comment section!