Warning: This story contain scenes and information that some viewers may find disturbing.

A man who punched a toddler straight on the face was caught on cam. The incident happened inside Vest Market grocery store in Bakersfield, California. The store owner reported that the man was the child’s father, but authorities initially had to confirm this information.

The video clip taken from the surveillance camera of the grocery store made its way to social media and has gone viral since then.

In the following video, Whittington can be seen as he chased the boy between the aisles of the grocery store. When he finally caught the toddler, he punched him straight in the face, sending the boy sprawling on the ground. The boy can be seen crying and holding his head in pain after the unfortunate fall. Whittington then picked up the boy by dragging his shirt, when a pregnant woman, believed to be the boy’s mom, appeared. The boy went immediately to the woman and left the grocery store. It was not clear if the woman saw the entire incident.

The store owner, Henry Dindal, was at the back of the store when his assistant called him to show him the video. He confirmed that the man was indeed the boy’s father and provided a copy of the footage to the police. “It was the right thing to do,” he told NY Daily News. “You don’t hit a child like that.”

The viral clip led to the arrest of the man, later identified as Justin Whittington. 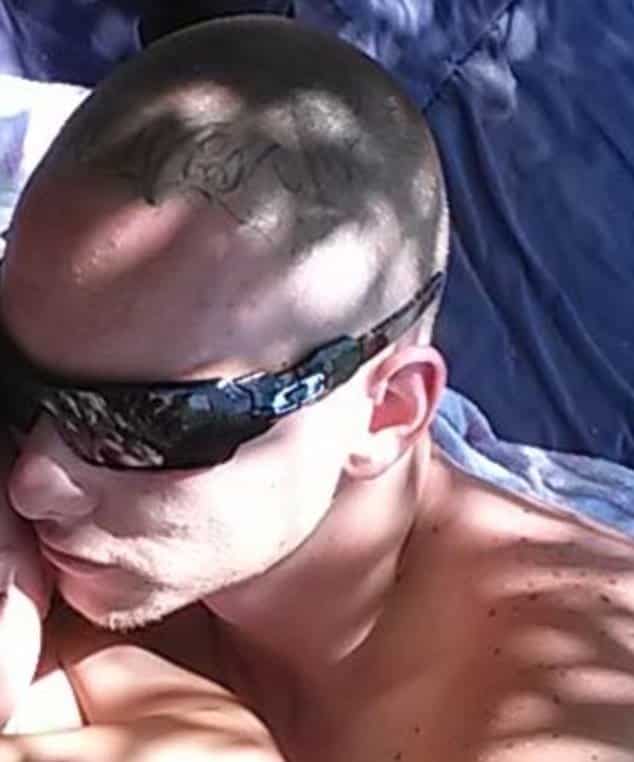 Whittington was arrested at his home in Bakersfield and was charged with ‘cruelty’. He was initially held for a $1 million bail, but it was later reduced to $20,000. Fortunately, the medical team who assessed the boy after the incident said that he need not be hospitalized.