The greatest fear of a parent might be of their children being harmed. This fear might even turn parents into beasts when they see danger finally striking. And among the pair, there can be no greater warrior than a father protecting his child.

The world is indeed becoming a scary place for kids to live in. We always hear news about crimes done every day, and the sad part is that the children are often the ones that are being victimized. Kids are weak, innocent and easily swayed and it is for these facts that make criminals target the youngsters.

Crimes involving kids could include child trafficking, where children are sold to groups that use them as tools for their evil deeds like selling drugs, pickpocketing or begging money on the streets. We even hear about organizations slaughtering the kids and smuggle their organs. These crimes are just a few of the examples why parents are becoming overprotective of their kids.

This father and daughter were out shopping but a man was loitering behind them. 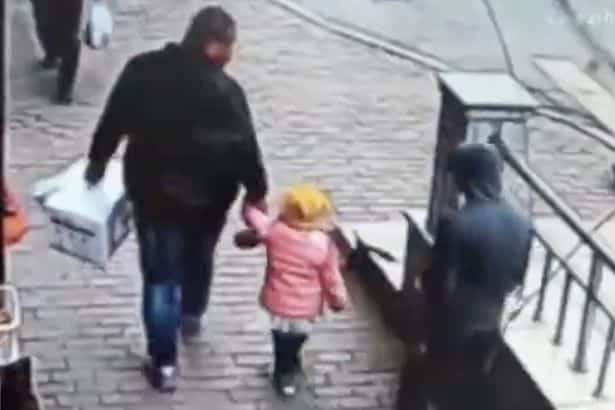 Our dads are certainly our first superheroes. They could jump into any lion’s den if they have to if it means saving the life of their precious child. A dad in China definitely showed why criminals shouldn’t mess with their kids as they can go as far as throwing a powerful kick in the groin to keep those evil hands off their children.

A hero dad saved his daughter from a chilling kidnap attempt. When he saw a stranger trying to grab his daughter, his instinct told him to kick the abductor in his groin.

As soon as they finished shopping the stranger tried to grab the girl from behind. 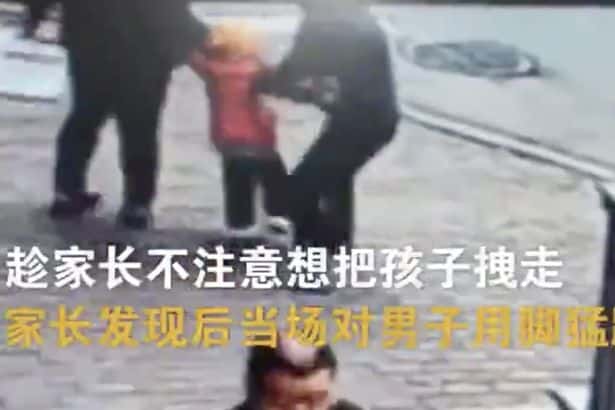 The scene was captured in a video where a man was eyeing a child who was shopping with her father. The little girl was waiting for her dad as he does some shopping in a market in Jiamusi City, China. At their back though was a man seemingly stalking them. He had his hood pulled up and is dressed in dark clothes, so it was difficult to identify the man.

Things began to escalate disturbingly when the father and his children turn to leave, but the kidnapper dashed forward to grab the girl. They had a tug of war over the child, with the father refusing to loosen his grip on his daughter.

The father got in a tug of war with the kidnapper but resisted to let go of his daughter. 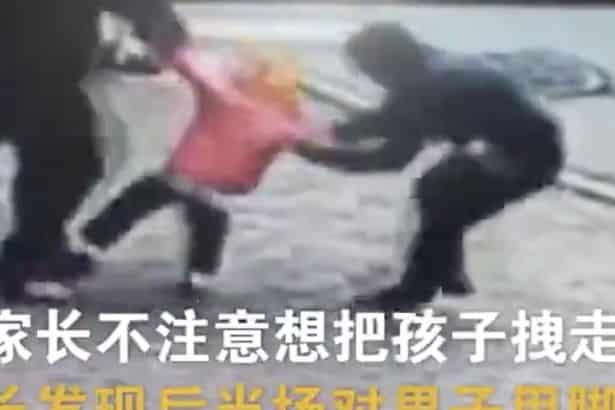 In an attempt to drive the abductor away, the hero dad kicked the stranger in the groin and that was only when the man finally dropped the child’s hand. Commenters who saw the footage revealed that traders in the market spotted the abductor around the area a few days before the terrifying confrontation. They also revealed that it was not the first time he tried to kidnap a child.

To lose the abductor, the father kicked the man in his groin 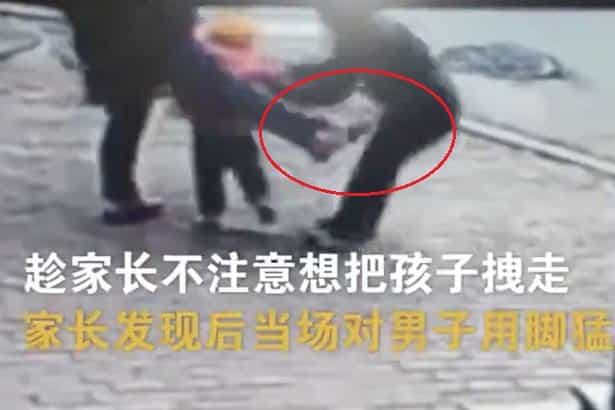 Watch how the brave dad tried to save his daughter from a supposed kidnapper from the video below.