It’s a bittersweet moment that definitely gives ’til death do us part’ a deeper meaning. Sure, we’ve all heard that phrase before in weddings we’ve attended. It’s that part when couples vows to stick together “for better, for worse, for richer, for poorer, in sickness and in health.”

This story about a young couple, however, just made those words much heavier. 35-year-old David Mosher and his girlfriend, 32-year-old Heather Lindsay tied the knot recently at a hospital room. The heartbreaking wedding eventually went viral online.

The wedding was held at St. Francis Hospital in Hartford, Connecticut 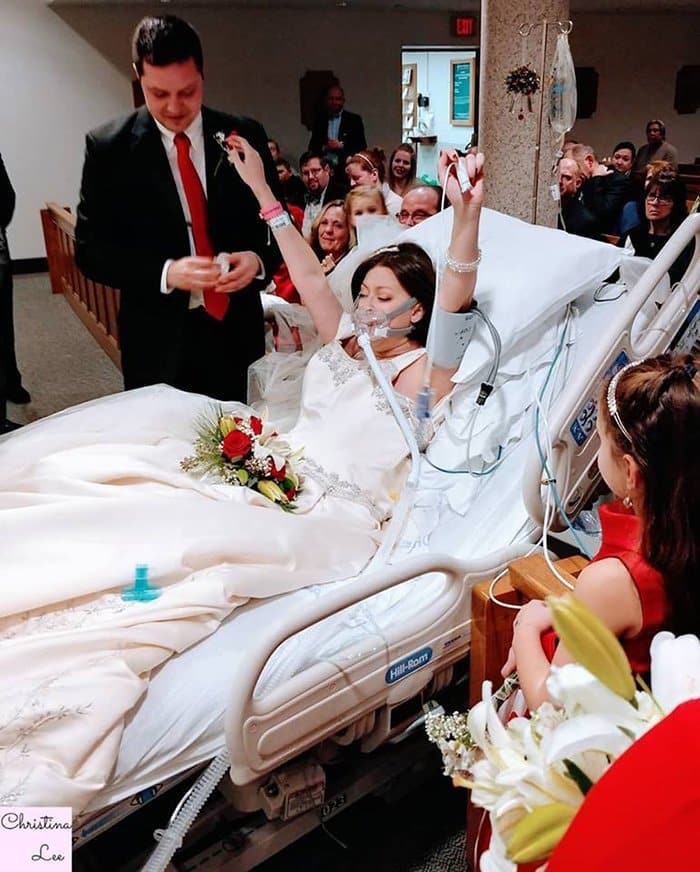 According to David, he planned to propose to Lindsay on December 23, 2016. They have been dating for over two years at that point. The two went to a doctor that day and it was then that Lindsay discovered that she has an “aggressive form of breast cancer that had already spread to her lymph nodes,” reported SunnySkyz.

David didn’t let the diagnosis prevent him from proposing.

“I left the plans as they were. I proposed to her. We had the toughest year of our life. She struggled with her cancer through the traditional chemotherapy.”

Unfortunately, the cancer later spread to Lindsay’s brain and lungs. The wedding was then set for December 30 but doctors said that she probably won’t make it to that day anymore.

David and Lindsay were married at an earlier date at the hospital’s chapel. 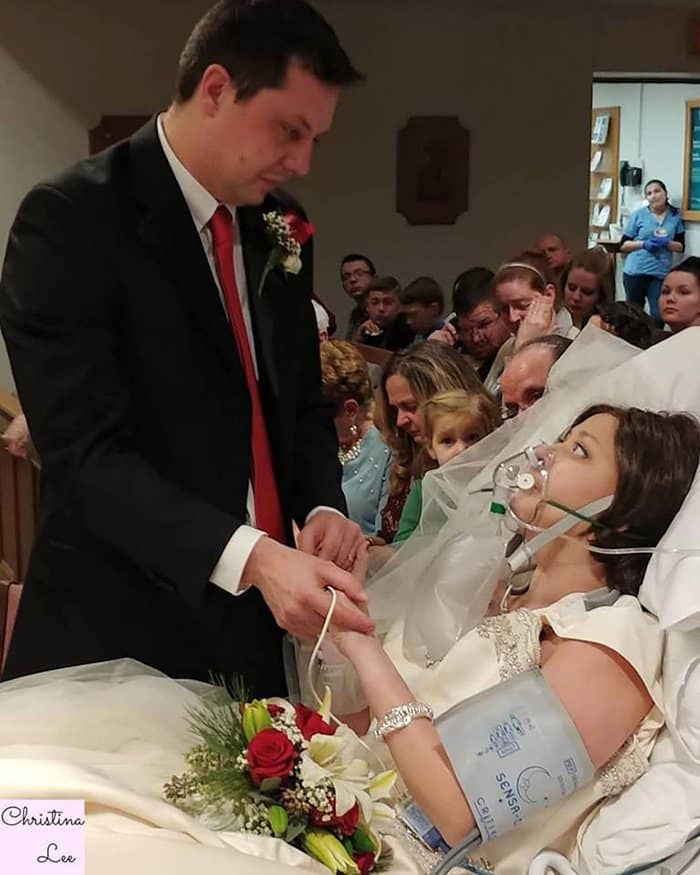 The date was moved to December 22 with friends and families in attendance. Needless to say, there wasn’t a dry eye in the room.

Lindsay wore a wedding dress while lying in her hospital bed. 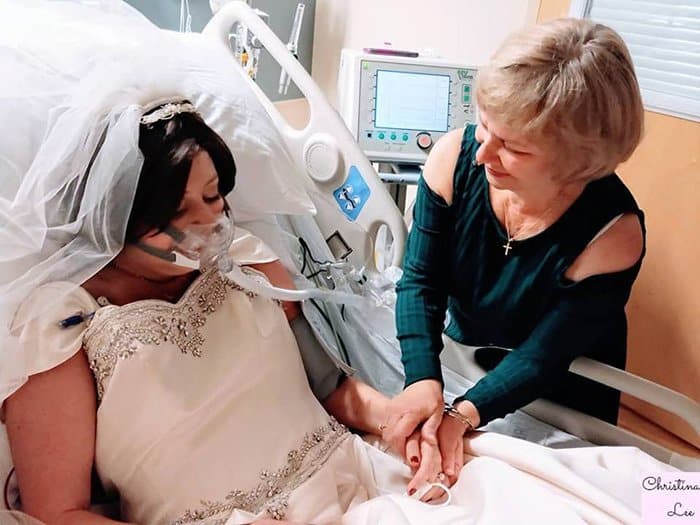 After a year-long battle with breast cancer, Lindsay peacefully passed away 18 hours after the ceremony. 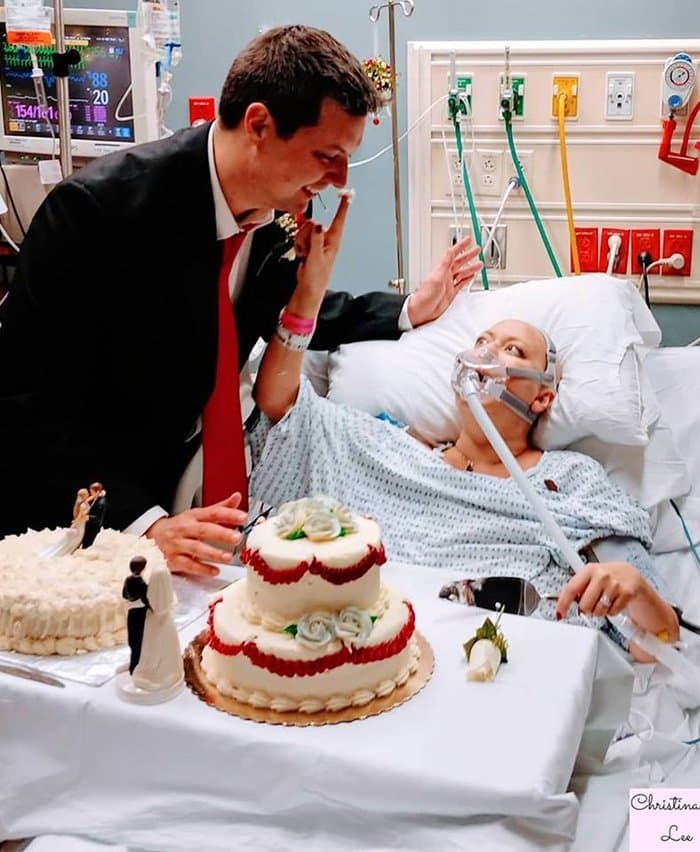 The photos have since gone viral as netizens around the globe were touched by the heartbreaking scene. 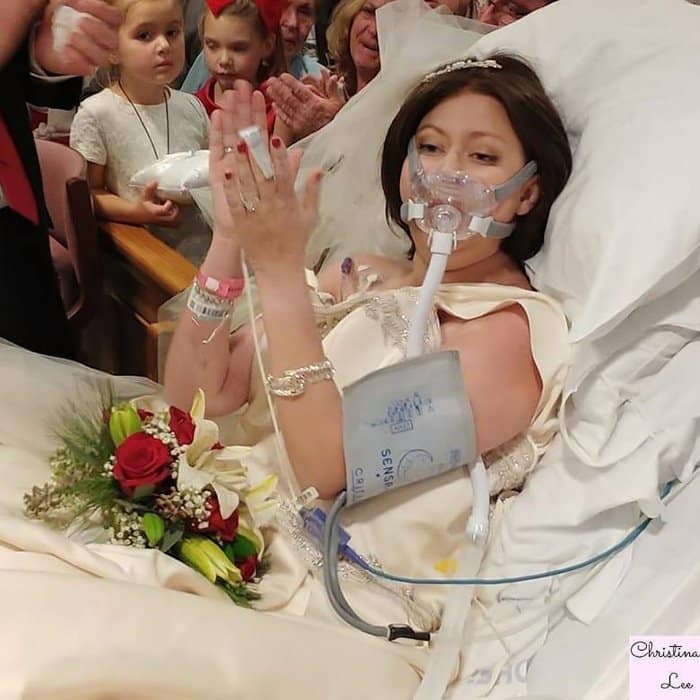 In an interview with Today, bridesmaid and photographer Christina Karas said:

“This has been a heartbreaking time, but I’m glad this story has brought hope to so many people. This person was in her last moments and still feeling all this joy.”