A workplace can actually be one of the areas with the heaviest traffic. Not to mention showrooms which are visited by hundreds of people every day. Hallways to these rooms can also be busy with sales assistants and agents escorting possible clients in and out of the building, and consider the playful kids that come along with these buying people too.

Accidents cannot be avoided in busy hallways. While we are always reminded to be respectful of other and follow rules, we still tend to run around in the halls, most especially when we are in a hurry. So to put an end to stubborn people who keep on flashing over the hallways even if there are already “No Running” signs, a company in Manchester, United Kingdom set a trend that appears to be a very effective solution to make people slow down and walk carefully.

This floor creates an illusion of a floor using only tiles. 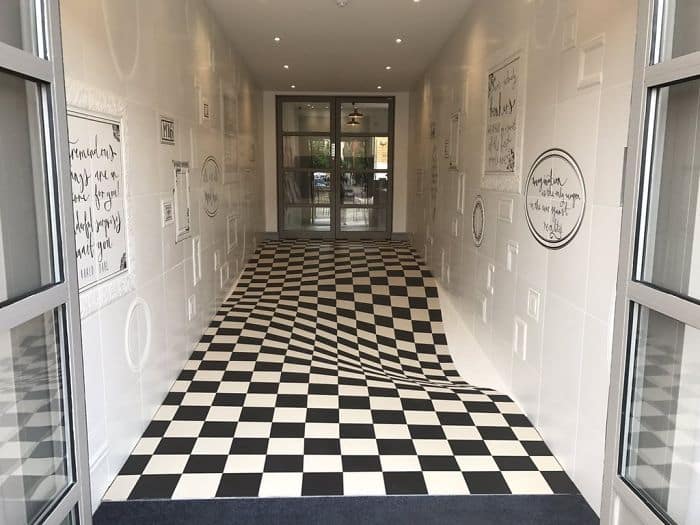 A floor was set up to look like there is a big hole or deep slope in it, but in reality is flat and solid. The tiling company, Casa Ceramica, designed their hallway floor with an illusion of a hole to make people stop from running.

Duncan Cook, owner of Casa Ceramica, tried navigating the deceiving floor of the showroom and videos of him doing a demo were posted online. He showed how the hole was actually just in the mind as he walked straight over the seemingly slope and waves and finishing with a neat dab.

The illusion seem so real that anyone who walks trhough it will probably stop to take a look.

A representative of the savvy tiling company explained the baffling floor illusion saying:

“The inspiration was to create an entrance themed on illusions and exceed expectations of how tiles can be used.”

With that said, people entering the showroom will clearly see the illusion, but as it only works in one direction, you won’t be able to see the slope on your way out.

It might be a little disorienting, but people are amazed and couldn’t wait to see the hallway in actual. Scroll down for more pics of the hole in the floor below and read what the people have to say about the ingenious hack: 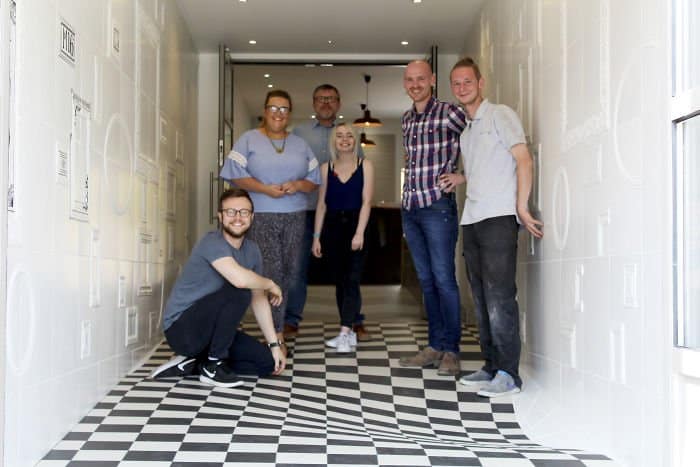 Check out how some netizens reacted to the one-of-a-kind floor: