Over two decades ago, two drug dependents hooked up and decided there was more to life than spending the rest of their days abusing substances. They weren’t very materialistic, but shared a common desire to improve their lives by quitting cocaine.

So they moved underground. 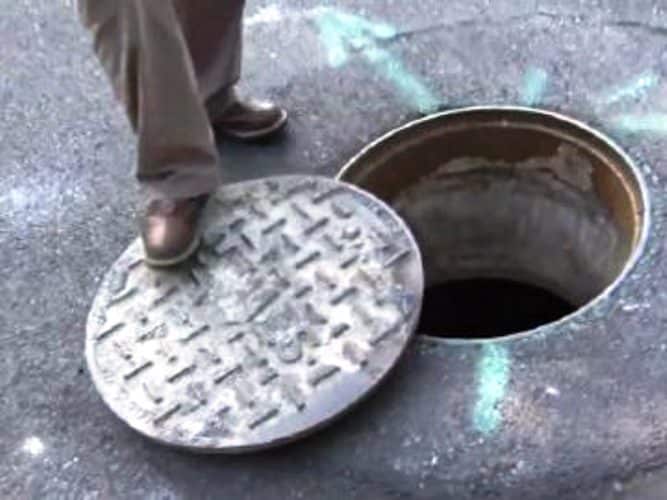 That was a long time ago. Today Miguel Restrepo and Maria Garcia have been living in an abandoned sewer in Medellin, Colombia.

Its been their home for 22 years. 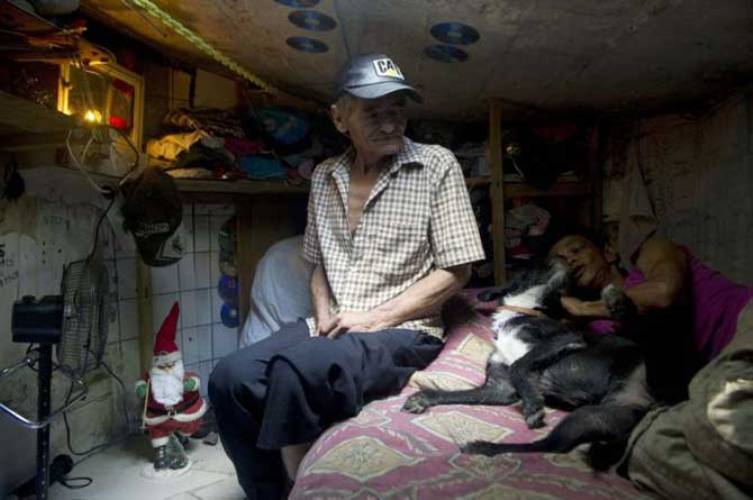 The couple bumped into each other as drug addicts in a city notorious for narcotics trafficking and gang violence.

Medellin, the second-largest city in Colombia, was ruled by cocaine kingpin, Pablo Escobar. Known as one of the world’s most dangerous places, Miguel and Maria were witnesses to daily gun battles between gangs and the police. They likewise witnessed innocent people caught in the line of fire.

So they decided to move into a sewer. 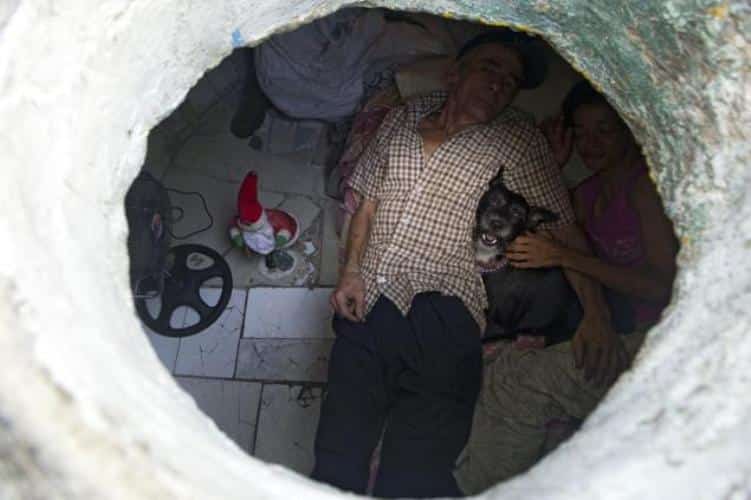 Neither of them had families or friends to help them with money and both of them were dirt poor. The relative safety of a small underground hole seemed ideal for them. Slowly but surely, away from former influencers, they overcame their substance abuse issues and their lives moved in a new direction.

While living in sewers may seem the lowest of the low for most people. Miguel and Maria have turned filth and dirt into a cozy home.

Home is where the heart is. 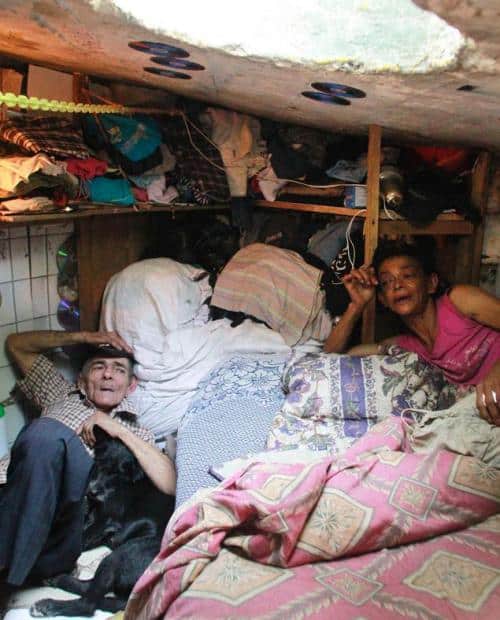 They’ve hooked up to electricity in the abandoned hole and they have their own little bedroom and kitchenette.

They even have a chair to watch a small TV from. 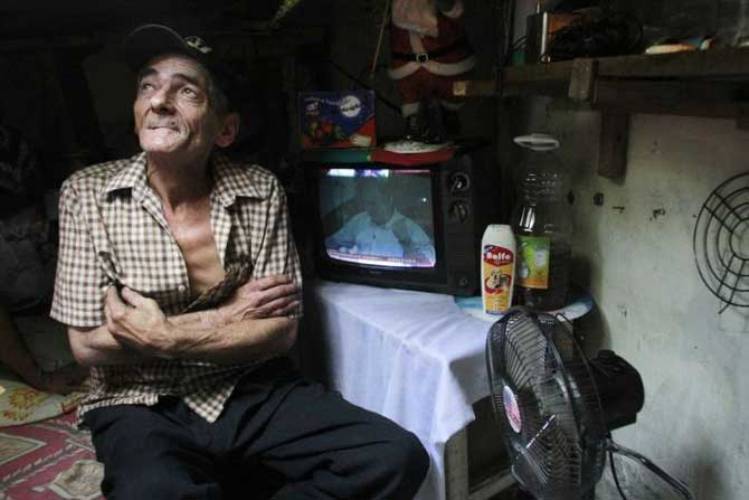 Their tiny tunnel measures 64 and ½ square feet and they enjoy the open air from their home’s circular opening which serves as a skylight on sunny days.

There’s always a glimpse of the open sky. 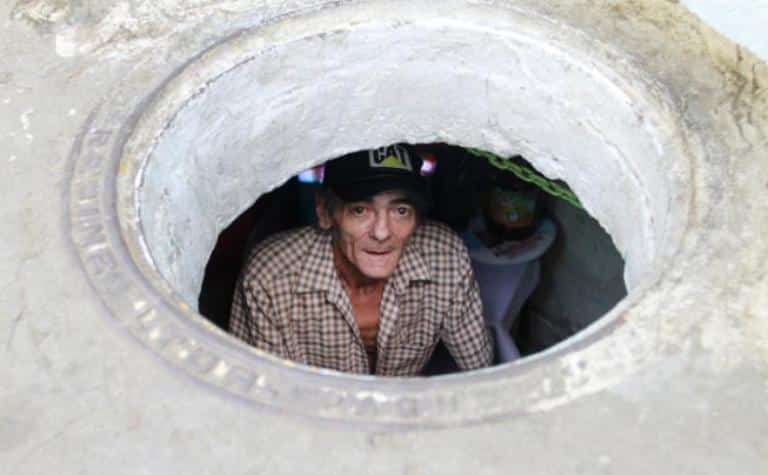 And food to eat, no matter how meager. 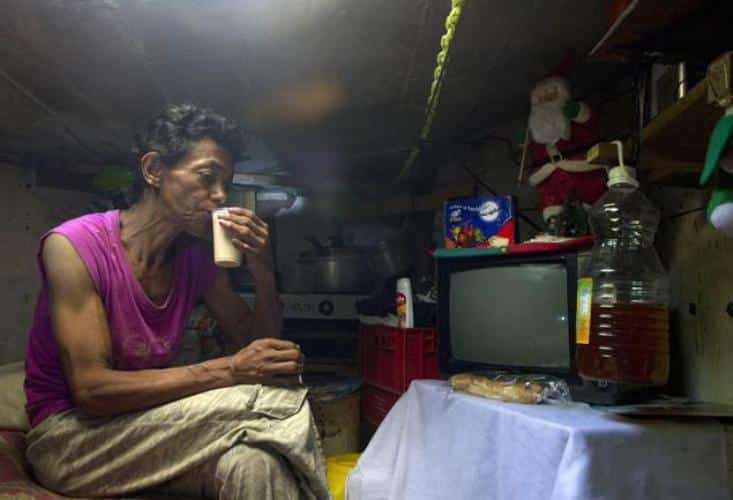 The couple even has a pet dog they’ve named Blackie.

The tamed street mutt guards their home when they’re away. 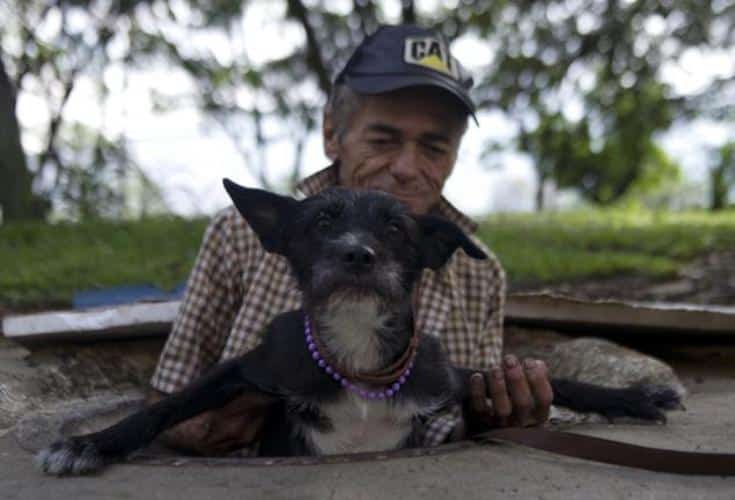 Like many other families living above the ground, Miguel and Maria enjoy decorating their simple digs during festivals and holidays.

Christmas is a particular favorite. 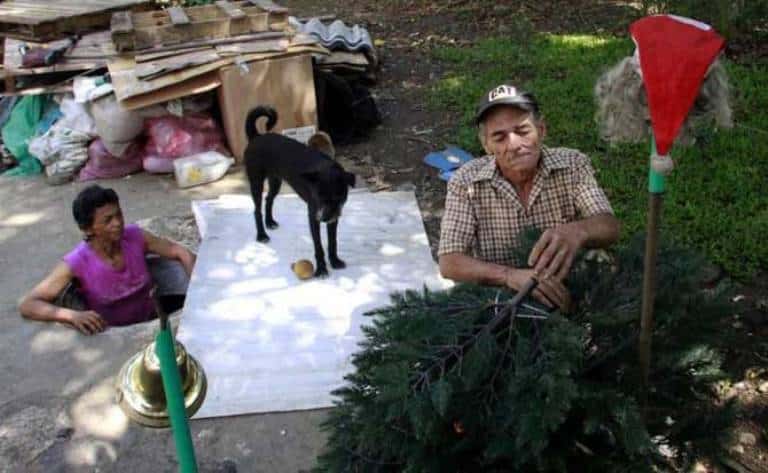 Medellin has since turned its image around as a cocaine and gang wars hotspot since Miguel and Maria moved underground.

The city now boasts of spanking new architecture and public squares to enrich civic pride, but Miguel Restrepo and Maria Garcia have come to love their small but safe hideaway they’ve since called home.