A simple kind of kindness can save and change a life. Sometimes we don’t realize how little compassion means so much to somebody.

It’s a wonderful feeling to touch someone’s life and to be a part of a wonderful memory and experience.

This was the case for a homeless man who met a kind hearted stranger that turned his life to a brighter side.

A New Hampshire College student Casey Fischer decided to have a morning coffee at Dunkin Donuts.

Before entering Dunkin Donut, she saw a homeless man collecting a change on the side of the road.

Casey Fischer the college student who save the homeless man's life 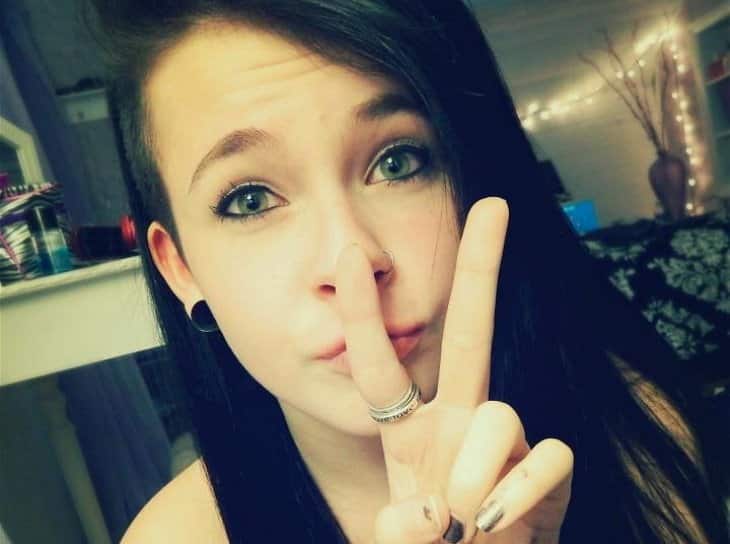 The homeless man entered the shop and was counting his freshly collected change trying to fit it for his meal. Miss Fischer decided to approach the man and invited him to sit and talk with her. At first, the man was reluctant to talk to her but later on agreed.

According to her, the man’s name is Chris. She bought a coffee and bagel for him to eat as they talked for an hour sharing stories. Chris was able to share a tiny part of his life story to Fischer because she wanted to learn more about his life.

“He told me a lot about how people are usually very mean to him because he’s homeless, how drugs turned him into the person he hated, he lost his mom to cancer, he never knew his dad and he just wants to be someone his mom would be proud of…”

Since Casey Fischer needs to go back to class she said goodbye to Chris. Chris said to wait for him while he was writing something for her. After giving the crumpled receipt to her, Chris left the store with a smile. 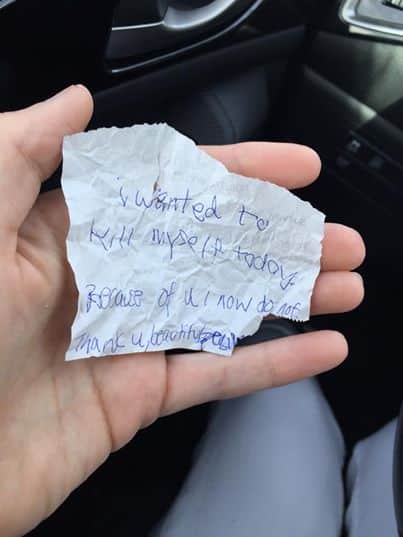 When Casey opened the note it said the following,

“I wanted to kill myself today, because of u I now do not. Thank u, beautiful person. ”

“Chris was one of the most honest & sincere people I’ve ever met.”

She posted this to her Facebook page which was shared by thousands of people.

Indeed her kindness has saved a life. A small act of kindness and genuine empathy should never be undervalued. It’s always great to be nice and kind because we never know how much lives we can touch.

What can you say about this moving story?

Please SHARE this to your friends and family. This is a very good example as to why we should continue doing little and great things for other people.