One of the harsh realities of running your own business is that, sooner or later, you will have to deal with some rude customers.

Take it from The Interceptor, a restaurant based in England. The staff had the unfortunate experience of dealing with Chris Stanley and Jason Ponder – two customers who consistently complained about their food each time they dined. Stanley even wrote a letter to their management to air his complaints but eventually, the pub decided to simply ban the pair from ordering any food from their establishment.

The guys probably deserved it. 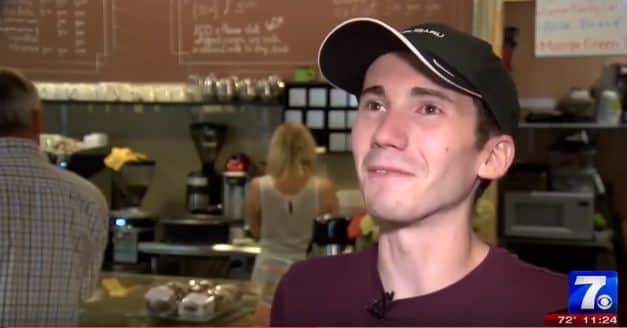 Now let’s hear about Austin Simms – an entrepreneur who runs CUPS Coffee & Tea, a coffee shop located in Roanoke in the city of Virginia. As the owner of the shop, he is pretty hands-on in his business. So he’s well aware that, yes, some impolite people do come to their place.

Simms said he wrote the sign in the hopes of promoting politeness within his establishment. 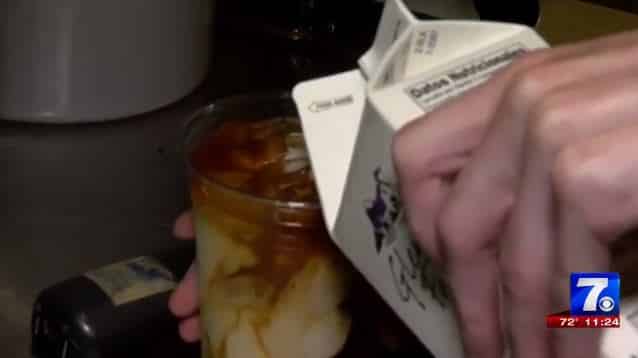 So he decided to do something about it. He did so by putting up an outdoor sign that’s meant to be funny and get the message across – if you are disrespectful, you will have to shell out more for your coffee.

The sign says that the price of their coffee depends on how a customer orders it. 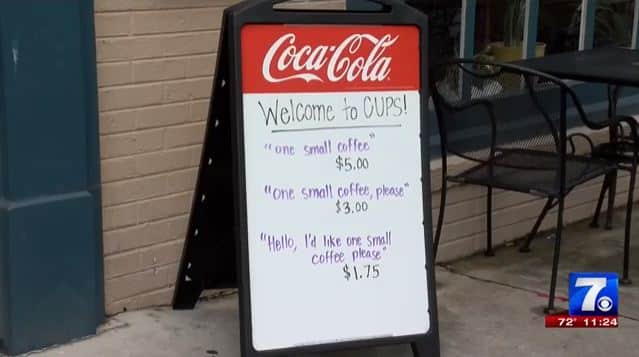 He wrote on the sandwich board:

Austin said he just wanted people to “say ‘hello’ and connect and realize we’re all people behind the counter.” 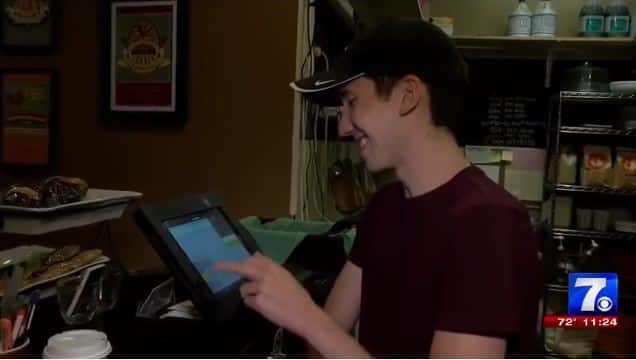 “I decided because I need to solve all the injustices of the world to start charging more for people who didn’t take the time to say ‘hello’ and connect and realize we’re all people behind the counter.”

Just one day after he posted the sign, a photo of it has been uploaded on Reddit and things went crazy from there. It immediately went viral, reaching netizens from across the globe.

Well, it’s really easy to understand why. People related and agreed with the positive message.

So yes, Astin can likely expect more polite customers in his coffee shop from here onwards. It also doesn’t hurt that his small business has achieved worldwide popularity because of his funny sign. Now that’s brilliant marketing!