For adults, a birthday means you’re officially adding one more year to your age. But for kids, it’s the best day ever!

So when Angel Kazanis’ son Evan turned four years old, she made sure to make it an awesome one for him. She then invited 30 children at Chuck E. Cheese in New Jersey to celebrate Evan’s birthday. However, nobody showed up.

“He was looking at the door. You saw the disappointment on his face,” Kazanis said. 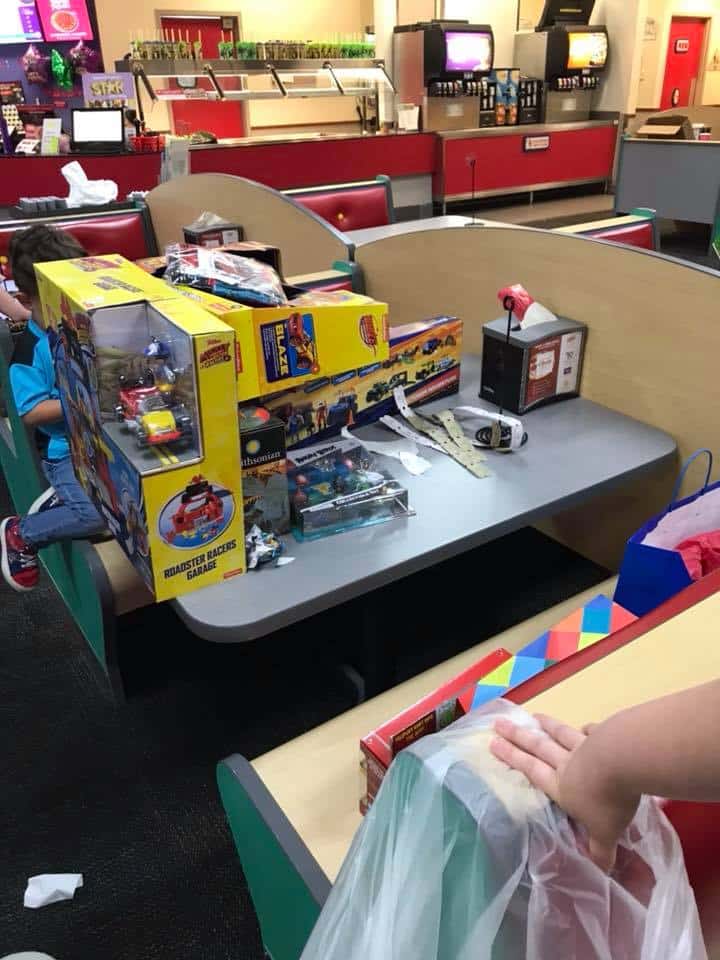 The look on little Evan’s face just broke his mother’s heart. As it turns out, it wasn’t just Evan’s mom who saw the sadness in his eyes; Chuck E. Cheese employees felt heartbroken for the young child as well.

“I immediately ran to the kitchen and was so upset … [the mother] was handling it so much better than I was. She held it together and never let Evan know for a second she was upset, which I think was super awesome.”

But she wanted to make things better for Evan somehow and turned to social media. Inzinna took to Facebook to share that she wanted to give a little boy a party complete with presents. Her family and friends read the post and helped her with her idea, and gathered 13 gifts in total within a few days.

Inzinna reached out to Kazanis and told her that Chuck E. Cheese wanted to do something for little Evan. 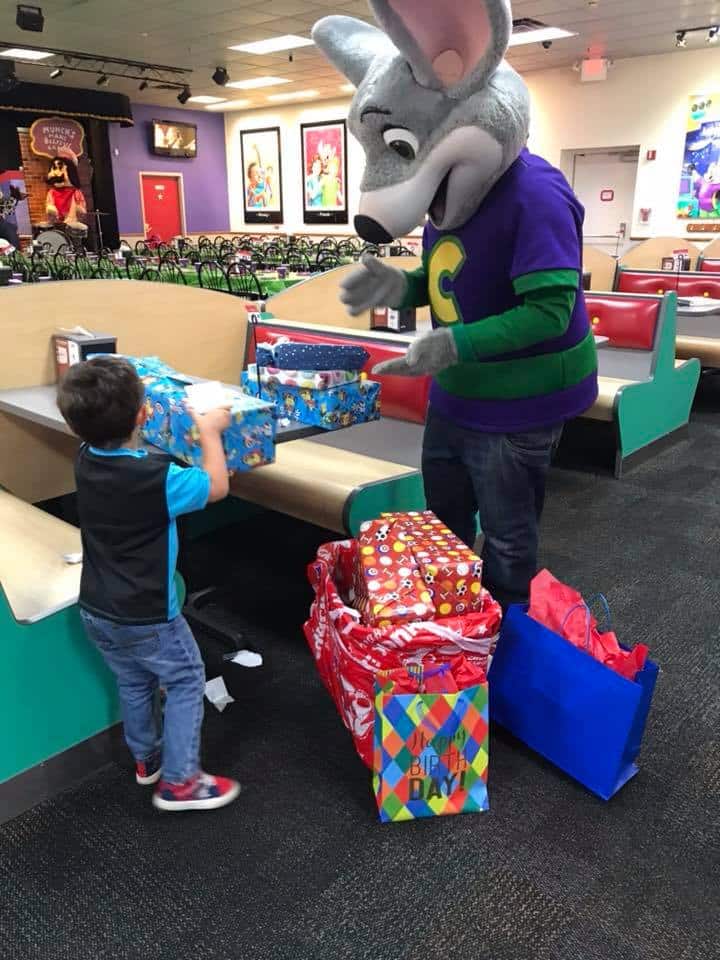 When they arrived, Evan clearly didn’t know that he had another shot in celebrating his 4th birthday. 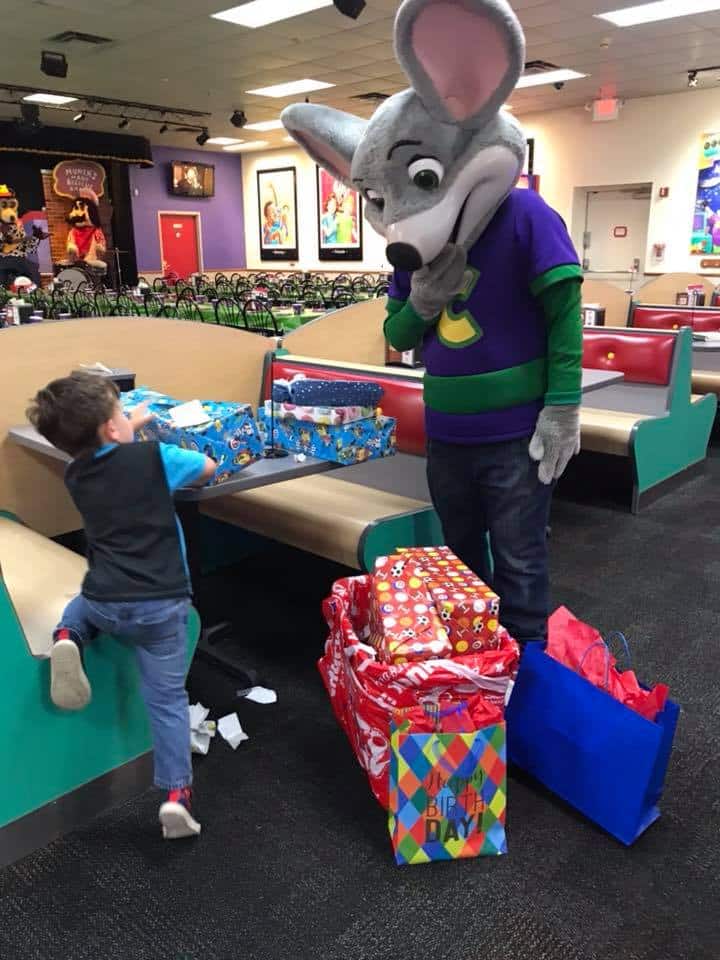 They made him feel so special that even the store’s mascot delivered him the gifts. 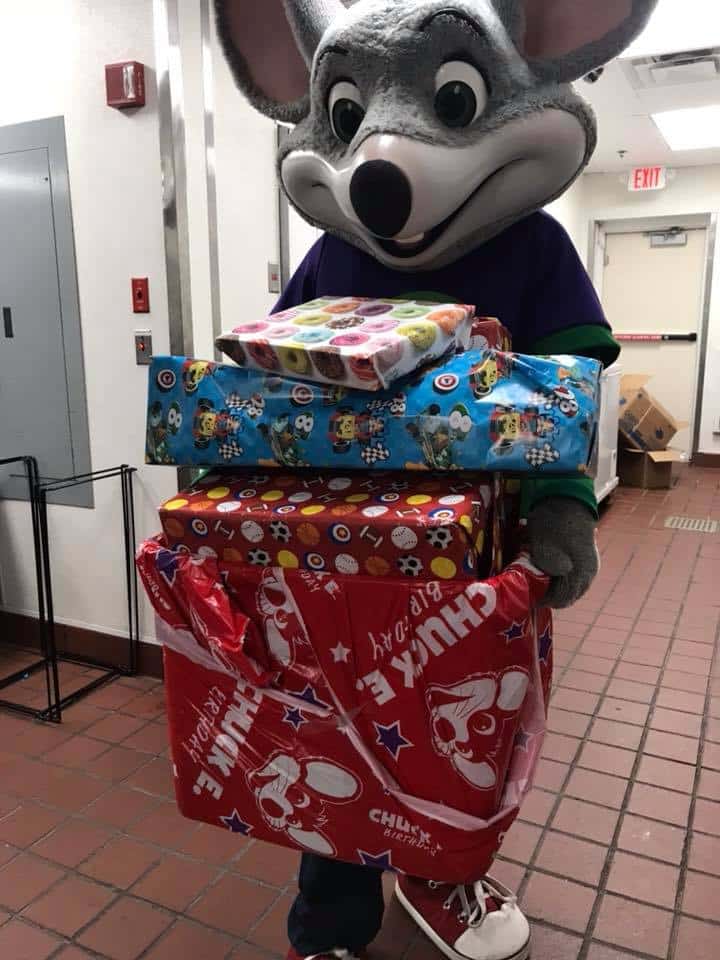 “The day he came back in, seeing the smile on his face was everything I wanted … I had one goal that day, and my goal was to make sure that he left happy. And he left going, ‘Oh my God, Mom, this is the best day ever.'” 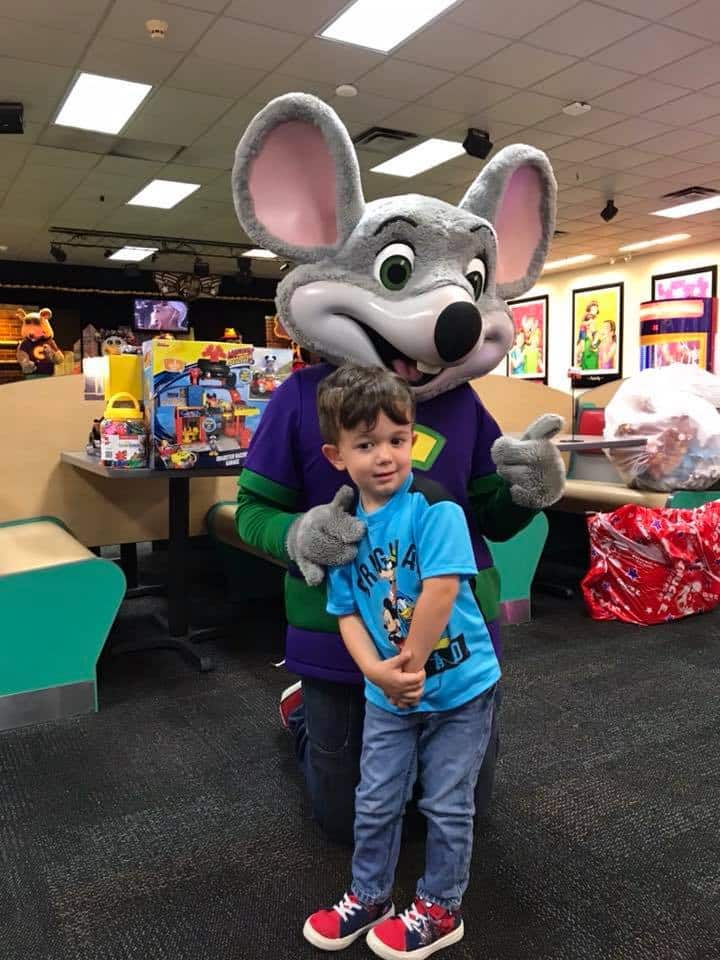