When we face death, we cannot take every material thing we posses in this earthly world. The fancy dresses, the shiny jewelry and designer bags are nothing but mere objects that cannot cross over to the afterlife. But have you ever heard of catacomb saints? The practice behind these saints are quite creepy and we are sure you’ll agree.

Catacomb saints are corpse of ancient Roman leaders that are embellished with jewels and fancy clothing before being transported to different locations as saints. This is an ancient Catholic practice that was discovered in 1578. Most of these corpse were distributed in Europe as relics of Catholic martyrs and are displayed in different locations for public viewing. 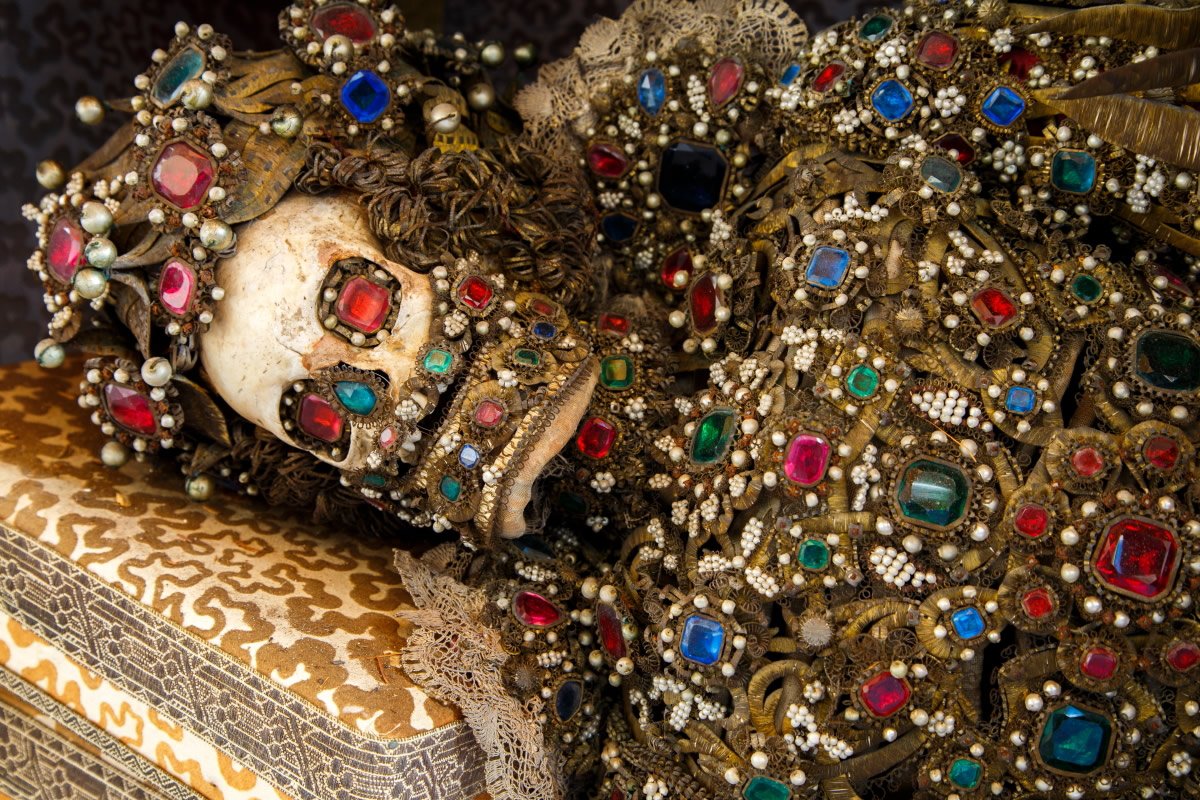 These corpse were said to be found in the most hidden religious places. 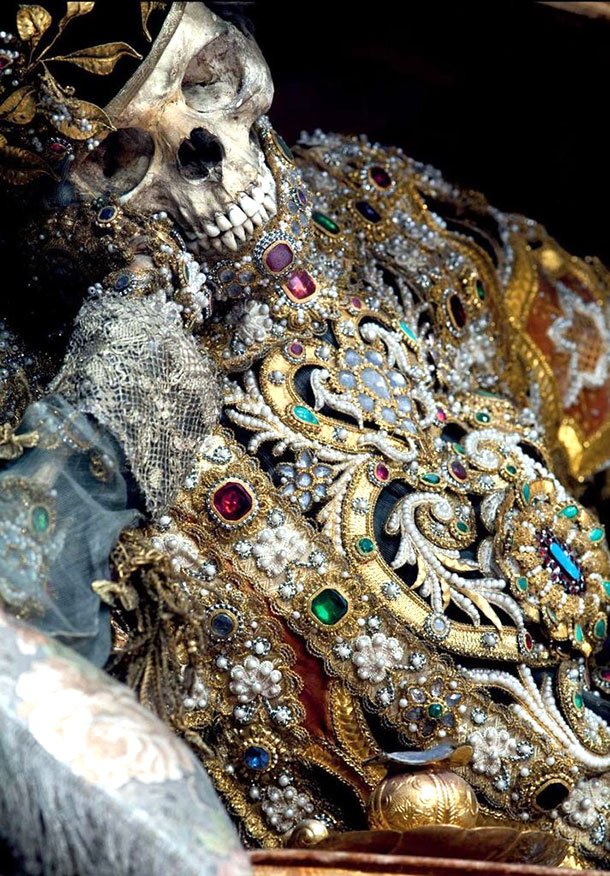 The corpse were sent to different Catholic churches across Europe to replace the holy artifacts destroyed during the Protestant Reformation in the 1500s. 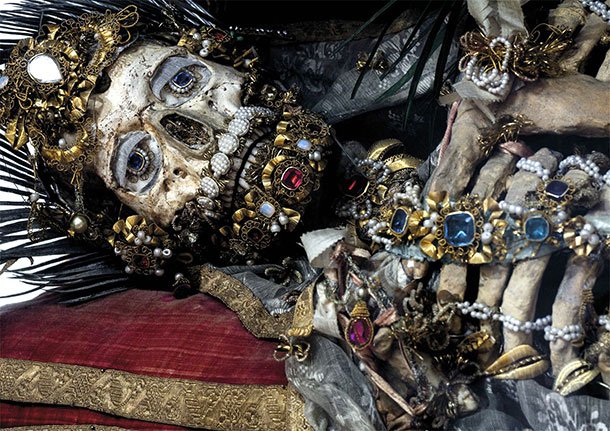 Precious stones, gold and jewels were intricately placed in each of the corpse. 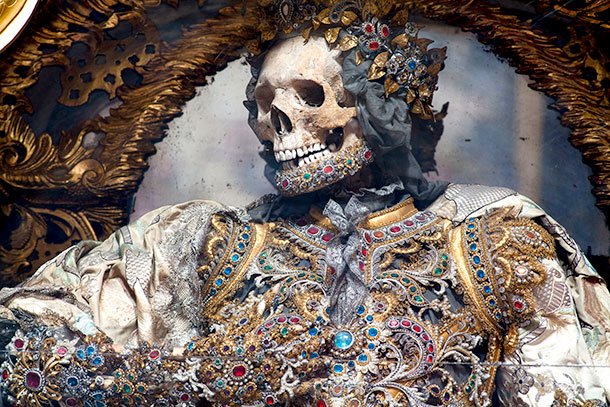 Koudounaris authored a new book called Heavenly Bodies: Cult Treasures and Spectacular Saints from the Catacombs, where photos of the catacomb saints are featured. This is the first time that the skeletons are presented in print.

Many of the skeletons are of Rome’s lost martyrs. 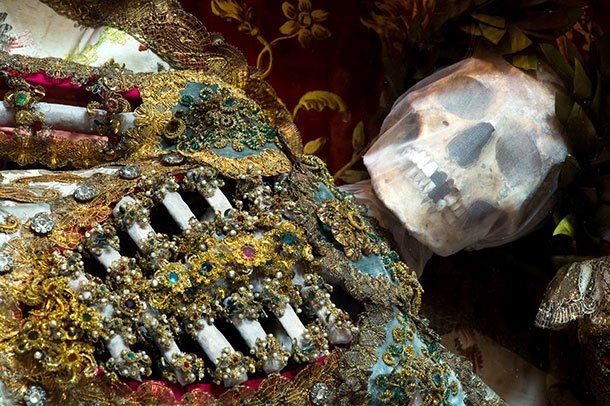 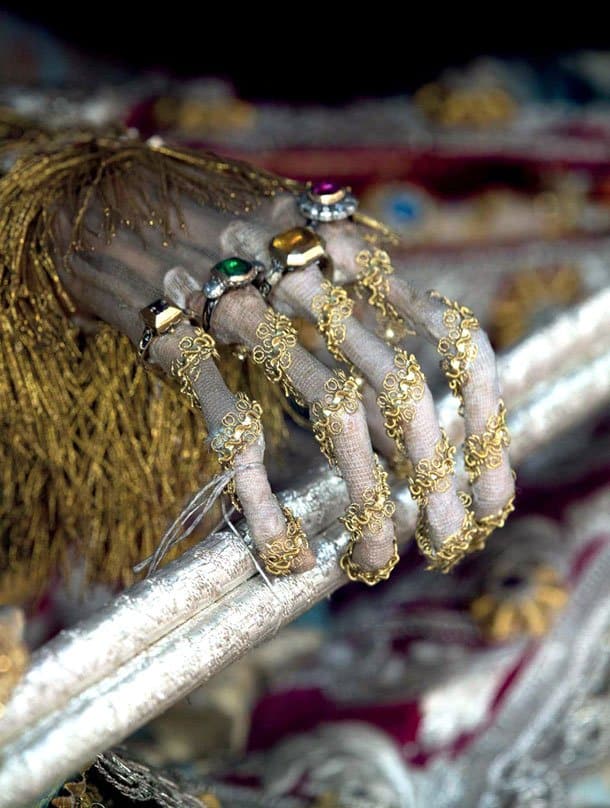 One more beauty from the Crypt. 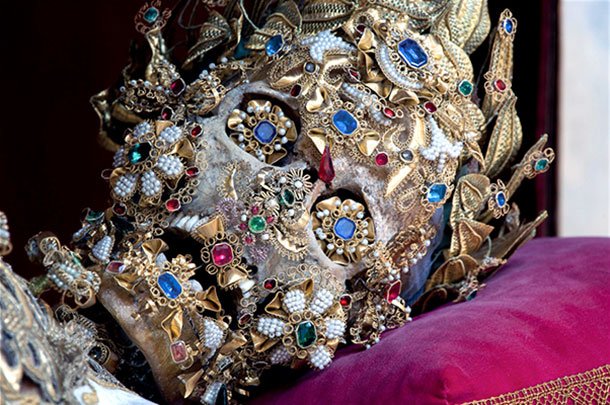 Koudounaris had to photograph these skeletons through the glass. 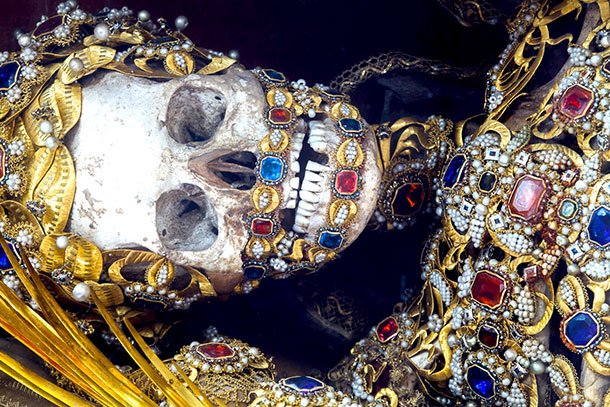 He used personal Windex to capture the historical images. 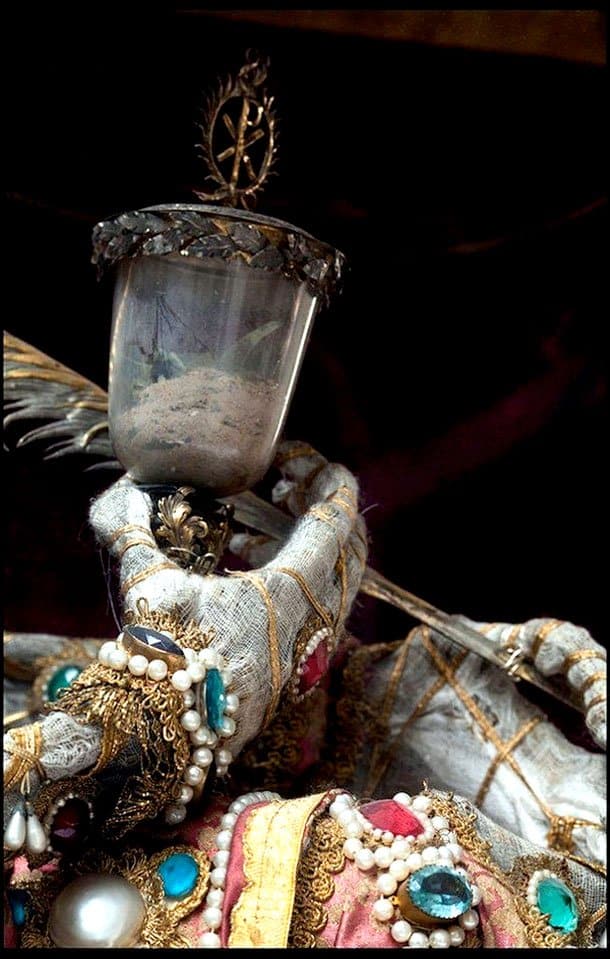 It was quite not easy for him to find the right angle through the glass. 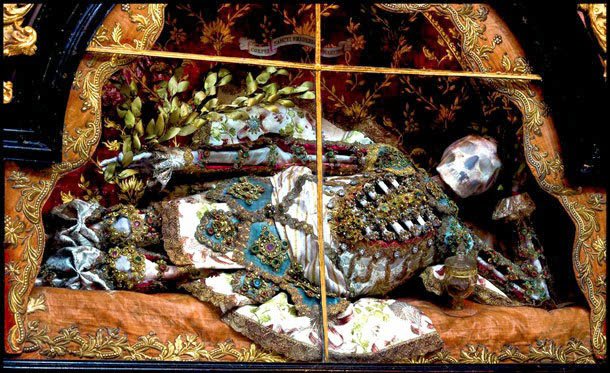 In his book, Koudounaris says death has never looked so beautiful.