Some people just have this sheer determination and focus that nothing can ever stop them from accomplishing their goals. One such man is a Canadian who became a viral sensation after his wife took a photo of him mowing the lawn despite the looming tornado behind him.

Theunis Wessels clearly didn’t budge when there was a huge tornado just outside his property. When the dark clouds started to gather on Friday evening, the Three Hills, Alberta resident just wanted to focus on mowing the lawn and finishing it. It’s just one of the chores he has to complete and no tornado would stop him from doing just that.

“I had to get it cut. A lot of things happening over the weekend.

“Children were attending swim meets and some other sporting events over the weekend, so I had to make sure I got it done.”

Theunis’ daughter called out to him so he would go inside but he didn’t. So she woke her mother up from her nap. Theunis’ wife, Cecilia then got out to take a picture of him and ask him to get inside the house. Still, Theunis refused.

The viral photo of Theunis Wessels, who was mowing the lawn despite the tornado seen at a distance from where he's standing. 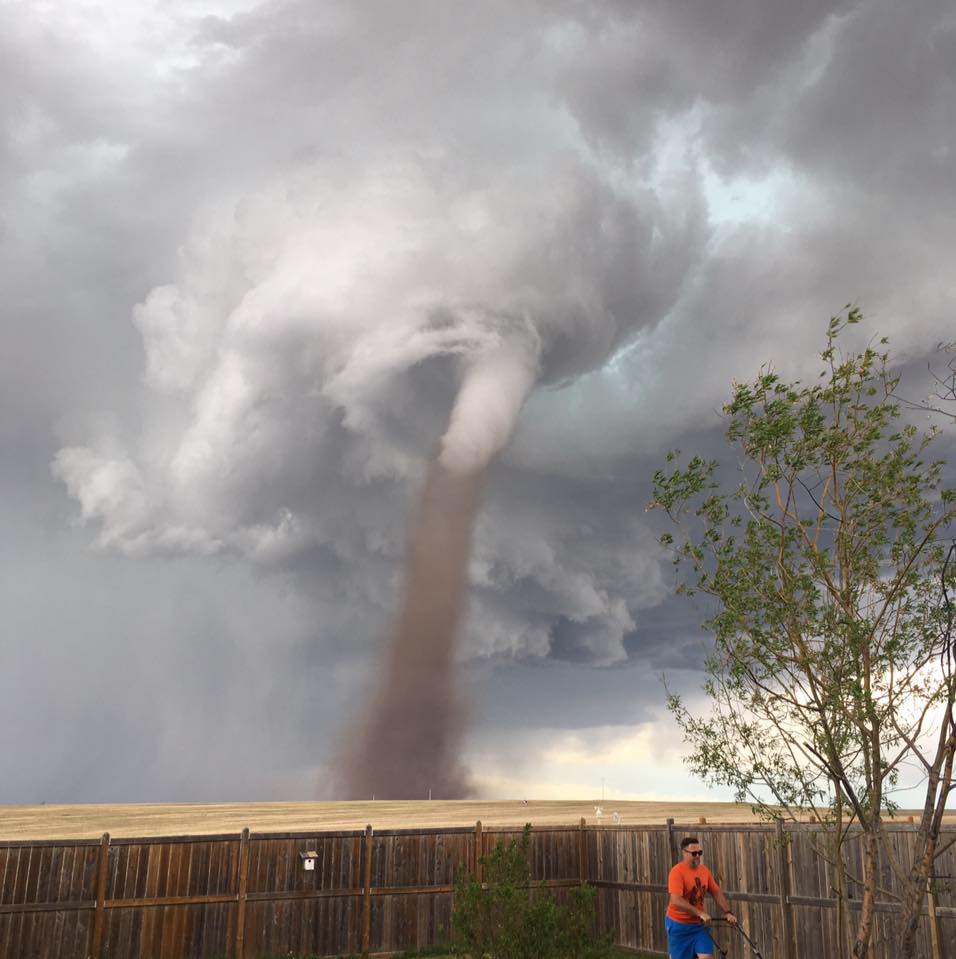 “I did ask him if he was coming inside with that thing in the clouds when I turned to come inside and he calmly said no.”

Theunis is actually monitoring the tornado’s movement and the only reason he didn’t retreat to safety is because he is “keeping an eye on it.” The tornado is farther than it appears in the photo and Theunis is aware that it’s moving away from their home.

When Cecilia uploaded the photo on Facebook, it was shared thousands of times. At the end of the day and despite people fearing for his safety, Theunis felt proud of his accomplishment – finishing the lawn and making it look nice.