A herd of cattle was spotted surrounding the body of a black bull hit in a vehicular accident on a main road in Ma On Shan in Hong Kong.

According to reports, the herd was crossing the road when a four-wheel drive vehicle hit the bull at around 7:35 am on Tuesday, November 3.

Because of the collision, the bull fell on its side spilling blood and suffered a broken front right leg.

Several companions of the severely hurt bull attempted to save it. 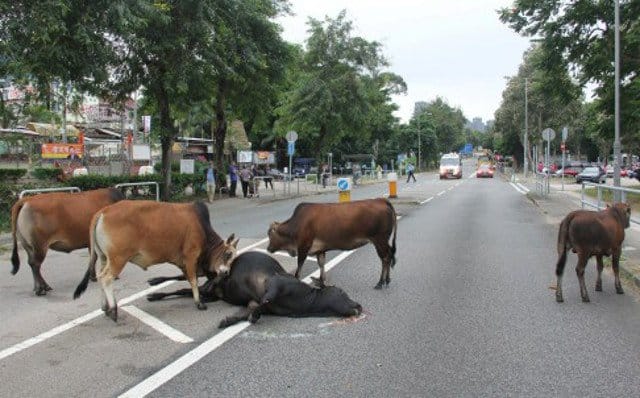 The 33-year-old female driver immediately stopped to call the police for assistance.

Bystanders were shocked to see the herd gathering around the injured bull as they tried to push the its body to the side of the road. 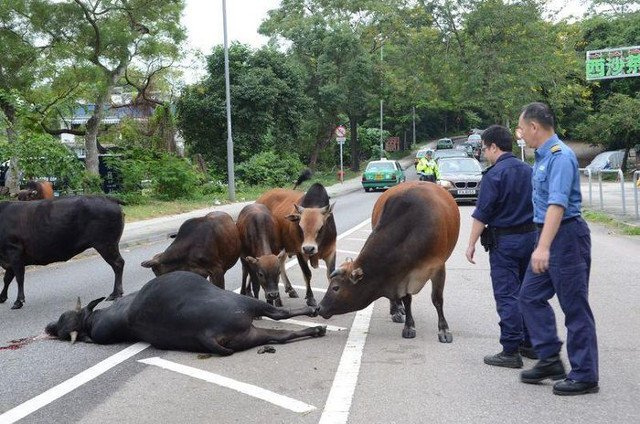 A report by Bastille Post revealed that the cows were even seen nudging against the bull’s body after failing to move it. 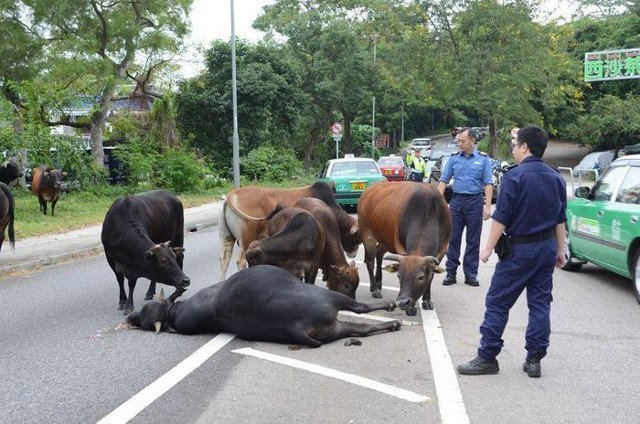 The herd refused to take notice of signals from impatient motorists. 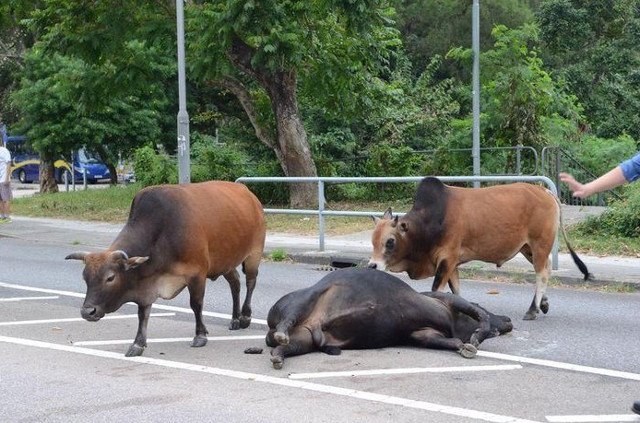 Speaking to SCMP, one witness said: “They wanted to help but it was no use. It’s tragic … They stayed at its side, encouraging it to move.”

Although officers from the Society for the Prevention of Cruelty to Animals tried to save the badly injured animal, the bull later on died at the scene.

Moments later, the police dispersed the mourning herd from the area.