Many people only get to see luxury cars like Bugatti in music videos or movies. Besides, these supercars do not often make an appearance on the road like regular vehicles do. But what’s a rare sight is one of these cars getting unwrapped for its customers. In the case of Bugatti Chiron, the delivery is for the first ever customer in North America.

YouTuber James, a.k.a. “The Stradman,” showed the somewhat meticulous process of unwrapping a supercar like Bugatti Chiron for its customer, who is a friend of his. The Stradman was at the premium car dealership O’Gara Coach, La Jolla in San Diego before the car arrived in a semi coming from customs. The Chiron is one of the world’s most powerful — and also most expensive (around $2.6 million) — cars in the world. And it’s no surprise that it should be carefully prepared so it’s in the best condition once it gets to the customer.

This Bugatti Chiron was just airfreighted from France to the U.S. 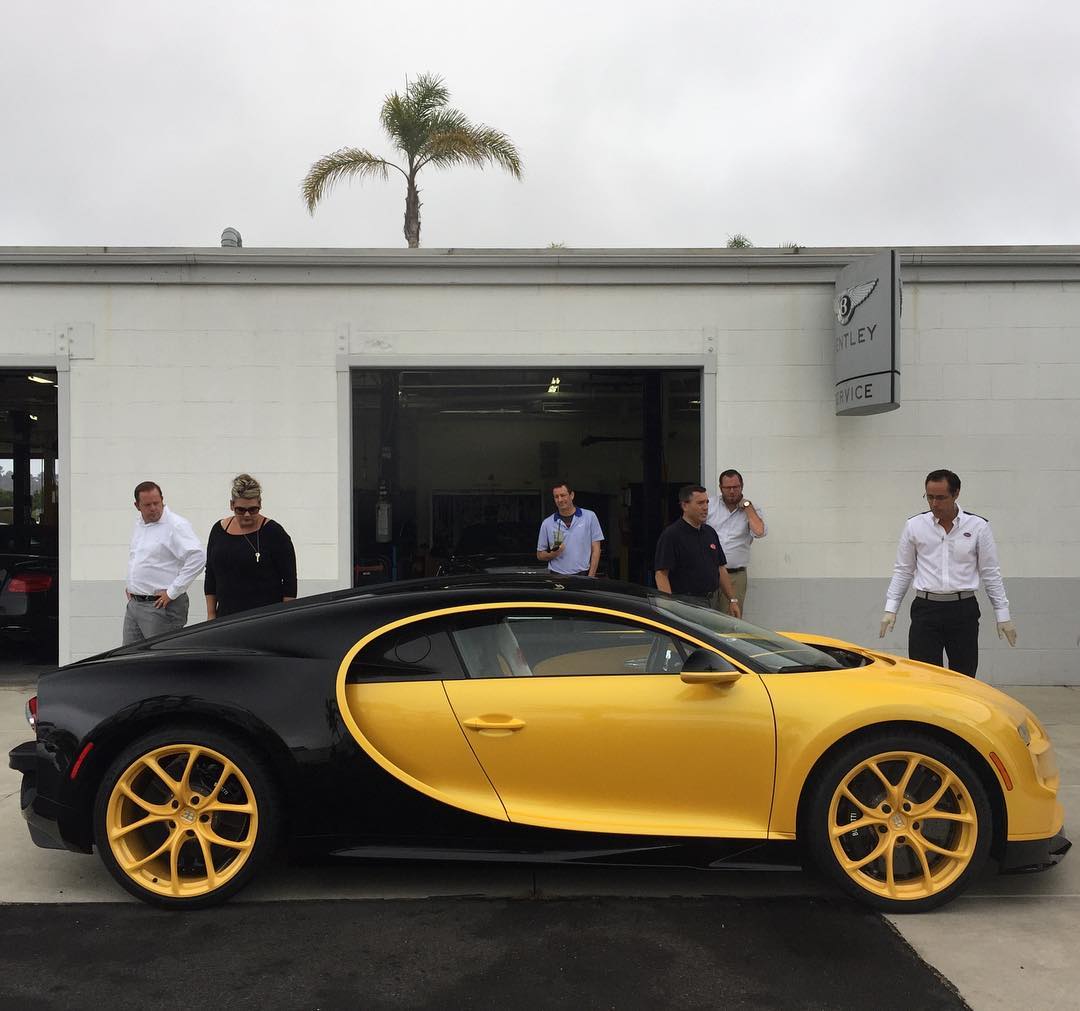 The luxury car arrived via DHL but it was held up in customs for its clearance. 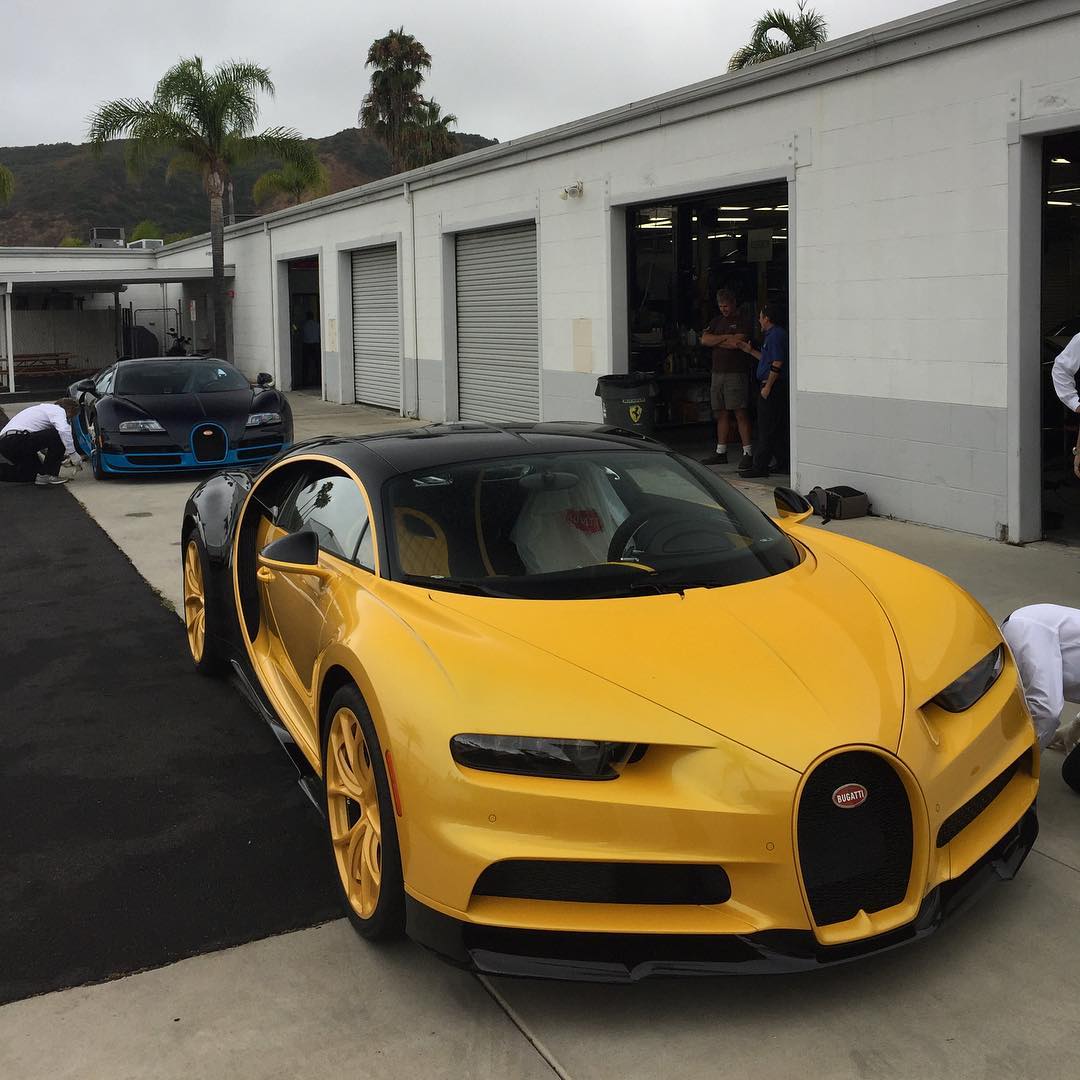 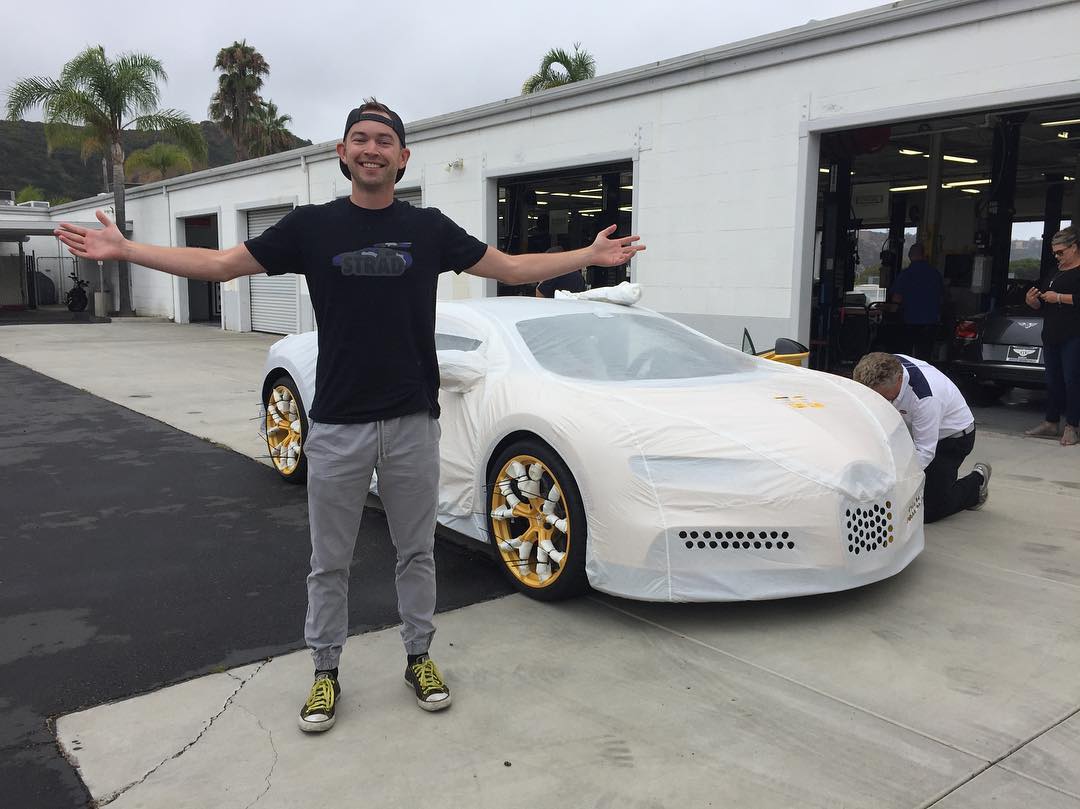 And a Chiron needs to be unzipped. 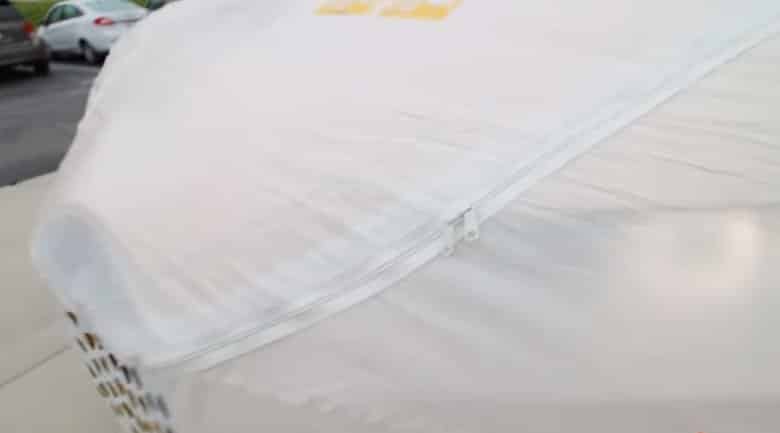 Even each of the wheel spokes had a protective covering. 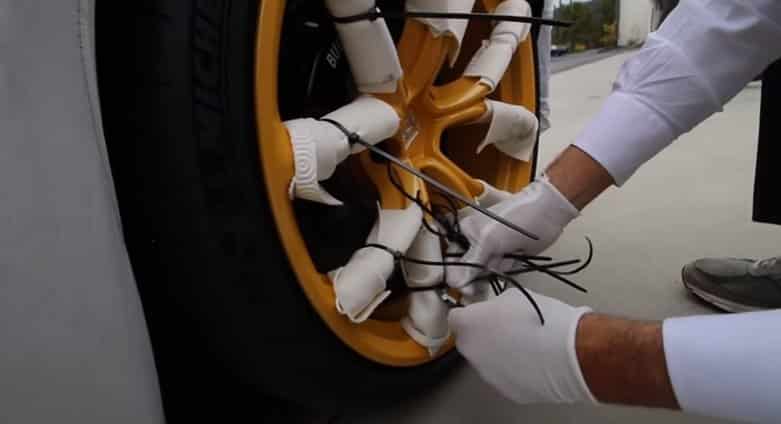 As TheStradman explained in the video, even the tiniest bit of sand that gets inside the plastic covering as it’s been unwrapped can damage the Bugatti Chiron’s paint. It can also be seen that people handling the car wore protective gloves.

They really have to take extra care of this precious baby. 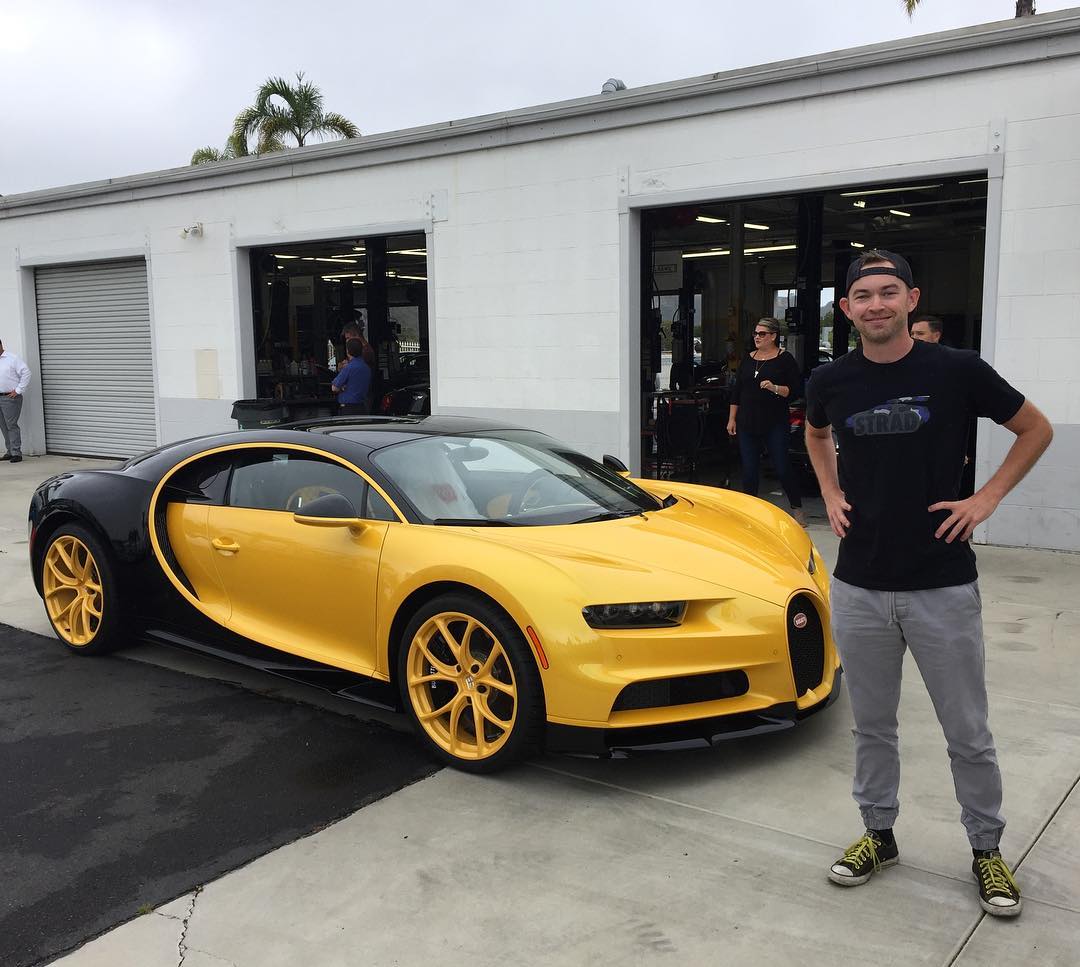 The Bugatti Veyron also tagged along with the Chiron to the U.S. 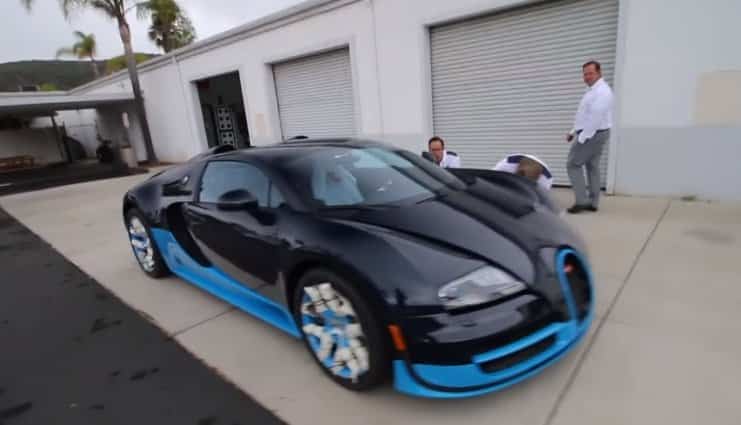 The Veyron is going to Monterey to be at the Monterey Car Week and also make an appearance at the 2017 Pebble Beach Concours d’Elegance.

Not only did the YouTuber show his audience what goes on in the unwrapping of the Bugatti Chiron but he also gets the chance to sit inside the awesome car.

Lucky guy gets to be inside this cool car. 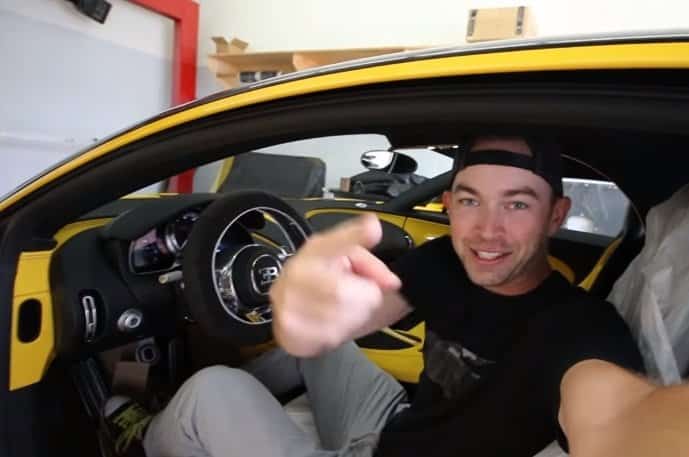 Just look at the odometer. 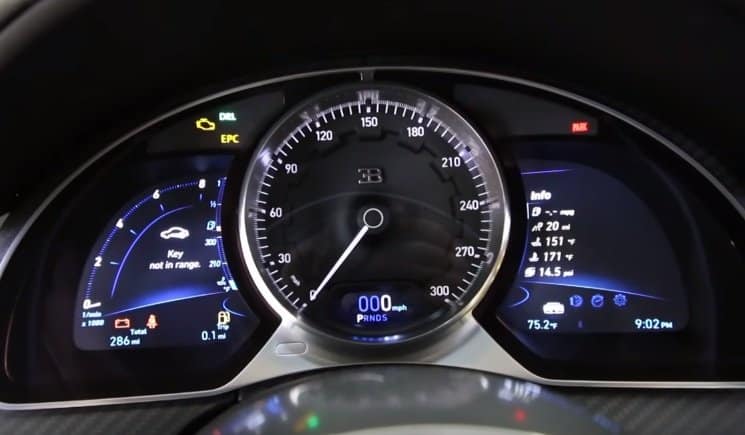 Want to see more of the Chiron? Check out the video below!