If Hachiko, the world’s most loyal dog, inspired millions of people in Japan. It’s quite opposite in China, where dogs are either slaughtered in the Annual Dog Eating Festival or forced to fight to death in a cage like gladiators.

“It was just for entertainment.”

This is the protest of one of the organizers, Shi Pan, 45, after being questioned on the vicious dogfight as a resort of their amusement. Six villagers in Sanjiao in Jishan at the Northern China’s Shanxi province defended that they have to be creative in conceptualizing other source of “entertainment” where hundreds of villagers and tourists from other sides of China will flock their isolated town.

They added that the canine battle gives their audience the thrill of watching two “gladiators” fight until death for several days in the commemoration of the finale of the Spring Festival celebrations.

“People in the city criticize our dogfights but they have all sorts of money to pay for entertainments which we don’t have access to. We have to organize things to entertain ourselves” they explained.

Winners are rewarded with a pack of cigarettes and a china mug. 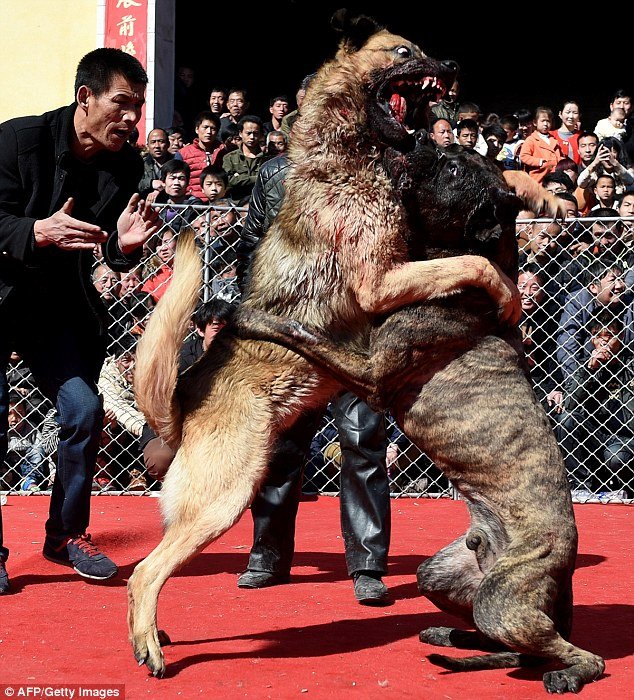 Winners are rewarded with a pack of cigarettes and a china mug provided that they let their dogs join the competition. Although Northern China annually hosts more than 100 festivals, dogfights have been a disturbing tourist attraction since its genesis.

Since China does not provide animal rights, no official complaints are filed. 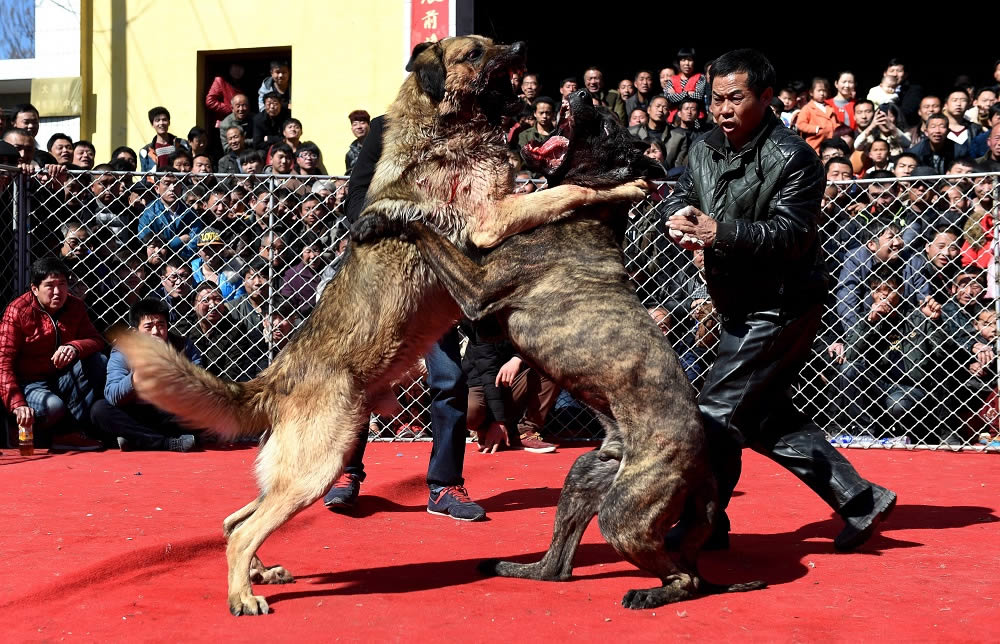 These shocking scenes drew outrage from animal rights activists in the country. 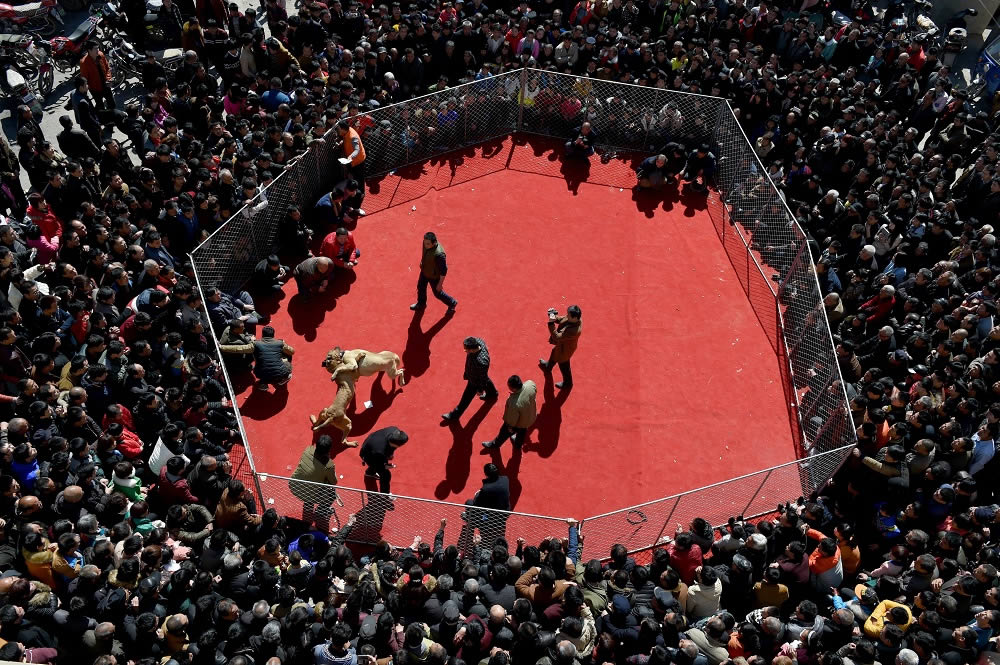 Imprisonment or Penalties are given to those who shall damage a dog or another animal owned by someone else. While the competition is open to all, some speculated that desperate participants would allegedly grabbed stray dogs off the street and claim they were their own.

“Events like these are exactly why we need a functioning animal cruelty law in China, because people do that they want and get away with it unless they know the law can stop them.” However, defiant Shi Pan said, “It was a great success, we plan to do the same thing again next year. And we don’t care what the people in the city say.”

This shocking dogfights are actully legal in Northern China. How Barbaric! 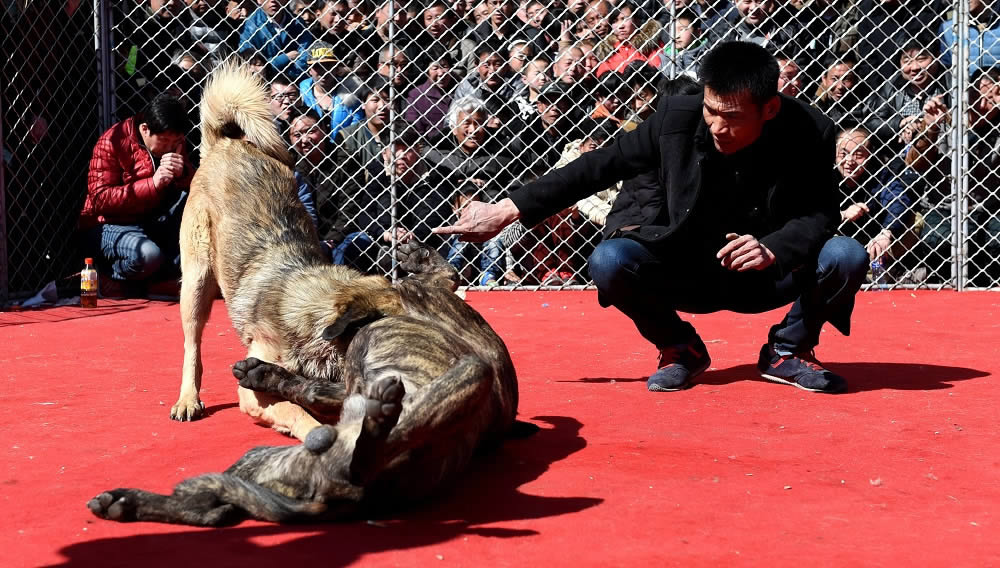 Everyone with their dogs are welcome to join the competition. 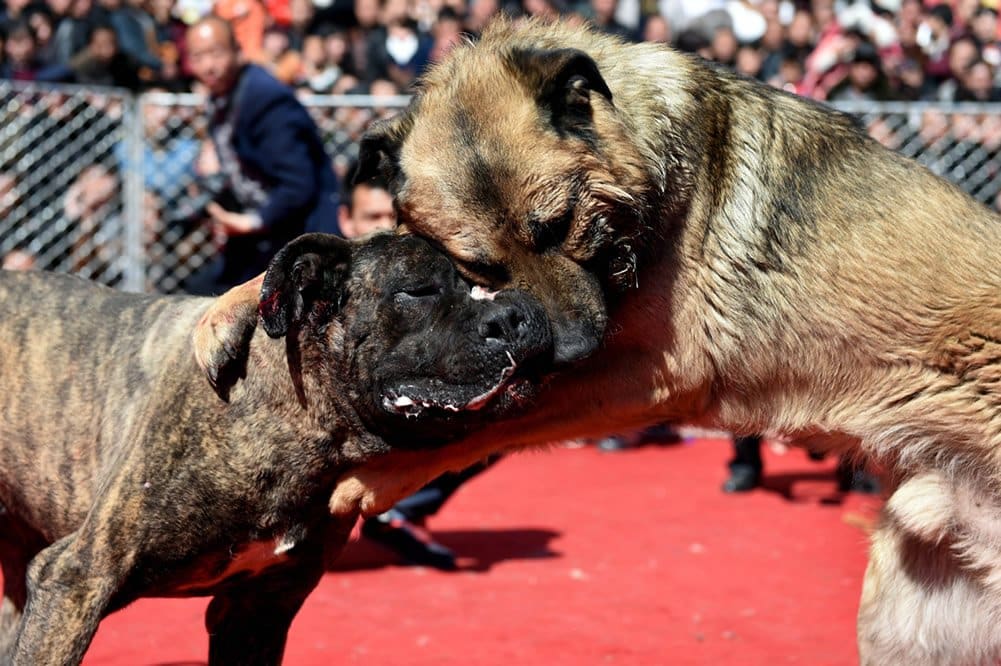 Hundreds of tourists and villagers flock to watch the ultimate canine battle. 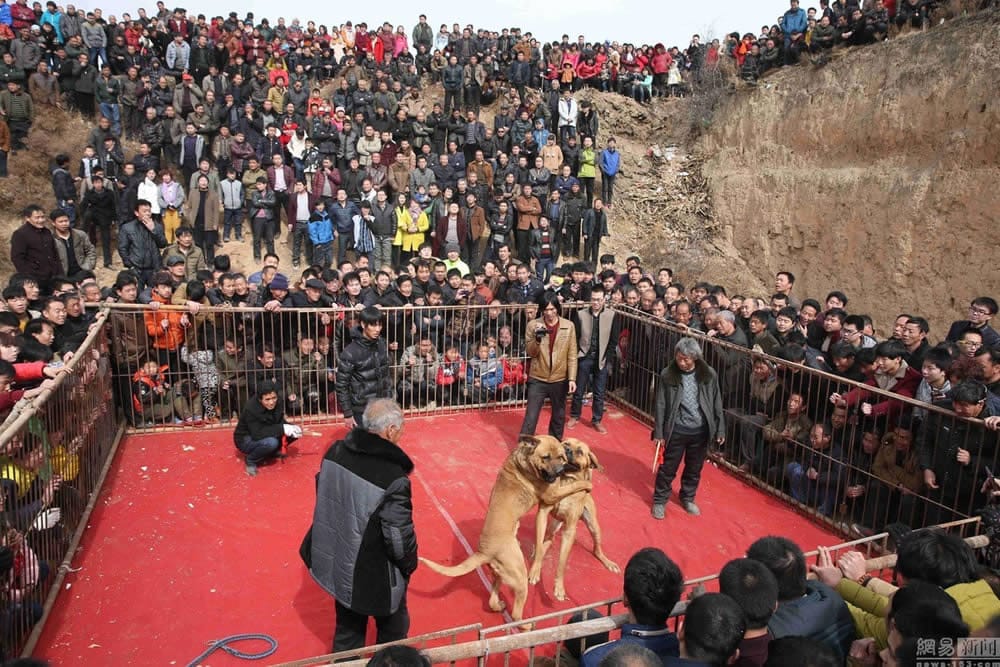 The dogs are forced to fight to the death in an arena. 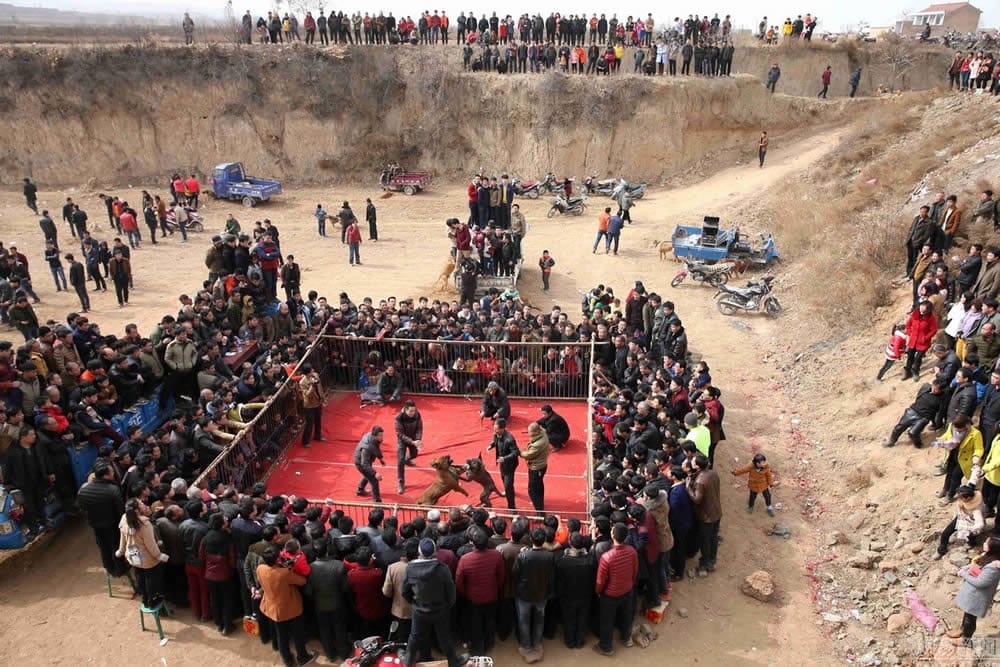 Top breeds of canines struggling for their lives thrill the audience. 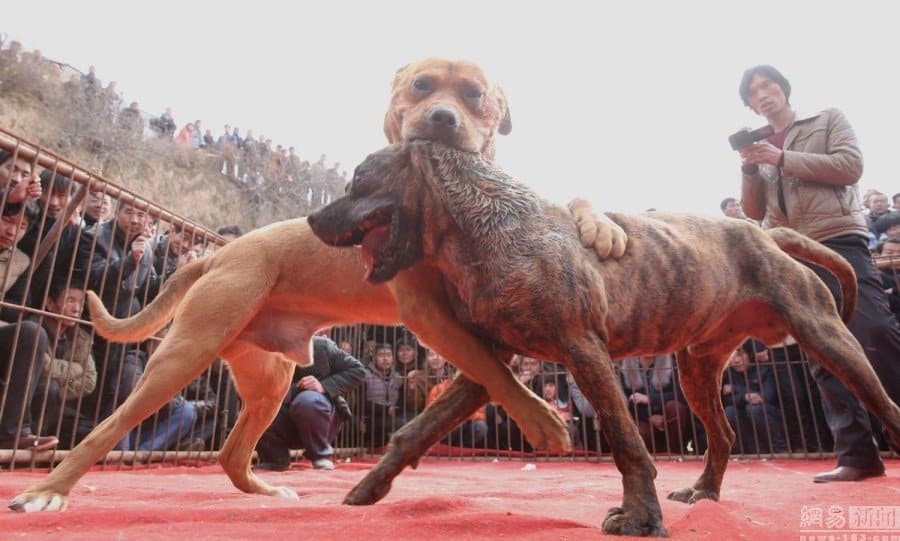 The organizers claimed the event was successful and everyone enjoyed the show. 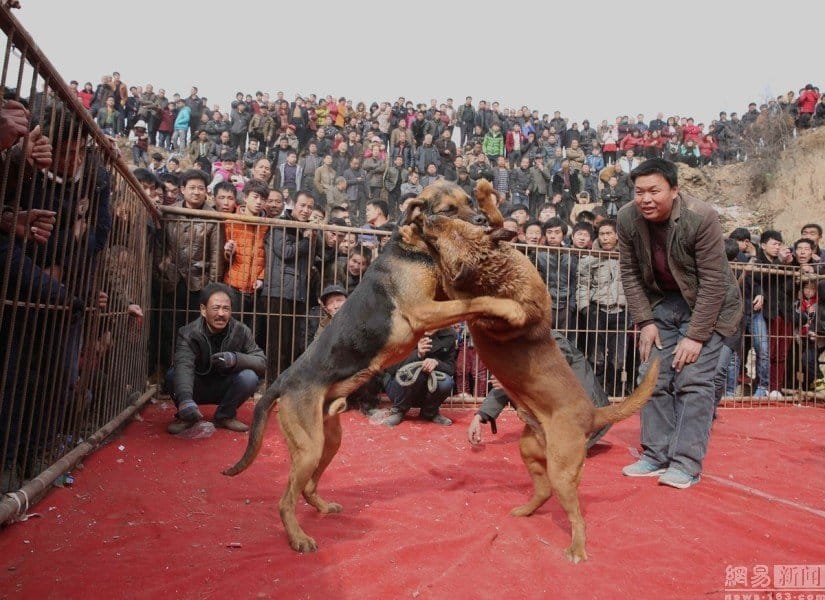 Except these poor dogs of course… they were fighting for their lives. 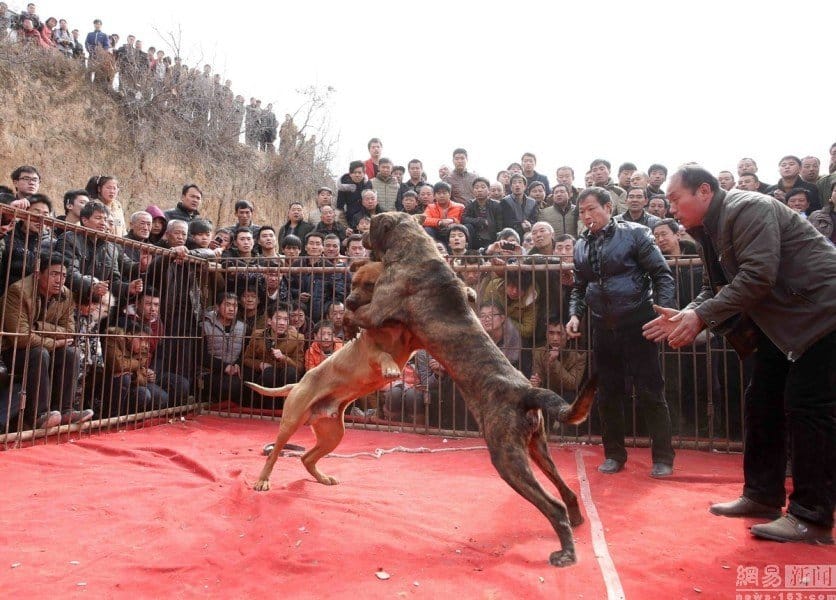 Shi Pan, the organizer, plans to make the traditional entertainment an annual gathering. 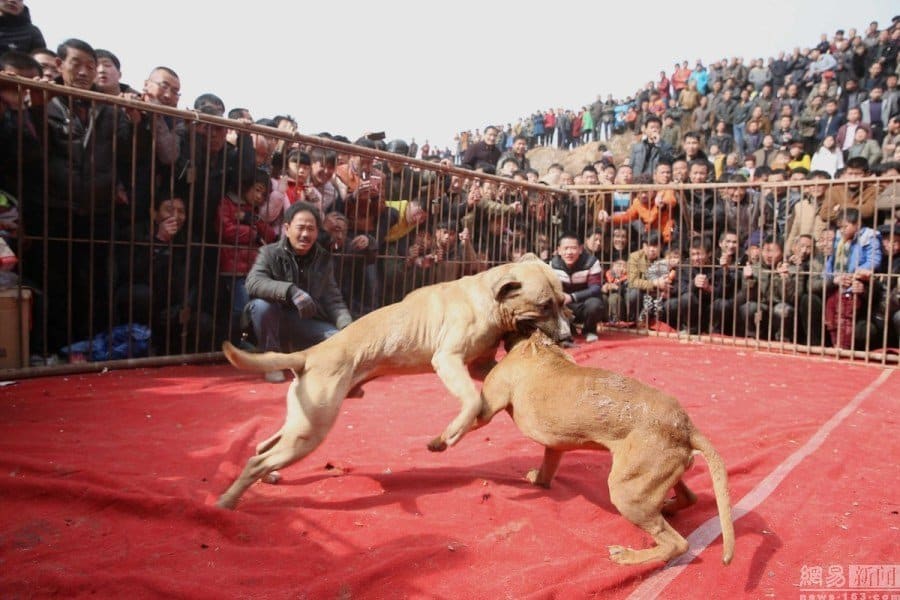 Share this article with your friends to spread awareness of the cruelty imposed on these dogs in northern China.