A 14-year-old boy and avid snake collector from Bundung Regency in Indonesia’s West Java province recently passed away after getting bitten by his pet cobra. The young boy even posted about the incident to his social media account to ask for help from his contacts. But 12 hours later, the boy, who was only identified as Aril, died.

The Indonesian teenager, while trying to take a photo of his pet snake, was bitten on his arm. Aril posted photos of his pet cobra and his wounded arm to his WhatsApp account.

The first photo posted by Aril shows the snake looking like it is ready to attack.

The photo was reportedly taken after Aril had given his pet snake a bath.

The second photo shows Aril’s bloody arm with a shoelace tied around it in an attempt to stop the venom from spreading to the rest of his body. 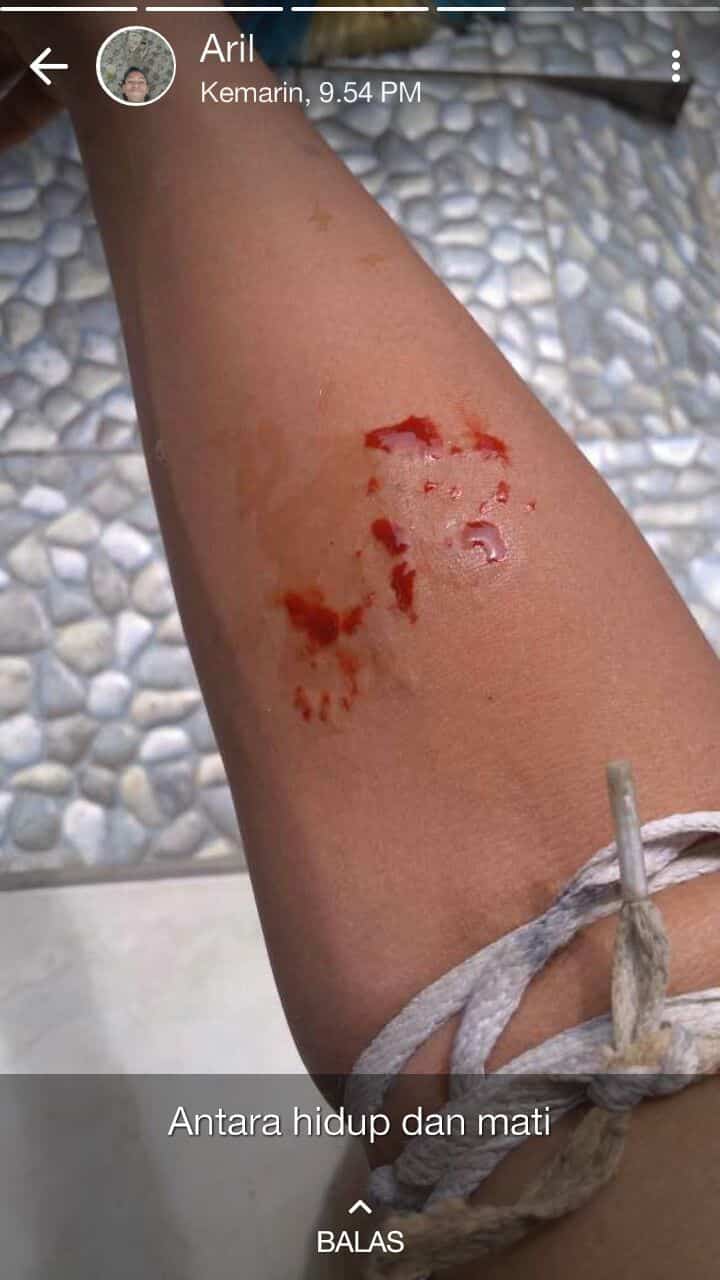 The photo was captioned: “Between life and death.” The boy’s mother said that Aril was home alone at the time of the incident.

She was at work and her husband was abroad, so no one could immediately attend to Aril. She was quoted as saying:

“Aril made the status not to show off, but to ask for help from his friends. Because no one came, he later wrote the status, ‘If anyone feels like they’re my friend, please take me to the hospital.'”

Some of Aril’s friends reportedly came to his rescue and took him to the nearby hospital. 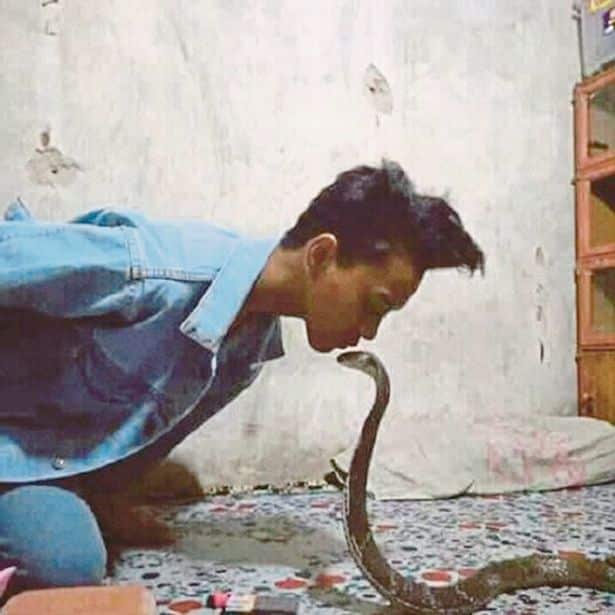 Sadly, he passed away 12 hours after the incident.

Aril was reportedly an avid snake collector who owned more than a dozen dangerous snakes. 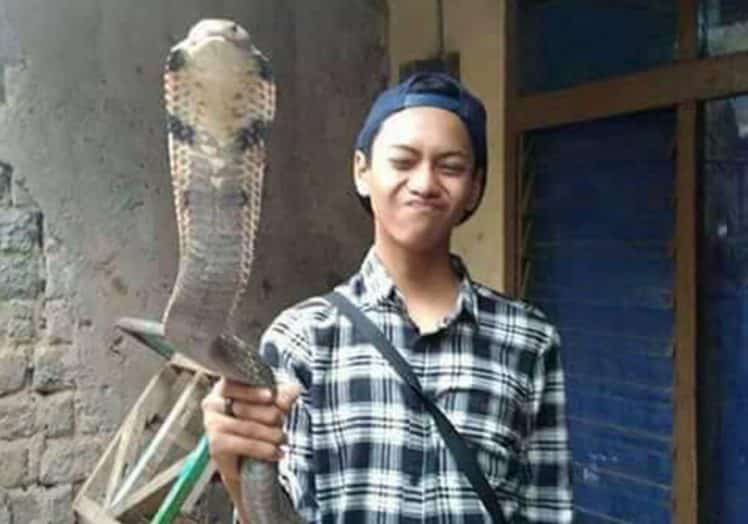 He also actively participated in different communities for reptile owners in Bandung. He would join dangerous street attractions that featured venomous snakes in order to raise money for disaster victims.