For someone afraid of snakes, I really couldn’t imagine putting myself in this boy’s shoes.

12-year-old Miller Wilson hails from Queensland, Australia and is already a certified YouTube celebrity having millions of subscribers since joining the video-sharing site just last March 2015.

According to his channel’s about page, the boy adventurer aims to “bring you closer to nature, from cute little creatures to downright deadly snakes, and all animals in between!”

He has gained a lot of online attention because he catches and touches animals using his bare hands.

Yes, you read that right – his bare hands!

Miller Wilson is a 12-year-old YouTube star who loves interacting with animals – even the deadly ones. 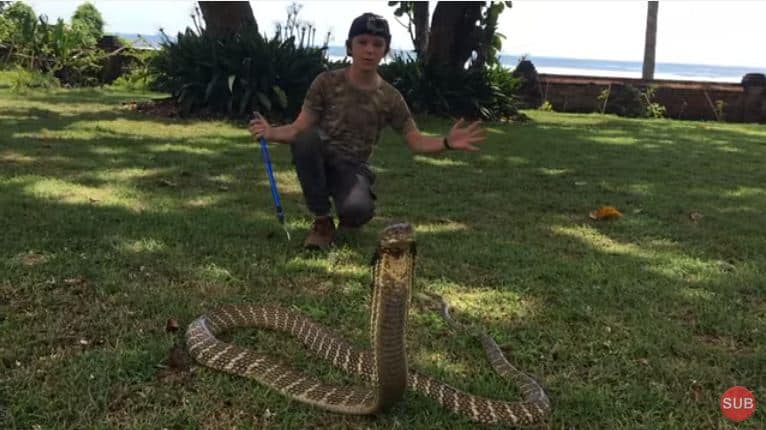 That’s exactly what he did in his latest video where he traveled all the way to Western Bali where he managed to touch the head of not one but two king cobras.

At one point, he even fearlessly grabbed a venomous serpent by the neck. 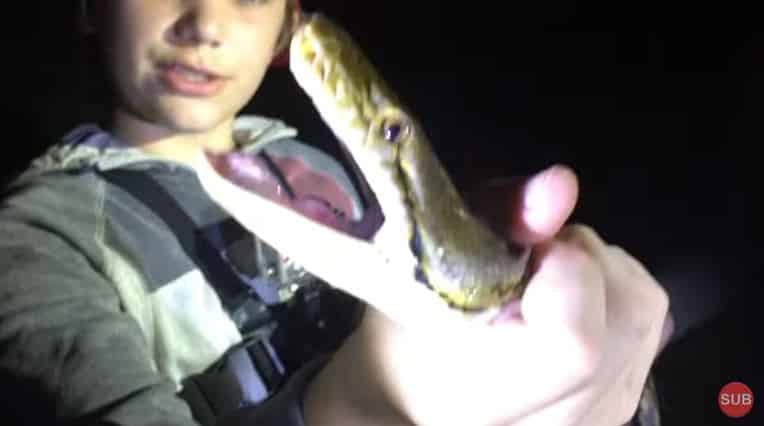 To give you an idea how dangerous that is, you have to remember that a single king cobra bite has enough venom to kill an adult elephant.

In the video description, Miller writes:

“We have traveled to Bali In order to find one thing… ANIMALS, and before I went, I found a group of people called the “Bali Reptile Rescue” – and after organizing for me to be with them for 3 days, I was very excited!

But still I had no idea what was going to happen… And after the 3 day experience, I managed to find Pangolins, Stingrays, Loads of snakes, Porcupines, Lizards, but most importantly COBRAS!! But the thing to top that all off was I managed to touch 2 KING Cobras on their heads, without them being restrained!! It was such an AMAZING experience and I will 100% be going back!”

Frankly, I don’t know how the boy does it but one thing’s pretty clear to me – I would never attempt to pull such a crazy stunt.