International boxing superstar Manny Pacquiao may be a charismatic and beloved fighter, but he should rethink his post-boxing career path.

Pacquiao is currently a congressman in the Philippines, representing the lone district of the province of Sarangani. He is also running for senator under the United Nationalist Alliance party in the country’s upcoming polls on May 9.

On Monday, February 15, a Philippine media outfit did a story based on its interview with Pacquiao. Apparently, the boxer-politician was asked for his stand on a number of issues. Among those issues was same-sex marriage.

Manny Pacquiao was animated as he explained his stance. 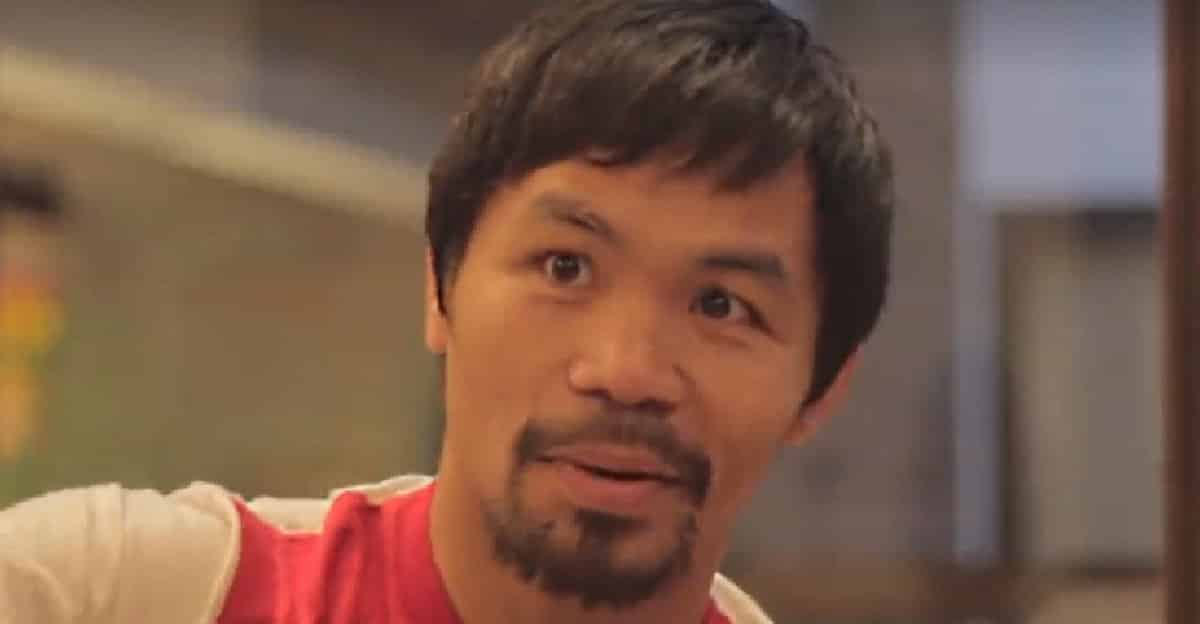 Keep in mind that the Philippines, which is a predominantly Christian country (mostly Catholic), remains conservative. So, it may be said that Pacquiao, who became a devout Christian a few years back, merely echoed what religious leaders of his country have been saying.

The boxer had this to say about people in same sex unions: “Woman was made for man, man was made for woman. It’s common sense. Will you see any animals where male is to male and female is to female? The animals are better. They know how to distinguish between male or female.”

He added, “If we approve male-to-male, female-to-female pairings, then man is worse than animals.”

Popular US blogger Perez Hilton was one of those who slammed Pacquiao for his statements. Hilton referred to the boxer’s stance as “barbaric.”

“Look, if your religious beliefs prevent you from accepting same-sex marriage, that’s on you. That’s YOUR idea of propriety. But there’s absolutely no call to demonize and denigrate gay people by comparing them to animals just because their love is something YOU’RE unable to accept,” Hilton wrote.

With the backlash fast and fierce, it must have finally dawned on Pacquiao’s campaign staff that he should issue some sort of apology.

Pacquiao did just that, posting a video on his official Facebook page. In it, he said, “I’m sorry for hurting people by comparing homosexuals to animals. Please forgive me for those I’ve hurt. I still stand on my belief that I’m against same sex marriage because of what the Bible says, but I’m not condemning [the members of the] LGBT [community]. I love you all with the love of the Lord. God Bless you all and I’m praying for you.”

Despite this fiasco, people still think Manny Pacquiao will be elected as senator of the Philippines.