Belgian artist Mikes Poppe initially planned to free himself from the chains attached to a giant block of marble – a feat that was supposed to show people the “burden of history” that artists cannot get away from. However, his plan somehow “failed” as Poppe had to be rescued and cut loose after 19 days.

Poppe had to endure 438 hours of the performance. He slept, ate, washed and drew while he was chained. He’d worked to chisel himself free from the stone but eventually, he realized “it’s not possible.” 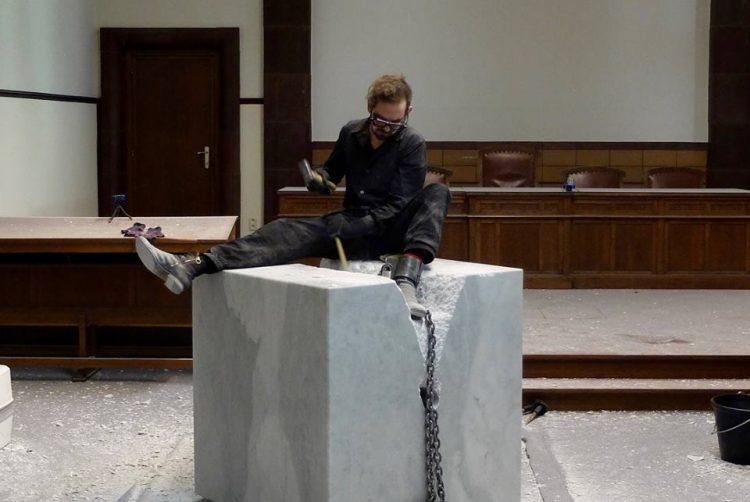 His leg was attached to the chain buried in the three-ton block of marble in the Ostend courthouse. 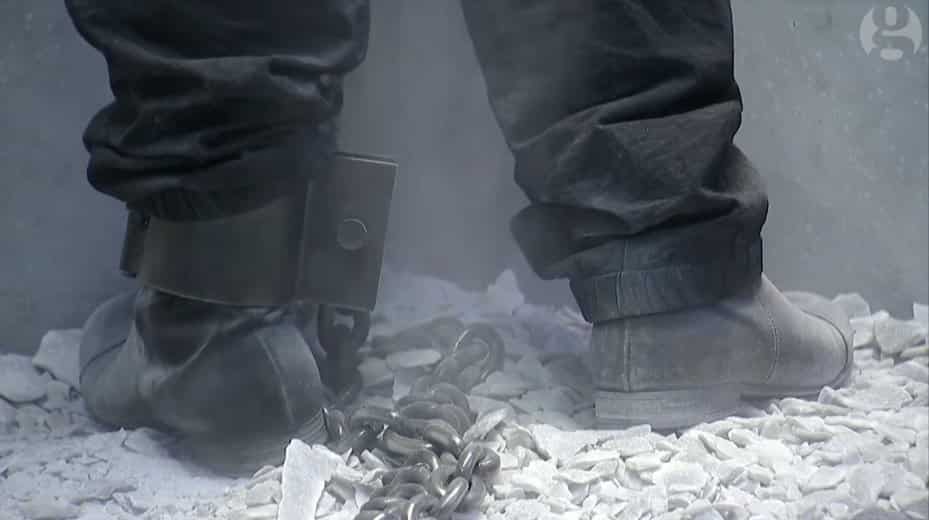 Poppe washed, drew, slept and ate in the courthouse while being chained. 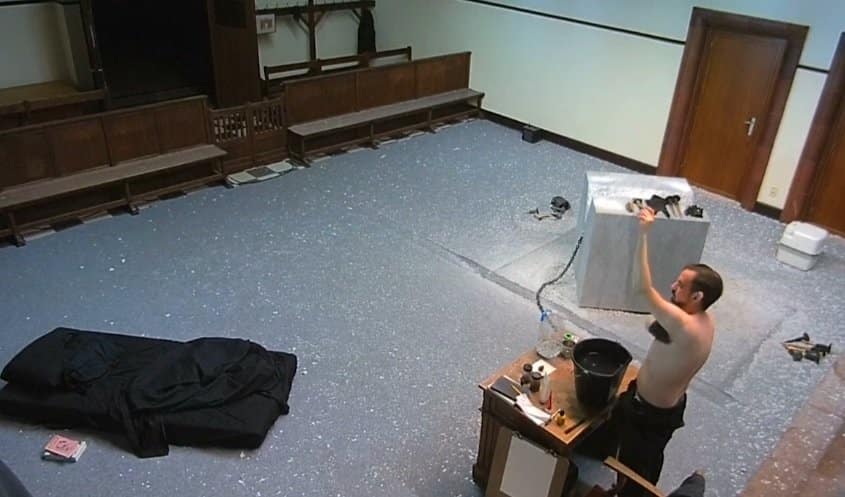 Poppe’s performance was live-streamed and then he realized he could not free himself. 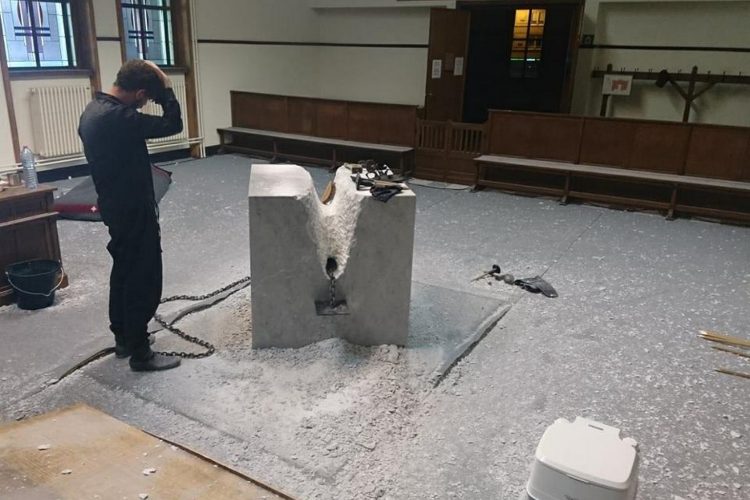 Most people would consider Poppe’s inability to escape a failure. But for the artist, it’s anything but a failure.

The curator had to get him free using tools after 19 days. 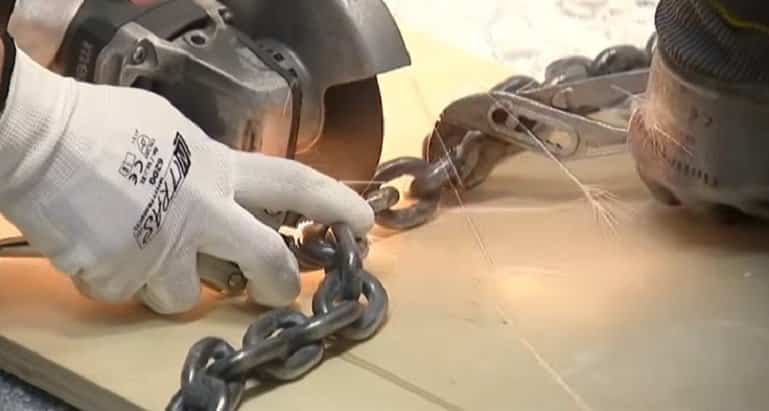 Poppe said he had no regrets about the performance. 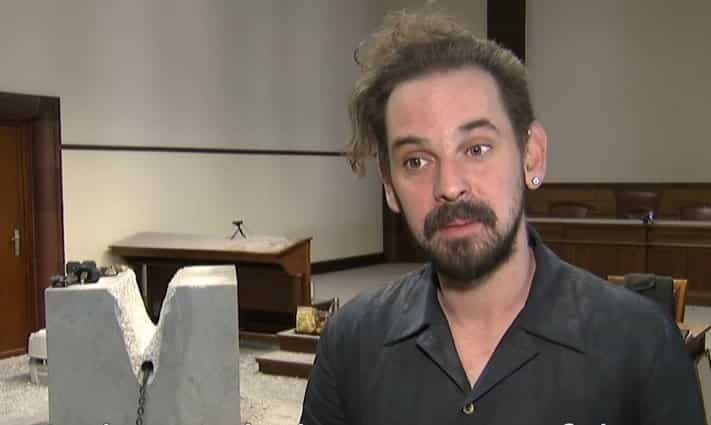 According to the artist, getting himself out of the marble block was not the ultimate goal. The most important thing is that he got his message across. He said, according to Flemish news, Het Laatste Nieuws daily:

“I don’t see the fact that I was freed as a failure. On the contrary, I was able to communicate with the public, a message of hope and despair has been expressed. The act of getting free in itself was not the main goal.”

As stated on the art exhibition’s official website, the block of marble that Poppe was chained to was a Carrarra marble. This high-quality marble is a type used by sculptors and it symbolizes “the great art-history traditions.”

“The artist experiences those traditions as both a blessing and a curse, Sometimes one has to break through the fixed mindset to find one’s own voice.”

But Poppe admitted that chiseling his way out of the block was more difficult than he had initially thought.

“I really underestimated that block of marble, because initially I thought I would only need 10 days. But you cannot win a fight against time, and you can never separate yourself from history.”

What do you think of this performance artist? Share your thoughts down below.