This dog makes a better FIFA goalie than most.

This is Purin, a nine-year-old beagle from Japan who has the unholiest obsession with becoming a legitimate football goalie someday. Maybe at the upcoming 2018 FIFA World Cup. For canines. 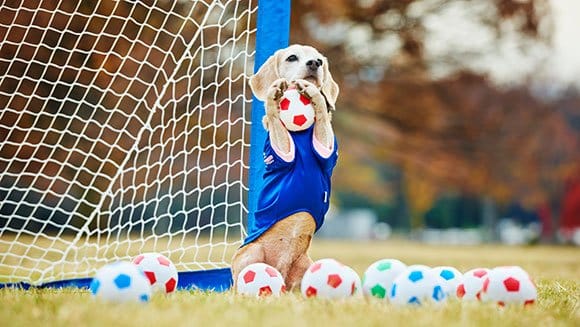 Purin is so much in love with the sport, she has convinced her human to train with her everyday, tossing dog-sized soccer balls which she prevents from hitting the goal net by catching them in her furry paws.

The pretty pup with her fluffy ears is so good at what she does, she has actually made the Guinness World Record for stopping 14 balls in their tracks inside of a minute!

Her human, Makoto Kumagai, who lives with Purin in Sakura, Chiba in Japan revealed his amazing canine companion is a multi-talented athlete who can skateboard, skip rope, walk on her hind legs, and balance on a giant rolling ball without falling off! 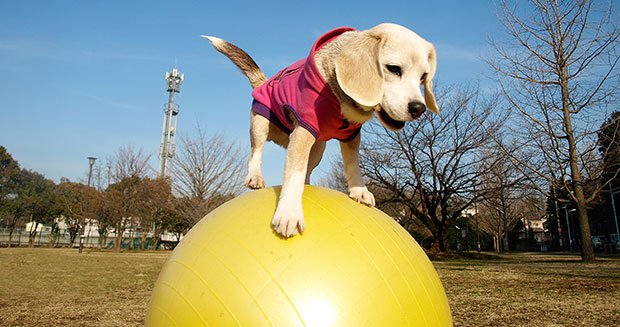 According to Kumagai, who describes Purin as a calm and happy beagle who is competitive and always eager to play, the dog has been with him since she was a pup, and one of their bonding moments consists of spending 15 minutes a day practicing her goalie skills.

Prior to making the Guinness’ Book, where you will soon find her featured in the 2016 edition of the tome, Purin actually made two other records with her goalie skills. Last year, she caught 11 balls within the space of a minute!

Like the little lady she is, Purin doesn’t use any other part of her body to save the balls from the net, she only uses her paws. Standing on her hind legs, eyes sharp at attention, the floppy-eared pup can snag more balls than an actual FIFA World Cup goalie in a single game!

Stretching up to meet the ball. 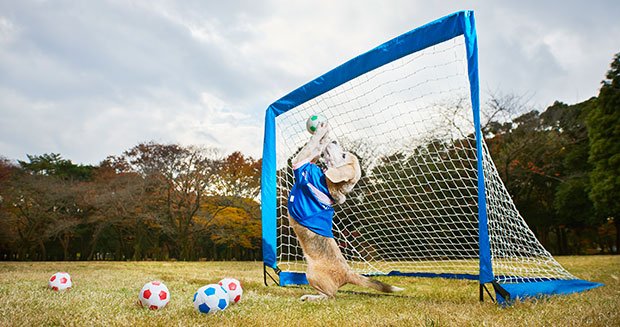 Now where can we buy tickets to watch this dog play?